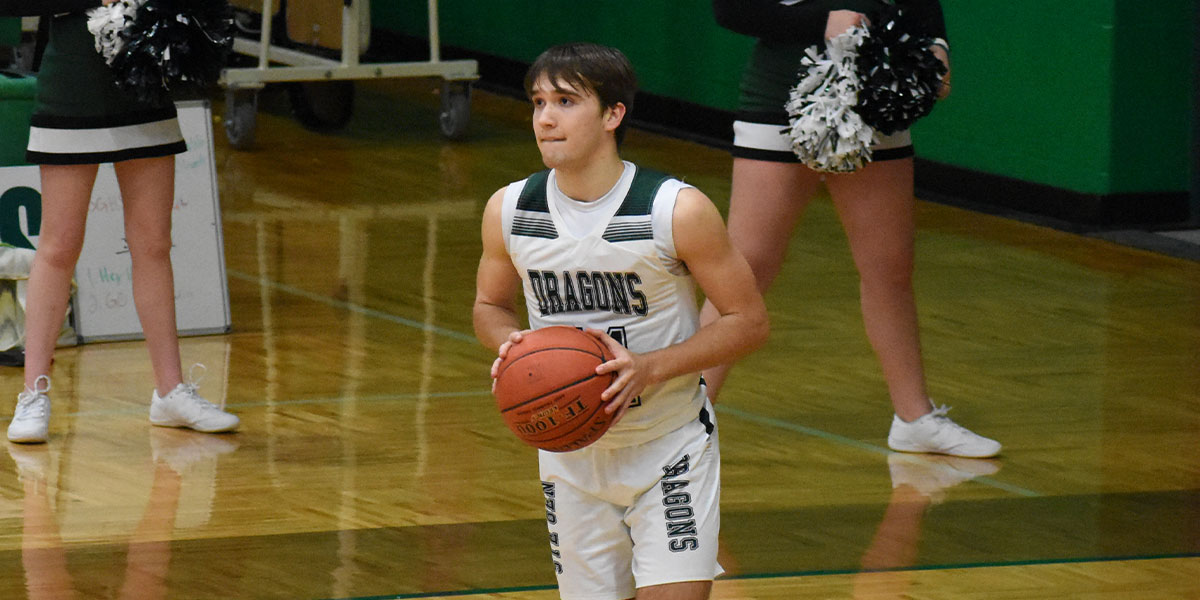 The Dragons came into this game fresh off of a convincing win against the Fredericktown Blackcats and on a two-game winning streak. The momentum from the streak carried over into the first quarter of this game. The Dragons scored 17 points in the first and held Central to just 14.

The Rebels turned things around in the second and began to score the ball more efficiently. They attacked the rim and did a good job of getting to the free-throw line. They scored 19 in the quarter and held Ste. Gen to just 14. Central held a 33-31 lead at halftime.

Ste. Gen made some adjustments at half and came out of the locker room locked in defensively. The Dragons attacked the Rebel’s zone defense well at went up by six points midway through the third quarter. They outscored Central 13-8 in the third and took a 44-41 lead into the final eight minutes.

With a trip to the District Championship on the line, the Rebels shut down the Dragons’ offense. They could only muster up five points for the entirety of the fourth quarter. Park Hills rallied to take the lead and scored 14 points in the fourth. They locked up the 55-49 win and sent Ste. Genevieve home for good.

Aiden Boyer led the team in scoring with 14 points. He dominated on the glass the entire game and pulled down a team-high 20 rebounds. Rudy Flieg was just behind with 13 points and ten rebounds. Ricky Hunter scored eight points while Blake Morganthaler and Logan Trollinger each had five. Anthony Nash was the only other Dragon to score. He had four points and five assists.

The Dragons ended the season 16-9. This Ste. Genevieve team fought through a season plagued by COVID and winter weather. The Dragons overcame a lot throughout the year and fell only minutes shy of a district title.

“I think the season went pretty well besides some incidents with COVID and snow canceling games,” Trollinger said. “I think the team has a very bright future and hope to see everyone keep getting better in the offseason.”

Trollinger will be graduating and moving on from Ste. Genevieve next year. The younger Dragons are as motivated as ever to improve and grab that district title that eluded them this season.

“We had a great season and it’s going to be different without the seniors,” Hunter said. “I think we have a lot of talent moving forward to get to districts and win next time.”

The Dragons are hungry. One can only assume they’ll be back.