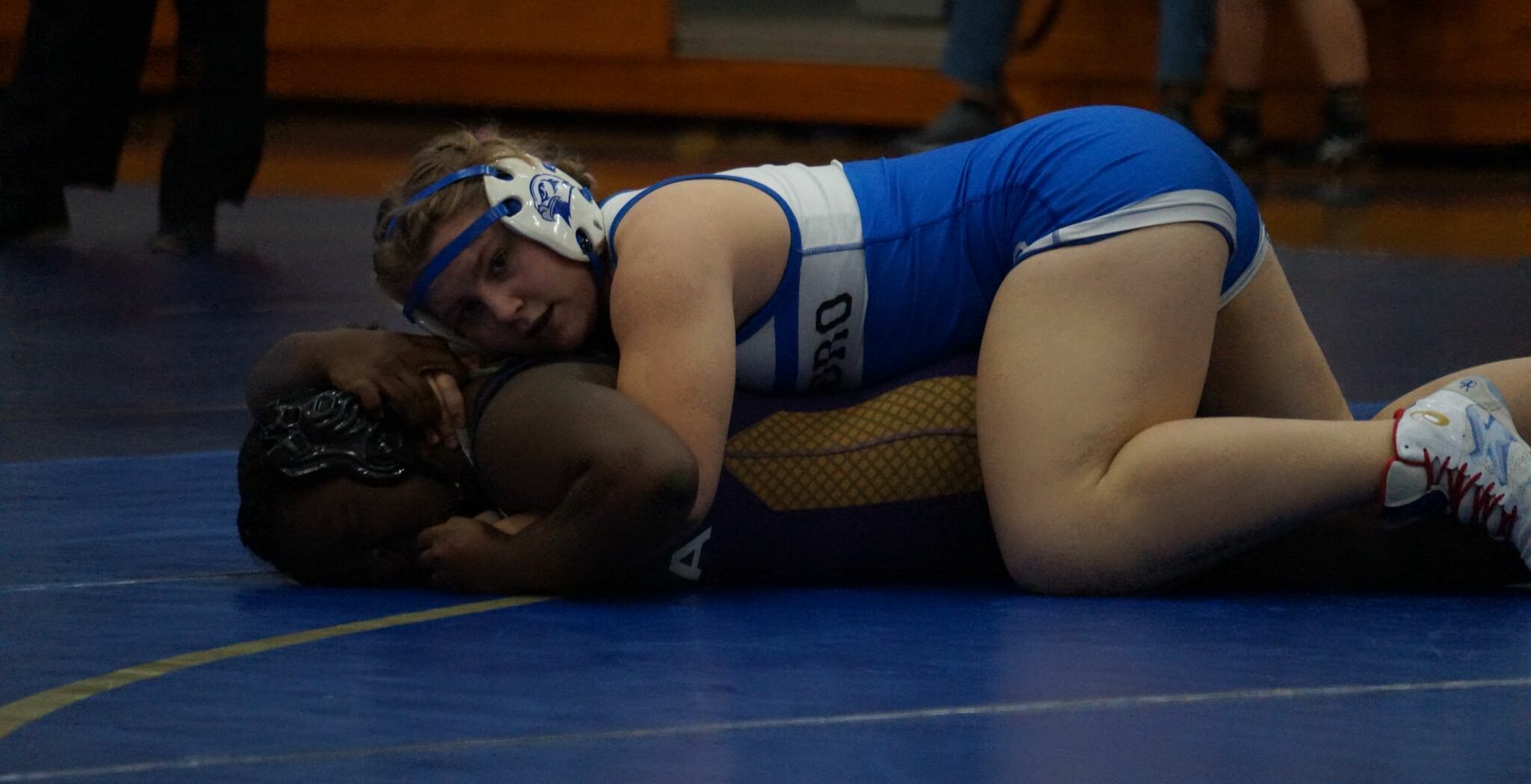 The girls team has been quite successful so far this season, with surprising results coming from the freshmen who’ve given the team a boost. Head Coach Jeff Hoese was quite pleased with the outcome, and said, “I’m very proud of how the Lady Hawks wrestled.”

Wrestling at the 137 lb. weight class was freshman Katie Hendrix. She had arguably the toughest bracket in the tournament, and shut out her competition 4-0. In the finals she beat a very good wrestler from Sikeston to earn the gold medal. Hendrix has been on a role as of late.

Entering the tournament at 235, veteran senior Marissa Hudman went 1-2. Hudman has been a force for the Hawks and has turned into a mentor for the underclassmen. “She is getting in her groove and has stepped up as the team leader,” said Hoese.

Blake Jackson, who wrestled at 126, destroyed his competition, going 5-0, with four pins and one technical fall. Jackson was pleased with the outcome but knows there is more work to do. He said, “We did well at the tournament and I think the team looked good, but we must keep improving as a team so that we can win more, and so everyone can get better individually.”

Also at 126, Keegan Walther did quite well, going 3-1, with three pins. Walther commented, “My team did well for our first JV tournament. We still need to work on the basics, such as standing up, and our mental focus during the match, so we can get to the later minutes of the match.”

The Hawks have a glut of talent at 132, and entered four wrestlers at that weight class. First at 132, Logan Johnson swept his bracket, going 4-0 with three pins. In the same weight class, Brian Duwa went 0-1, Gabe Speed went 0-2 and Eli Hays went 1-0.

The Hawks will be back in action on Wednesday, December 23, in a quad dual at Liberty-Wentzville with Lindbergh and Timberland.