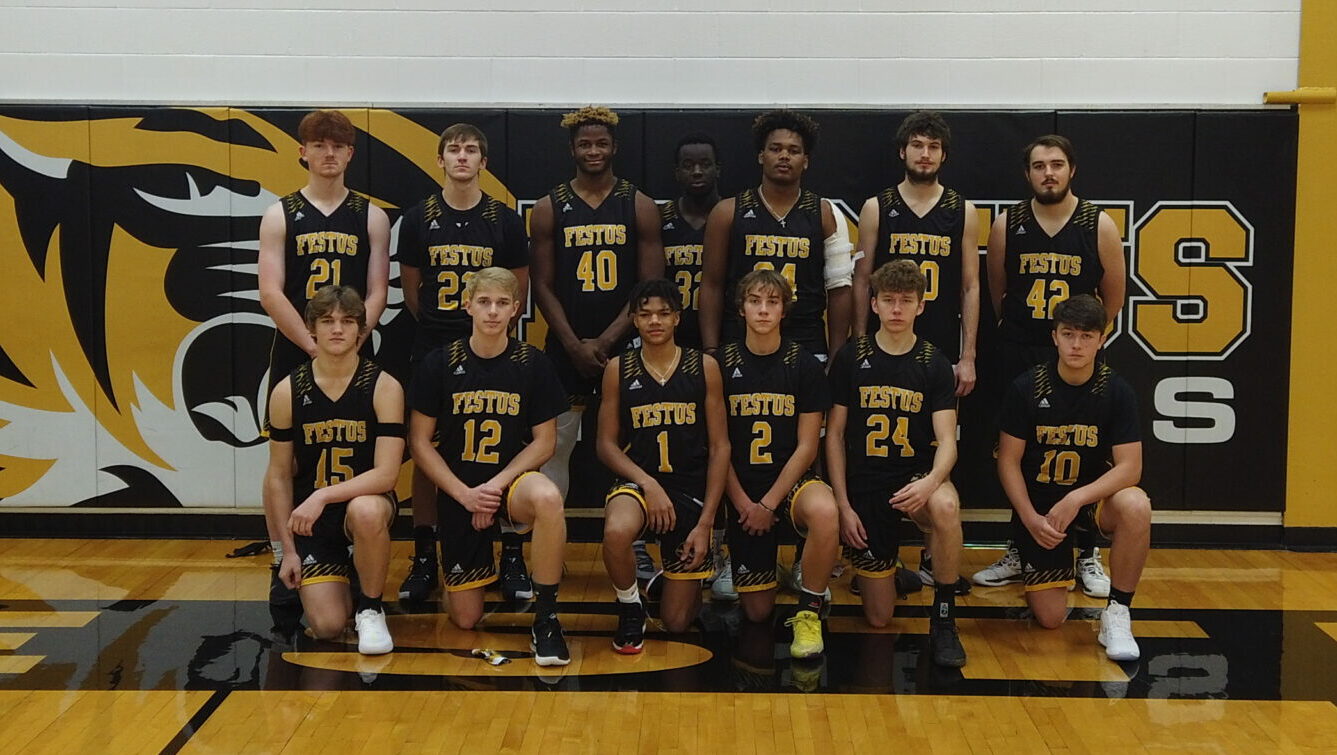 Six returning players, mixed with four newcomers and three transfers, could provide the depth necessary to make a strong run.

With basketball season just around the corner, the Festus Tigers are preparing for battle. Last season’s 12-14 record, and loss in the district semifinal game, wasn’t what the Tigers had planned on. This season, with six returning varsity players, including the top four leading scorers, could bode well Festus.

After losing only two players from last season, Austin Coale and Jacob Raye, Head Coach Jason Therrell sees the number of returners as a key strength. Back this season are Arhmad Branch, Cole Rickermann, Collin Reando, Collin Weinhaus, Connor Westhoff and DaMarion Anderson , which should make up the core of the roster. Therrell said, “I anticipate them doing well again along with many of the other players. My expectations are that we work hard and are unselfish.”

There are also four newcomers to Varsity. JD McDowell, Evan House, Tyler Meyers and Garrett Tidwell all have the potential to earn a starting spot. Therrell noted, “These kids have worked really hard and put themselves in a great position to compete on the varsity level.”

In an exciting twist, Festus also will look to include three transfer students. Ethan Carroll, a transfer from Seckman, Kaian Roberts-Day moving from Joplin, and Desmond Davis coming from Caruthersville, could be the missing ingredients to round out a solid roster.

One thing unclear at this point is where the football athletes will fill in once their season is over, as the football team has been on a roll, and is still alive in the MO state playoffs. Those players have not been participating in basketball practice and may need some time to catch up.

The schedule looks to be challenging, with anticipation of a lot of tough games, including against Hillsboro, Park Hills, Farmington, North County, DeSoto, Eureka, South Iron, and Windsor. No team is being overlooked as an easy win. Whatever the season throws at them, the Festus Tigers will be prepared.

The first game of the season for Festus will be a non-district away game against Pacific at 7:00 P.M. on 12/1.