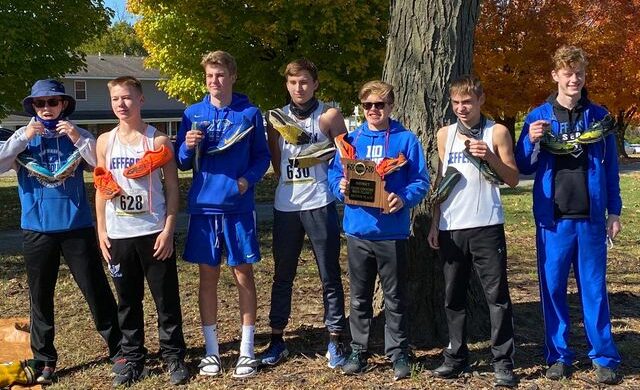 The Jefferson Blue Jays see all nine of their runners qualify for the upcoming Class Two State Finals, with the entire boys team qualifying for just the second time in school history.

The Blue Jays finished with 52 total points on the boys’ side, beating out third-place Bishop DuBourg, which ended with 73 points. Steeleville High School won the meet with 21 points.

Junior Jeremiah Chipps and Sophomore C.J. Johnson had the top two times for Jefferson, with Chipps finishing in ninth place with a time of 18:55.7 and Johnson finishing 11th with a time of 19:03.8. While Chipps and Johnson were both impressive, it was the effort from Sophomore Ian Ehrhardt that put the Blue Jays over the edge. Ehrhardt finished 15th and set a personal record with his time of 19:46.2.

“The big surprise on the day was Ian Ehrhardt,” Rhodes said. “It was a close race all the way that had us all cheering him on at the finish line, hoping he could hold the other runner off for the last 100m.”

The Blue Jays only had two runners compete on the girl’s side, but both Sophomore Kaelyn Nilson and Junior Hannah Wigger performed well enough to qualify as individual runners for the upcoming state meet. Nilson finished sixth out of 33 runners with a time of 22:49.0, and Wigger finished 11th with a time of 23:29.2. 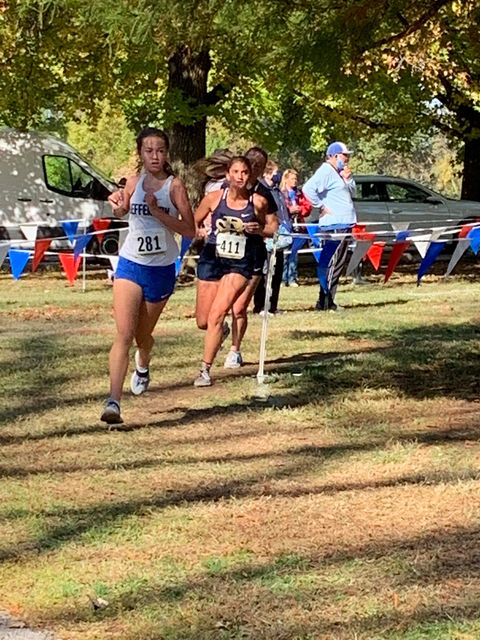 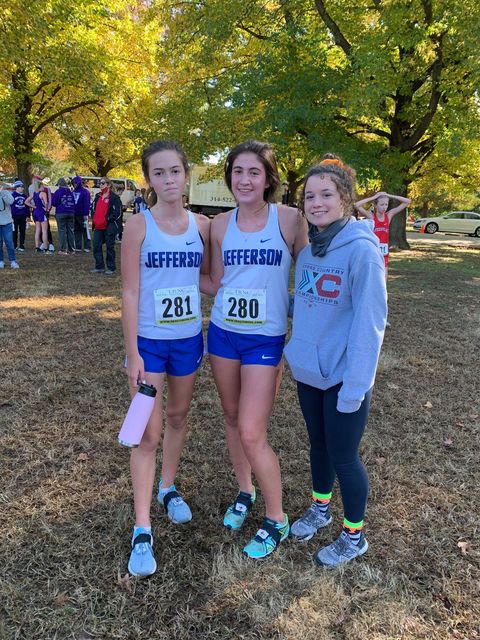 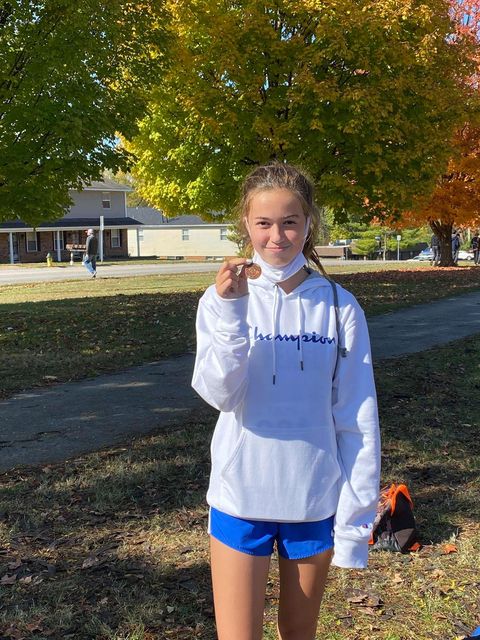 Following the meet, Rhodes expressed her satisfaction with the team she has been coaching all season.

“The boys have had a great season. They have worked hard and made some huge strides,” Rhodes said. “I am so proud of the girls and how hard they have worked this season. I know that the season has not been easy for them, but they have persevered through everything to reach their goals.”

Jefferson will be sending nine runners to the Class Two State Finals Meet, which will take place this Friday at Gans Creek Cross Country Course in Columbia.