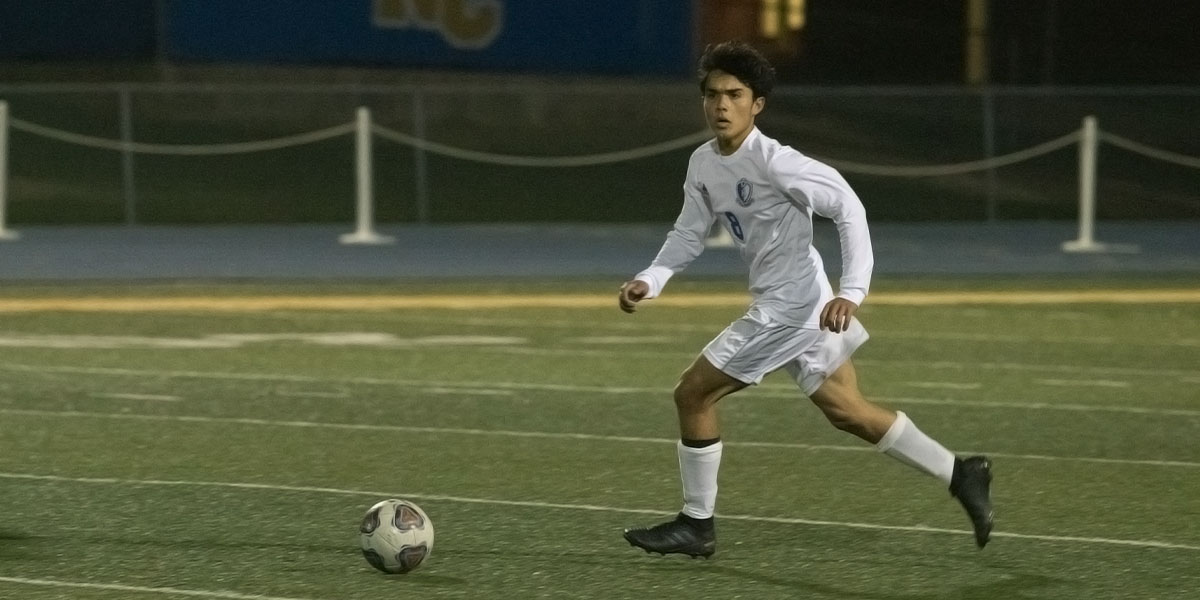 Hillsboro’s late second-half goal pushes them past Festus and straight into the district championship against tournament host North County.

The Hillsboro Hawks came out on top of the Festus Tigers 1-0 in the district semi-finals on Monday.

It was a cold, dark night at North County High School for this crosstown rivalry matchup in the district tournament. The Hawks and the Tigers are no strangers to each other. The last time these two met was as recent as two weeks ago. Festus shutout Hillsboro in the contest 2-0.

The game was high intensity from the moment it began. The few parents that made the trip out were bundled in coats and blankets, but that did not stop them from being vocal. It was no less intense on the turf.

This was a physical contest that lacked scoring. The first half buzzer sounded without a goal from either side. Both teams made adjustments and came out aggressive and even more determined in the second half.

“We had an outstanding performance from everyone,” Colton Leonard said. “Considering the tough competition that Festus brought.”

The lone goal of the game was scored in the 59th minute. Werner Finder found Evan Glaze in the box and he fired a blast that hit the back of the net to give the Hawks the lead. Hillsboro held strong the rest of the way.

There is no love lost in this rivalry.

AJ Krasnesky started in goal for the Hawks. He played all 80 minutes, made seven saves and kept the net clean. Hillsboro fired six shots on goal to Festus’ seven.

“The boys came out ready to play and it really showed,” head coach Sam Nansel said. “They played hard the entire 80 minutes which paid off in the end. We are really proud of these boys.”

The win brought Hillsboro’s record to 6-13, but we are in the part of the year where that doesn’t matter now. Win, and you move on. Lose, and you go home.

“It feels amazing to win and to be able to play in the district championship,” Finder said.

The Hawks draw the tournament’s host in their next game. Hillsboro will take on North County on Wednesday, Nov. 4 in the district finals.