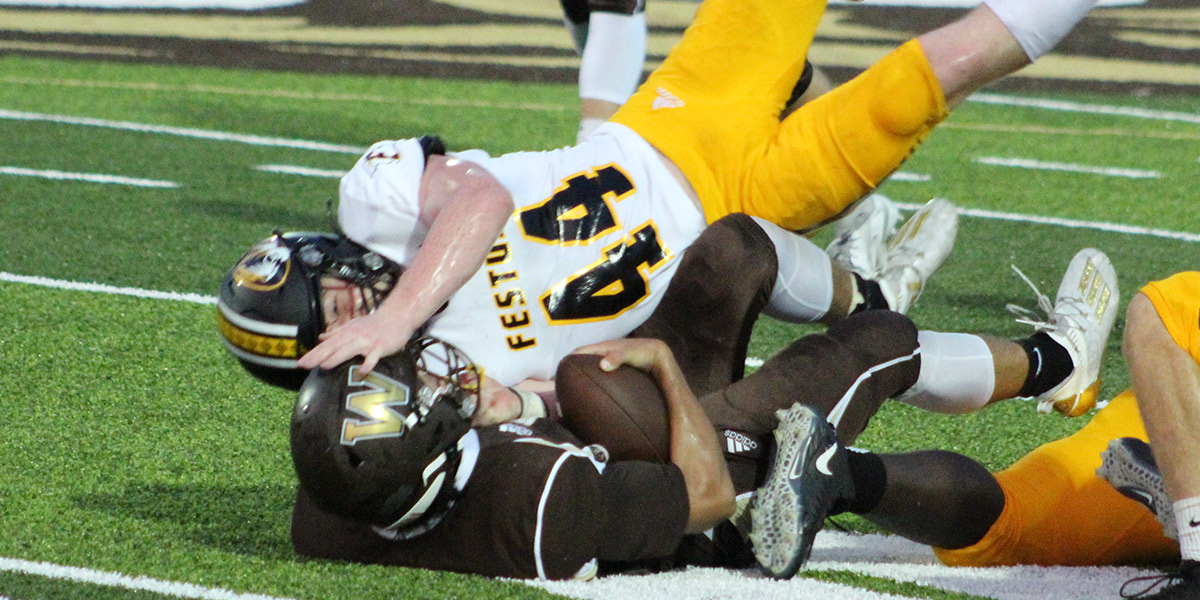 Windsor put Festus on its heels in the first quarter with an early score off of a 30 yard touchdown pass. Unfortunately, that awoke the mighty Tiger offense who went on to put up 49 unanswered points on 7 consecutive touchdowns.

The Festus Tigers continued its undefeated run this past Friday with a dominant win over the Windsor Owls. Windsor put Festus on its heels in the first quarter with an early score off of a 30 yard touchdown pass. Unfortunately, that awoke the mighty Tiger offense who went on to put up 49 unanswered points on 7 consecutive touchdowns. 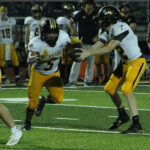 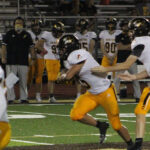 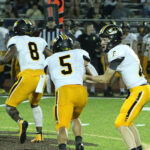 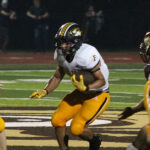 RB Austin Anderson started if off for Festus with a 40 yard touchdown run. After one quarter it was tied 7-7. In the second quarter, QB Cole Rickerman took one to the house on a 79 yard run to open the scoring frenzy. WR Collin Doyel joined him in the end zone shortly thereafter with an 18 yard touchdown run. Not to be outdone, Rickerman connected with RB Kaian Roberts-Day for a 7 yard touchdown pass, and at halftime it was a 28-7 lead for the Tigers.

In the third quarter, Rickerman threw two more touchdown passes, both to Anderson, the first for 21 yards, the next for 36 yards. It was all Tigers with a 42-7 lead heading into the final quarter. 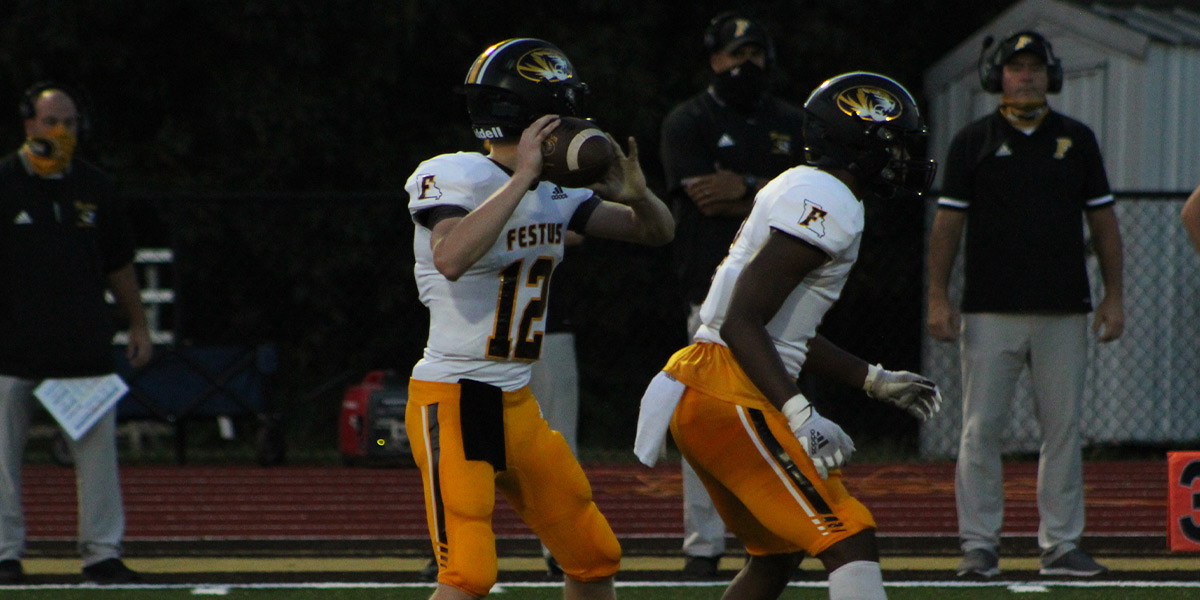 RB Dalten Yates kept adding to the lead with his 1 yard score making it 49-7. The Owls would close the gap slightly with a 26 yard fumble return for a touchdown, and fail to connect on the 2 point conversion, making the final tally 49-13. Festus put up 429 total yards to the Owls meager 177

Rickerman was 9 for 13 in pass completions, for 167 passing yards, with 3 touchdowns. Anderson led all rushing with 103 yards off 11 carries. Doyel led the Tigers with 66 receiving yards from his 3 catches. Rickerman said, “We just have a great game plan coming out at the beginning of the week. Offensively, we just execute all of our plays during the week of practice and during the game. On the defensive side, our guys give it their all and try to get the offense back on the field.”

The defense for Festus had a tremendous performance as well. Luke Shaver and Desmond Davis each had 7 tackles while Eli Ortmann managed 5. In the first 3 games of the season, Festus has allowed only 39 total points. Shaver commented “We have an excellent defensive line, and the secondary is phenomenal too, and us linebackers are just here to hit anybody that’s lucky enough to to make it through the first wall. 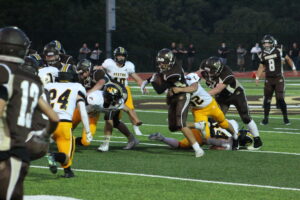 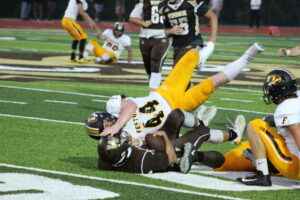 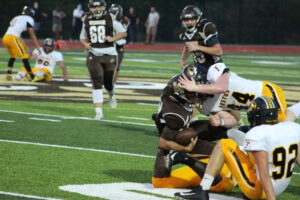 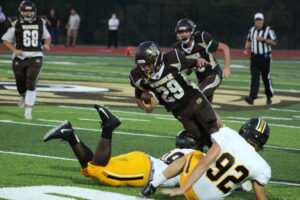 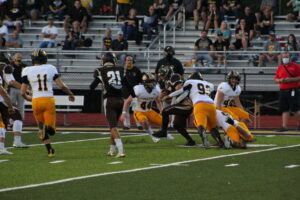 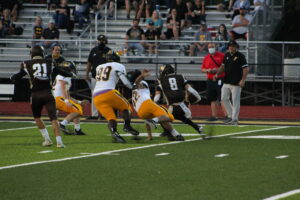 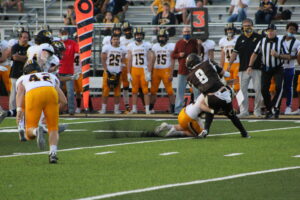 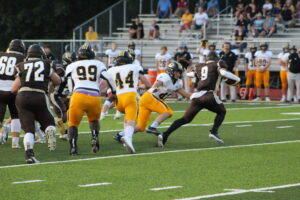 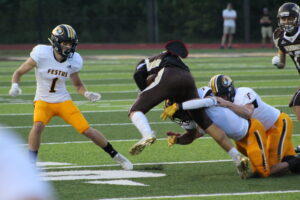 Coach Ofodile had high praise for Shaver, “Luke Shaver has been playing at a high level each week. He brings intensity and competitiveness to our defense.”  And for the defense overall.  “There are a lot of different effective defensive schemes but the nonnegotiable on defense is effort. We are still working hard to become more fundamentally sound and an overall more disciplined group in terms of the details but the effort has been excellent.” 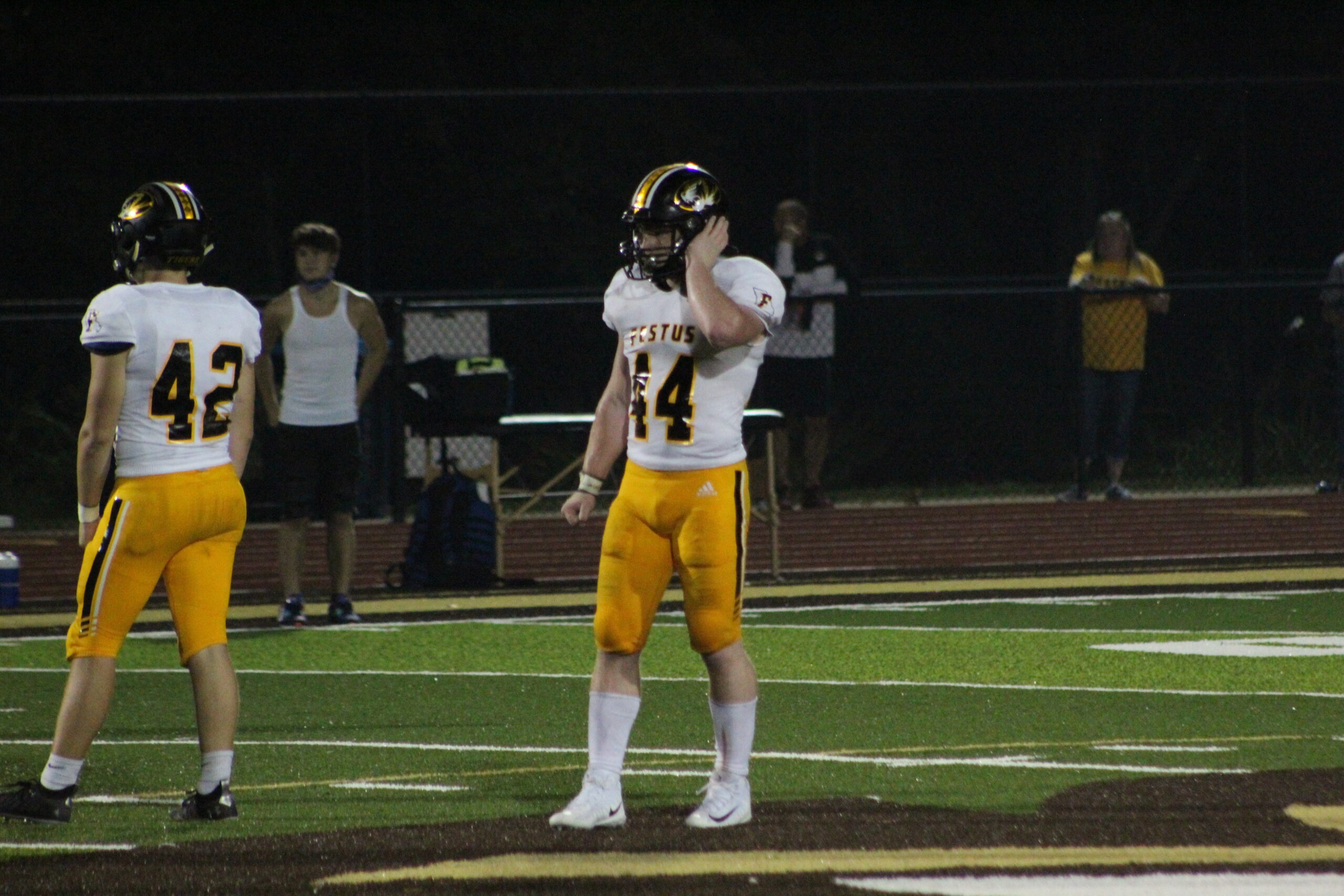 Things seem to be trending up on both sides of the ball.  Up next for the Festus Tigers is a home game against the Desoto Dragons for a 7:00 pm kickoff, Friday, September 18th. 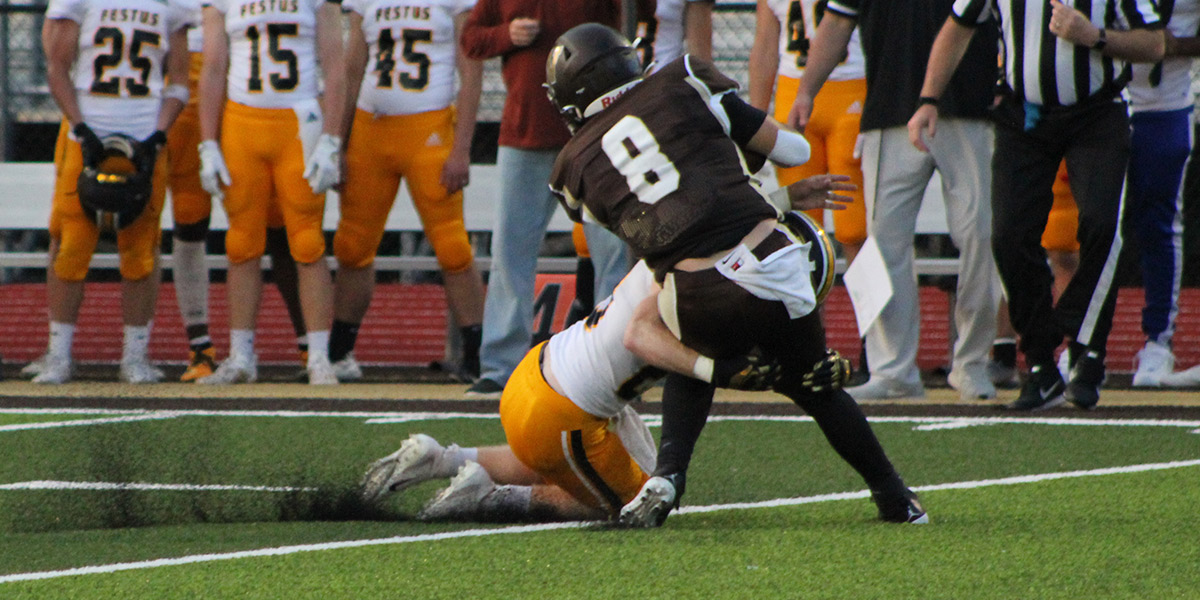