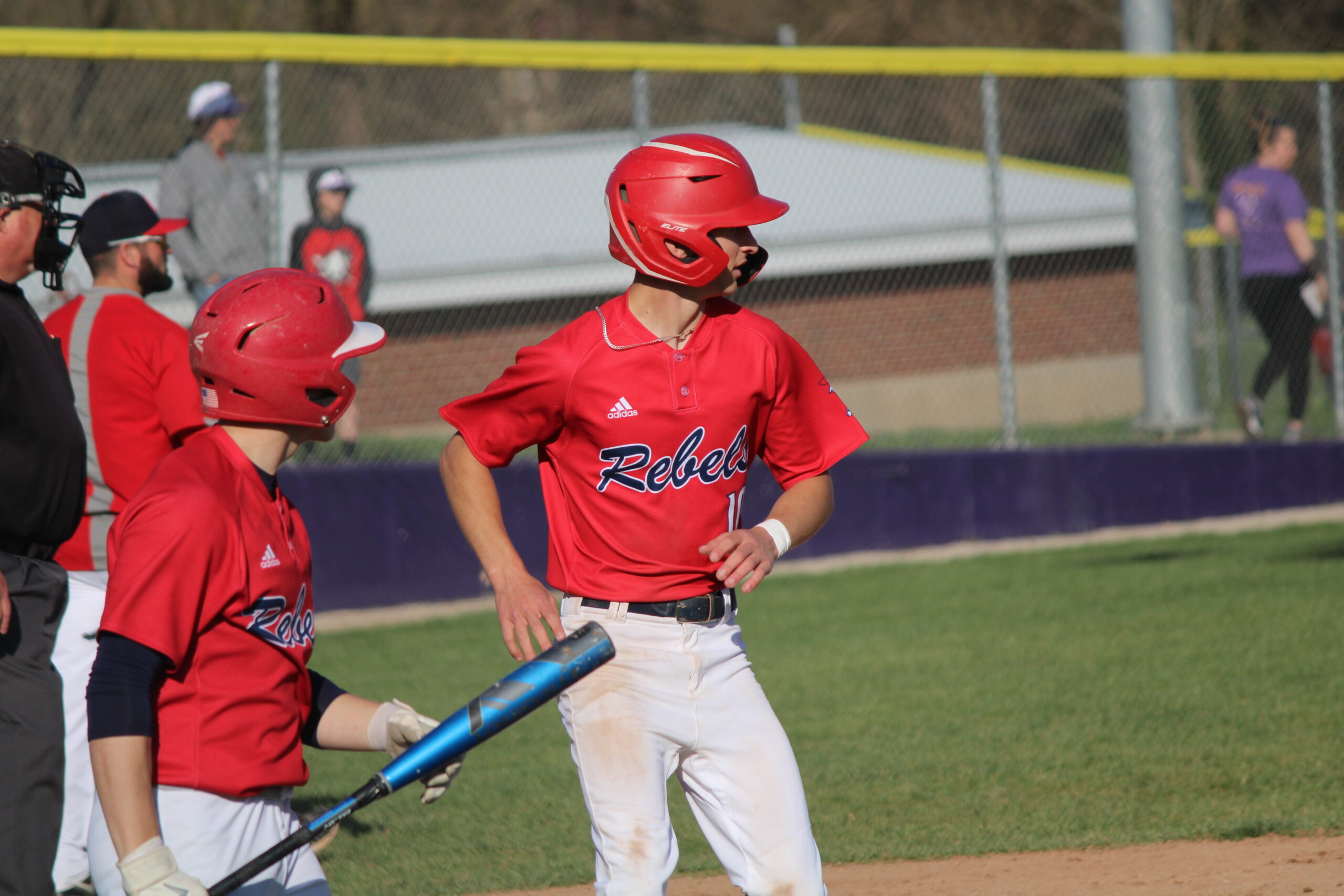 The spring sports season is nearing its end, but the string of wins for the Central Park Hills Varsity Baseball team seems to keep going. The Rebels appear to be sitting in the driver’s seat every game, as everything is clicking. With hot bats and stellar pitching, Central rattled off four more wins to add to their season total and now have an 11-game winning streak.

In the first game of a four-game week, on Monday, April 25th, Central challenged St. Pius. It was a consistent stream of scoring as the Rebels put up two in both the first and second innings, one more in the third and a final three runs in the fifth, which led to an 8-4 victory over the Lancers.

Starting pitcher Lucas Whitehead had a solid outing, allowing only three hits in three innings, walking one, but striking out four to get the win. The bats provided plenty of run support including a two-run home run by Casen Murphy. Everyone hit, but Jett Bridges and Michael Vance each had two hits, with Vance responsible for four RBIs.

The next day, the DeSoto Dragons came to town, and Central dispatched of them with relative ease with the pitching shutting out Dragon bats. The three-run third inning, followed by one apiece in the fourth and fifth, were more than enough to earn the 5-1 victory.

With five strikeouts across four innings, starting pitcher Nate Hamski earned the win, with Murphy coming on in the final inning to earn the save. Along with the pitching success, Murphy also smoked a one-run double. Slade Schweiss had two hits and Sammy Callaway had two RBIs on one hit.

After a rest day, the West County Bulldogs were up next. The bats remained scorching as the Rebels racked up eight runs, including a four-run sixth inning. The pitching completely dominated in the three-hit shutout victory, as Central was victorious 8-0.

Murphy was once again the man of the hour. He drove in two runs on two hits, including a home run, and also took two walks. Then, he pitched six innings allowing only three hits and striking out an incredible 12 batters. Brendon Jenkins finished it off for the Rebels striking out two in the last inning to pick up the save. S. Schweiss also had two RBIs on two hits.

In the final game of the week, the Rebels may have had their best performance as they dominated the Black Cats en route to a five-inning mercy-rule win. Central was seeing the ball great, notching 13 hits in a 14-run effort to win the game 14-2.

Leadoff batter Ty Schweiss got it rolling with three hits, including a double, and two RBIs. Not to be outdone, another Schweiss (Slade) also had two RBIs on two hits, one of which was a double. With one RBI on two hits, Dylan Holifield also contributed in a big way to the victory.

Seemingly playing better every game, Central has chosen a great time to be putting it all together. With only two weeks of the regular season remaining, and an incredible 12-3 record, the Rebels are certainly in control of their destiny.