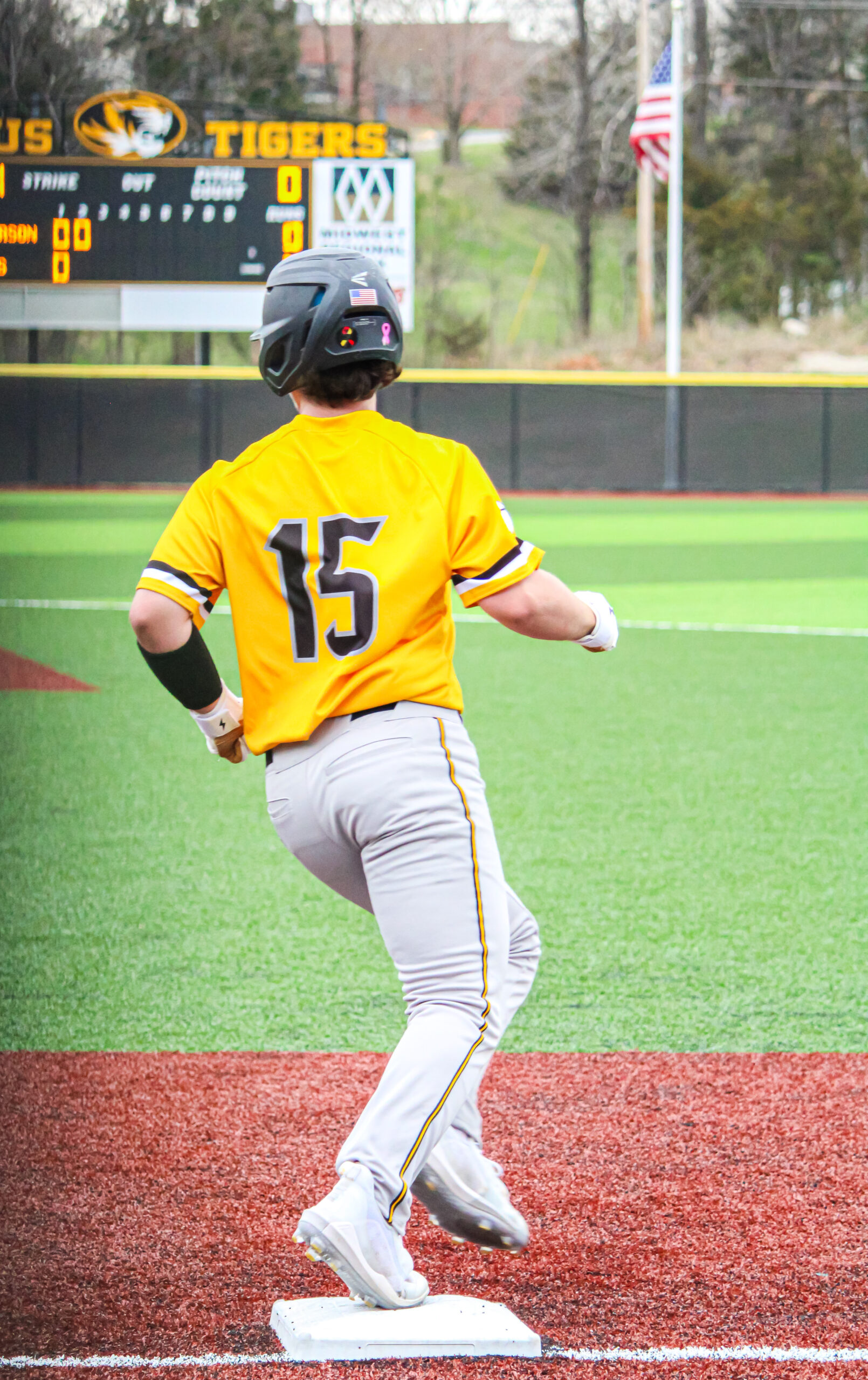 The Festus Tigers blow out Ste. Gen, but fall to Seckman amidst a busy week of baseball that surely has more action to come.

The 13-5 Festus Tigers are in the midst of a busy week. On Monday they took on the Ste. Genevieve Dragons and kept their hot bats alive with a convincing 15-3 victory, but the tide turned two days later as they fell to a talented Seckman team 16-9.

The first game started off a little rocky as the Dragons put up a quick three-spot in the top of the first, but the Tigers didn’t miss a beat and put up five of their own. Three bases loaded walks followed by a single did the damage, and after a crazy first inning the Tigers were enjoying a 5-3 lead that they would not relinquish.

In the second, things just got nuts as Festus exploded for nine runs. The Tigers used three HBPs, two walks, two triples, a single, an error and a three-run homer to right by Wyatt Huskey to break the game open. The home team tacked on an additional run in the fourth and then slammed the door to invoke the mercy rule in the fifth for the 15-3 win.

Huskey had the biggest blow in this one, but Connor McDonald had the best overall day at the dish going 2-for-3 with a triple and four RBI. Mason Schirmer and Brayden Montgomery each drove in a pair and Jackson Gross scored four runs. On the bump, Kaleb Kennedy got the start and allowed three runs over two innings, while Connor Hulsey came in to shut the door with three scoreless frames that closed out the victory.

The second game of the week was not so fortuitous for the Tigers, as they got in a hole early against Seckman. After allowing four runs in the first, one in the second and two in the fourth, the Tigers seemed doomed, sporting a 7-0 deficit. Festus however rallied for a three spot in the bottom of the fifth, highlighted by a Tyler Bizzle double, but Seckman answered… hard.

They put up eight additional runs in the top of the sixth, and despite a valiant attempt at a comeback, it was just too much for Festus to overcome. The Tigers scratched out five more runs in the bottom of the frame on a handful of singles and errors, but the damage was done. Seckman held on to win it in seven with a 16-9 final score.

Offensively, Bates, Bizzle, McDonald and Schirmer each had two RBI, but the Tigers just couldn’t string enough hits together to overcome the massive deficit. On the Pitching side of things, Trent Ellis was victimized from the start and allowed five runs over just 1.2 innings pitched. Four other relievers combined to allow the remaining 11 runs, but none of it was pretty.

This was just one of those games where things weren’t working and Festus suffered for it, but it’s a long season and this is just a bump in the road. The Tigers are still flying high and have a more than admirable 13-5 record on the season. Next they take on their rivals, the Hillsboro Hawks, in a home and home series.