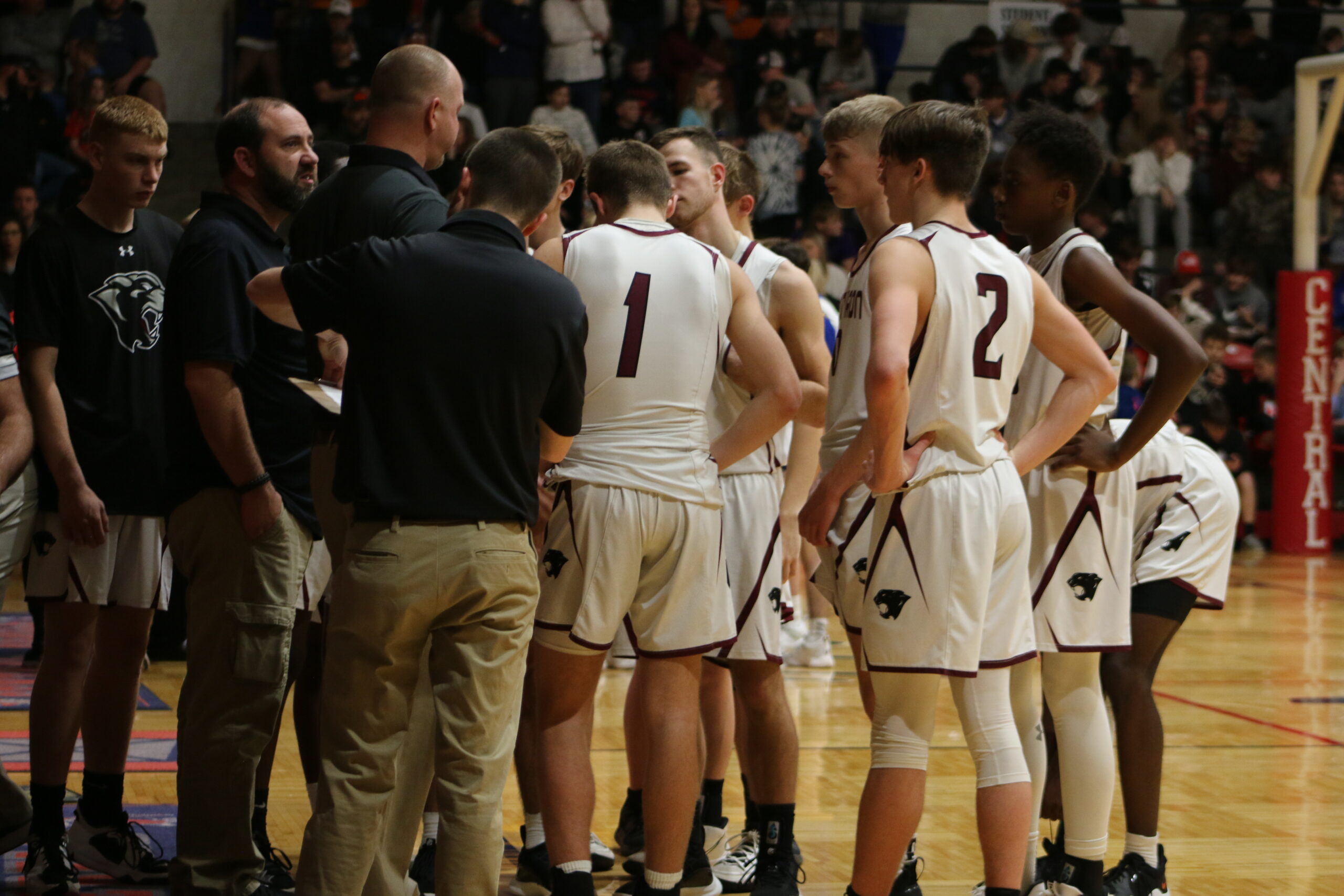 It’s starting to sound like a broken record, but that doesn’t mean it’s any less meaningful for the South Iron faithful. On Saturday the Boys Varsity Basketball squad won yet another District Championship, marking the fourth straight for the Seniors on the team. In fact, this group of Seniors celebrated their 100th Varsity win, and during that stretch they have totaled an unfathomable 19 championships.

Before we get into specifics on the most recent heroics, here is the breakdown of their success over the past four years:

And don’t expect that list to stop growing this season. Now, where were we? Ah yes, the top-seeded Panthers wiped out Lesterville 84-47 before taking down Bunker 68-61 in the Tournament finale, and have their sights set on a second consecutive State Championship.

The tournament kicked off against Lesterville and South Iron went up big early. So big in fact that they never looked back after a 25-4 first quarter. Then a 31-11 second was all she wrote and the Panthers had the luxury of taking their foot off the gas and coasting in neutral for the second half. They were outscored 32-28 in the final 16 minutes of play, but the damage had already been done in spades, as the 84-47 final would attest.

The usual culprits were back at it again in this one with Champ McMurry setting the tone with his 22-point night to lead all scorers. He also pulled down 12 boards and had the game’s only double-double, while Drenin Dinkins chipped in with 17 points and led the team with three buckets from beyond the arc. DJ Prater had six boards and 13 points, and Jermartez Burse surprised with a 16-point scoring flurry.

Next up was a very challenging 21-6 Bunker team, who the Panthers had handled earlier this season. The Eagles must have taken that loss personally because they brought it in this one. In fact, the game literally couldn’t have been any closer for the first half of play as both teams were knotted at 16-16 in the first AND second quarters (that’s 32-32 for those keeping score at home).

In the third, the Panthers actually found themselves down by seven late in the quarter but made some nice adjustments to bring the deficit to just one heading into the final eight minutes. With the score at 52-51, South Iron took over in the fourth and excelled at the free throw line to post a 17-9 frame and reel in the 68-61 victory.

Head Coach Dusty Dinkins praised the team’s resiliency and ability to rise up in the face of adversity, saying, “We kept reminding and encouraging our team to keep playing hard, stay positive and focus on competing one possession at a time. We had great effort and energy on defense midway through the 3rd and the 4th quarter. That effort led to some turnovers and timely three-point shooting from multiple underclassmen players. It was a total team effort and an exciting come-from-behind District Championship win!”

Drenin Dinkins led the charge in this one with his 22 points, eight rebounds and went 7-of-8 from the stripe. He was backed significantly by Prater, who recorded the game’s only double-double with 10 boards and 12 points. McMurry was the only other player in double figures with 12 points as well, but as the Coach said, it was a total team effort. The team went 18-0f-22 from the free-throw line, and that combined with a solid defensive effort across the board significantly tipped the scales in their favor.

The next challenge comes in the form of Chadwick in the first round of the Class 1 State Tournament on Tuesday. Good luck to the Panthers, who no doubt are seeing visions of a championship repeat this season.