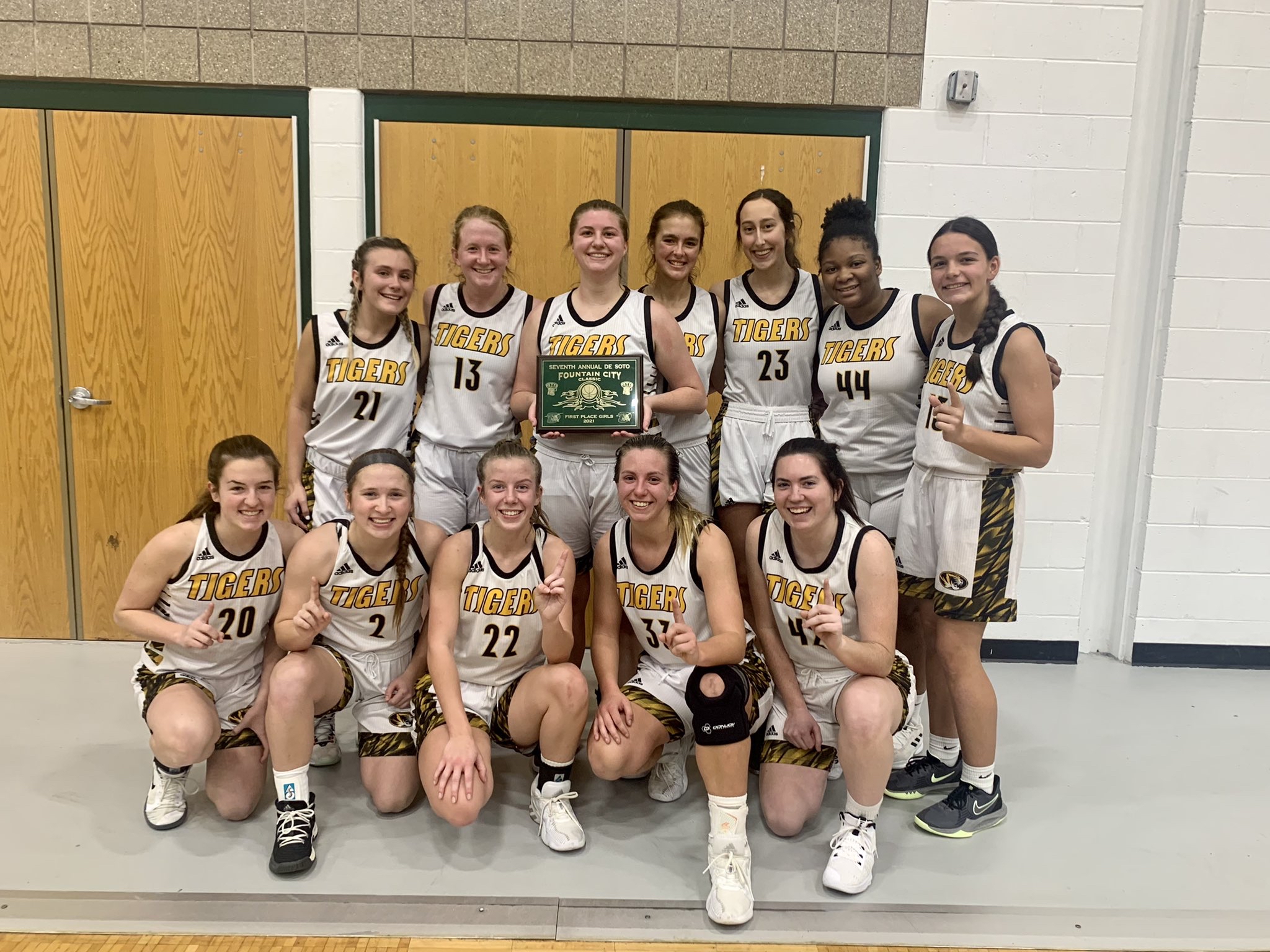 The Festus Tigers Girls Varsity Basketball team is cruising in 2021, and now sit at 3-0 on the season after knocking off Riverview Gardens and Seckman this week. The Lady Tigers have ridden the hot hand of star Josie Allen and put together a nice win streak, with a solid effort from everyone across the board.

Their first win this week came at the expense of Riverview Gardens in the first round of the Fountain City Tournament, and team chemistry was key. The Tigers used a pressure defense to frustrate and dominate Riverview in the first quarter and it led to a 25-12 advantage, highlighted by Allen doing most of the damage.

With a big lead already built up the Tigers began to sub freely in the second and work everyone into the mix, but Riverview packed the lane tight and the Festus offense slowed a bit. They only outscored the opposition 12-7 this time, but still took a commanding 37-19 lead into the half.

The Tigers would hold that advantage the final two frames as well, as they led in every quarter, outscoring Riverview 17-6 and 10-8 in the third and fourth quarters, respectively. It was a collective win on all fronts with stout defense and a flurry of offense that came in droves. When it was all said and done they had themselves a 64-33 victory and a 2-0 start to the season.

Allen was the shining star in this one as she totaled 29 points on 11-of-16 shooting to lead all scorers and also had a pair of threes and five steals. Kinsey Benack was second on the team with nine points and filled up the score sheet with four rebounds, three assists and three steals. Mya Courtois was notable as well with eight points and five steals, while leading the team in rebounds (five) and assists (four).

Next the Tigers faced off with Seckman, but the win wouldn’t come so easily this time. The first quarter was a hard-fought battle, barely edged out by Festus 12-11. The remainder of the first half would follow the same script as the Tigers put up 10, but Seckman was able to answer with 10 of their own, making it an air-tight 22-21 game.

During halftime, Head Coach Steve McFarland made a few offensive adjustments and the Tigers came out roaring, going on a 9-0 run to start the second half. The full court press they had been instituting was leading to turnovers and easy buckets for Seckman early on, but some tweaks turned the tide and had the Tigers creating easy chances of their own. Some clutch free-throw shooting and aggressive defense led to a 41-31 lead after three quarters and then a defensively dominant fourth where they put up nine and allowed just six. That led to the 50-37 victory and gave them a 3-0 start to the season.

Allen was huge again, putting up 23 total points, including 13 in the third quarter alone. She was 7-of-16 shooting and had four rebounds, two assists and three steals to boot. Courtois chipped in with eight of her own and showed tremendous effort on the defensive side at the top of the press and in the half court zone, as shown by her team-leading six steals. On the boards it was all about Emily Holt though. She came through huge in the second half and dominated with 11 rebounds and added six points and four steals as well.

Coach McFarland commented on the game saying, “This was the first game that we had to dig down and overcome to win. I thought we showed some really good composure and character.”

The final game of the tournament started off with a bang as the Tigers faced off with Northwest Cedar Hill and jumped out to an early lead. Their full-court press created multiple turnovers and led to a 23-13 advantage. Allen shined early with a pair of three-pointers and three buckets for 12 points and more than half of Festus’ total.

The second quarter was a different story though, as the Tigers were gassed and suffered multiple turnovers, leading to an 11-5 deficit in the eight-minute frame and a slight 28-24 lead overall. Back to back games will sap a team’s strength though, and it showed midway through this one as the third quarter was rough as well with Cedar Hill owning a 16-11 edge.

Thankfully, the Tigers found their legs in the fourth and broke out in a big way. Coach McFarland beamed, “We made a couple adjustments to what we wanted to do on offense. Behind Josie Allen’s 13 fourth quarter points coming off steals and screens by her teammates, we sealed the deal.” They won the quarter 16-2, which led to a 55-42 win and the Fountain City Tournament Championship.

Allen was huge once again with 30 points, including those 13 clutch ones in the fourth, and four steals, while Courtois put up nine and Holt had seven with five rebounds and six steals. On the boards Benack and Lily Knickman reigned supreme with nine and eight rebounds, respectively.

Coach McFarland said, “Playing back to back nights for the first time this year our legs were a little weary. Also our bench depth has shown tremendous improvement throughout this tournament.”

It certainly has, and the lady Tigers are rewarded with a perfect record to start the season. They have been finding creative and efficient ways to win and that trend should continue as they roll on. The next matchup is on December 7th versus Oakville with a 7pm tipoff.