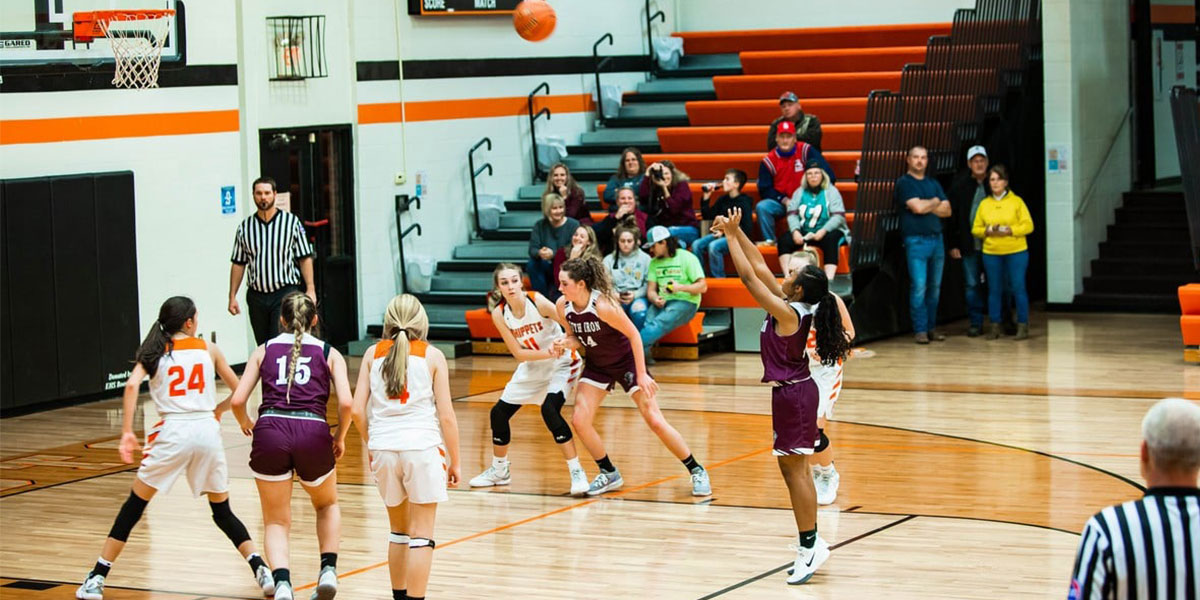 The South Iron Panthers rolled past the Potosi Lady Trojans 64-36 on Thursday. The Panthers had previously lost their last four matchups with Potosi dating back to 2008.

The Panthers had previously lost four consecutive matchups with Potosi dating all the way back to 2008.

This was a big win for the Panthers. Not only were they coming off of a loss, but they were without a player that logs a lot of minutes and carries a big offensive load for this team in Allecia Cornell.

“Coming into this game we really emphasized the importance of playing smart and playing together, ” Head Coach Lawrence Graves said. “With Allecia out with a concussion, we couldn’t be giving away easy fouls and needed everyone to be ready to take advantage of opportunities to score.”

This one was close early. Both teams scored 17 in the first and went into the second quarter tied. However, the Panthers blew the game open in the second quarter. They continued to score at will and added 20 more points to their total. On top of that, they only allowed nine points to the Trojans. South Iron led 37-26 at halftime.

South Iron kept up the attack in the third. They stayed locked in defensively and only allowed six points in the third quarter. The Panther scored 13 in the third and led 50-32 at the start of the fourth. The lead grew even bigger over the last eight minutes. Potosi had no luck against the Panther defense. South Iron held them to just four points and scored 14 more themselves. They locked up the 64-36 victory over the Trojans.

Graves was pleased with his team rising to the occasion and taking advantage of the opportunity.

“Our kids couldn’t have done a better job of applying those concepts,” he said. “Today’s win was certainly a team effort and that’s certainly something to be proud of.”

Madison Ayers had the hot hand on the night with 25 points. She shot 10-17 from the floor, had six assists, four rebounds and a whopping ten steals. Enzley Dinkins had 13 points, nine rebounds and four assists. Anna Parker and Megan Lashley each scored nine points. Drew Gayle was the only other Panther to score. She had eight points and five rebounds. They shot 62 percent from the floor as a team.

“I think our team’s biggest strengths were playing together as a team and leaning on each other every opportunity we had, ” Lashley said. “We worked hard to pick up a win that displayed our best effort.”

Dinkins also mentioned the team’s execution as one of the biggest factors in the win.

“Our biggest strengths against Potosi were working as a unit and creating opportunities for good plays,” she said. “We also executed our plays much better in this game.”

The win was South Iron’s seventh of the season. They ended 2020 with a 7-2 record and some momentum heading into the new year. Their next test comes Tuesday, Jan. 5 against Bunker.