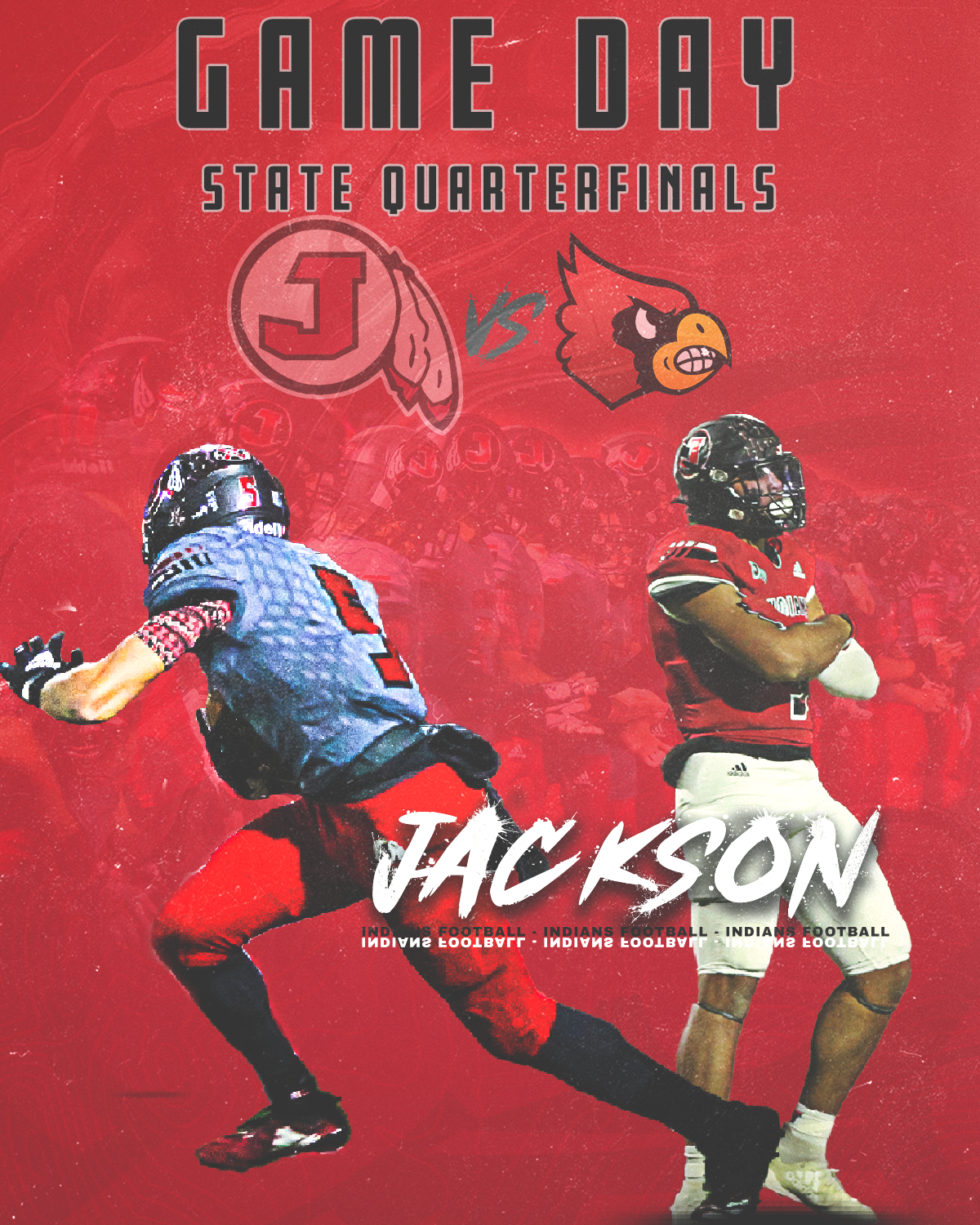 Just two wins away from repeating as State Champs, the Jackson Indians Varsity Football team is primed for their State Semifinal matchup on Saturday against the Webb City Cardinals.

One down. Two to go.

The Jackson Indians Varsity Football team is inching ever closer to defending their State Title by earning back-to-back Championships. The Class 5 District 1 powerhouse will have their hands full on Saturday though as they face their toughest test in the Webb City Cardinals in the State Semifinals.

The Indians steamrolled through the regular season (for the fourth year in a row) with a perfect 9-0 record and have handily won all three of their playoff games by a wide margin. They dusted Mehlville 59-7 and Seckman 52-14 to take down the District Title, and then dispatched Rockwood Summit with relative ease in the State Quarterfinals with last week’s convincing 49-14 victory.

In their three playoff games this year the Indians have scored 160 points and allowed just 35. That’s an average of 53.3 points per game while surrendering just 11.6 to the opposition, and that’s saying something. To be playing your best football when you’re up against the toughest competition is pretty special, but that’s a word that speaks volumes about this Indians team.

However, they will face their most rigorous test yet this week in the form of the Webb City Cardinals. Historically, the Cardinals are an absolute powerhouse, and have won 12 State Championships in the last 24 years since their Head Coach John Roderique arrived in 1997. In fact he eclipsed 300 wins with the program this season, so his reputation certainly precedes him. Despite being just 9-3 on the year, they are a dangerous bunch and have scored at a 42-PPG clip while allowing just 24.

As for the players, the Indians will have to contain Quarterback Cohl Vaden and his two favorite targets William Hayes and Dante Washington. They will be dangerous through the air, much like Running Back Cade Wilson is in the Cardinal ground game. The bruising runner has accounted for nearly 1,000 and is pushing 20 TDs on the year, so the Jackson D-line will have to step up.

Although, even the most casual of Indian fans knows that Head Coach Brent Eckley‘s bunch can handle pretty much anything thrown at them, and their preparation is unmatched. Look for Quarterback Cameron Marchi to have another big game while targeting his two most ferocious weapons in all-world receivers Isaiah Davis and Kannen Turley. In last week’s decimation of Summit, Marchi threw for six TDs, five of them to Davis and Turley, and the pair of wideouts totaled nearly 500 yards between them.

This should be a barnburner for sure, and should the Indians win, they will be just one victory away from their second consecutive State Championship. Kickoff is Saturday, November 27th at 7 pm at a neutral site. Don’t miss it!