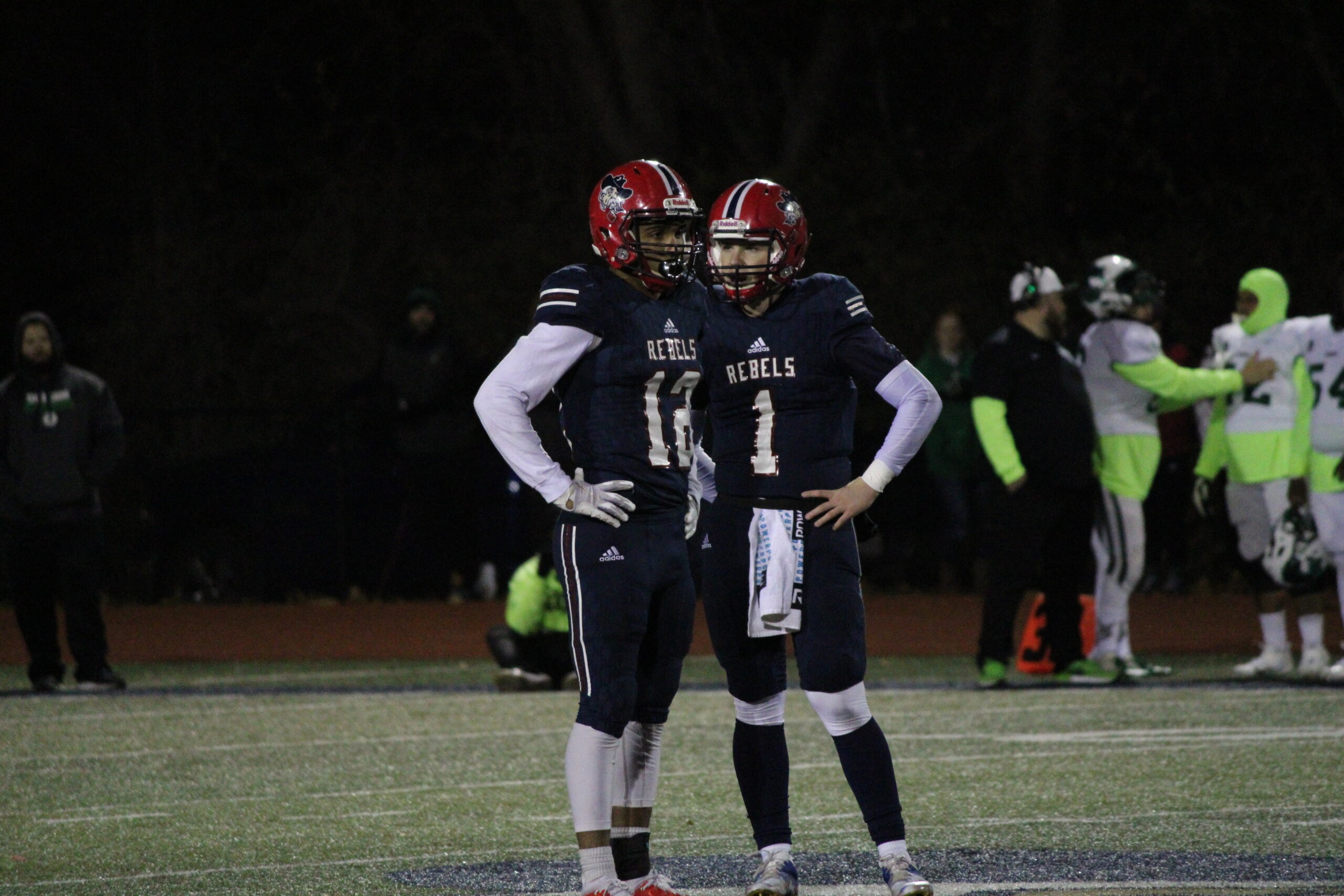 The Park Hills Central Rebels Varsity Football team succumbs to the powerhouse offense of the St. Mary’s Dragons, ending their MSHSAA State Tournament run in the quarterfinal round with a 44-7 defeat.

What was a fantastic 2021 season has come to a close for the Park Hills Central Rebels Varsity Football team. The MSHSAA Quarterfinal Round did not go as planned for the Rebels, who were eliminated by the victorious St. Mary’s Dragons. Last Friday, November 19th, the Rebels faced the Dragons in a win-or-go-home game to see who would advance to the MO State Semifinal round. Unfortunately for Central, it wasn’t their night, as St. Mary’s (who by all accounts should likely be a Class 5 school and not Class 3) had their running game humming, and sent the Rebels home by the score of 44-7.

It was unfortunately a game of missed opportunities for Central, as they just couldn’t seem to finish a drive in the end zone. The Rebels had over 40 yards of offense on every possession in the first half but were never able to punch it in.

To complicate things, the defense just couldn’t find a way to stop the Dragon attack in the first two quarters. St. Mary’s had scored four touchdowns and kicked a field goal, all by halftime, making it a 31-0 game going into the break.

Not only that, it’s always trouble when a team struggles to hold on to the ball. Central, normally as sure handed as they come, uncharacteristically had four turnovers in the game.

The first drive for the Rebels was going great. They went 60 yards to get inside the red zone on 11 plays in six minutes. On play 12, a first and 10 from the 19 yard line, Jett Bridges and DayShawn Welch mishandled the exchange creating a fumble and a turnover, killing the initial momentum.

St. Mary’s pounced, and on the third play of their possession, the quarterback threw a bomb for a touchdown.

The second possession for Central was similar to the first. There was some early success, but after two first downs and getting to midfield, they were forced to punt.

Quickly, the dragons put up another touchdown right at the end of the first quarter to put them up 14-0.

The third Rebel possession went well to start again. After seven plays and a couple of first down completions to Jobe Bryant, things were looking good. Facing a third and one on the Dragon 45 yard line, Central was hit with a penalty making it now a third and six. On the next play, the Rebels were called for a block in the back, forcing them to punt. Unfortunately, the Dragons returned the ball 60 yards for a touchdown putting St. Mary’s up 21-0.

After receiving the ball at the 20 yard line again, it took Central nine plays to get inside the Dragon red zone for a first and goal from the 10. Then, another turnover stopped the drive cold. This time it was an interception thrown on a reverse pass. The Rebels again failed to execute when it mattered most.

Then, St. Mary’s wasted little time and scored another touchdown, making it 28-0.

Next, Central got the ball back with under two minutes to go, down big on the scoreboard. After a substantial gain on the first play, Welch had his first fumble in four years. It was an impressive ball handling streak to say the least, but the fumble could not have come at a worse time for the Rebels.

St. Mary’s recovered the fumble and drove down the field. This time, the defense held them to just a field goal putting the Rebels down 31-0 at the half, despite owning the time of possession.

The second half went better than the first, but for 18 Seniors, it was the last 24 minutes of their high school football career. The Rebels ended up losing by the score of 44-7, but the second half was some inspired football. The team never quit and played hard all the way to the end.

Central was able to break a few records in that second half. Jett was able to surpass his brother, Jake Bridges, for all time passing yards in a season with just under three thousand. Bryant was able to break Brayden Manion’s single season receiving yardage record, which was just a tad over one thousand. Casen Murphy also got his third interception return for a touchdown, a school record, and the only points the Rebels scored.

Central’s incredible 10-2 season is certainly something that each player will be able to remember fondly, but of course, only one team can end their season on a win, and this time it would not be them. However, Central broke all kinds of offensive school records this year including most points, most points per game and biggest margin of victory average. We congratulate the Rebels on an amazing performance as even with the loss, the future is still bright for these young men and this outstanding football program.