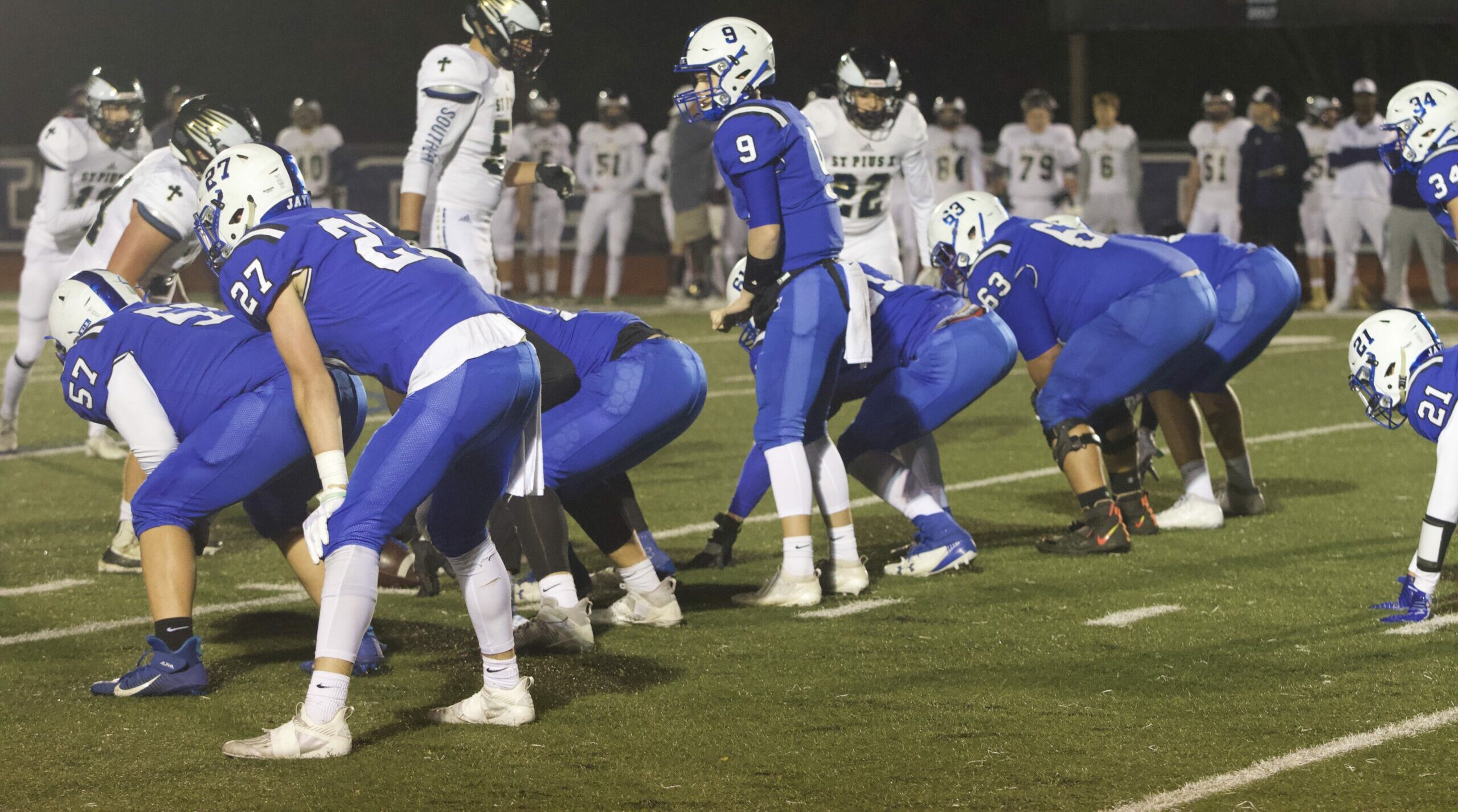 The Blue Jays trampled The Lancers in the first round of district playoffs. The offense started things off early and the defense was dominate the entire night, holding St. Pius to 86 yards total offense.

The Jefferson R7 Blue Jays stayed smoking hot despite the cold weather last Friday night as the offense came out on fire. Jefferson defeated the St. Pius Lancers by the score of 33-0, and advanced to the round of 16 in the Missouri Class 2 State Tournament. Head Coach Alex Rouggly was enthusiastic about the shut-out victory and said, “Our kids played a great four quarters of football, in all three facets of the game. The way that we started the game, set the tone for the rest of the game. We weathered a couple of storms and showed the resiliency it takes to win a big football game.”

The Blue Jays started it off right with a Dylan Schnitzler four-yard touchdown run at 9:11 of the first quarter. Kicker Will Breeze connected on his point-after-try to make it an early 7-0 lead. That would be all the scoring that Jefferson needed, but they went ahead and added another touchdown at 5:23. D. Schnitzler was again the culprit, this time picking off a St. Pius pass and returning it 34-yards. W. Breeze knocked home the extra-point again, giving Jefferson a 14-0 lead. That lead and score would hold all the way through the first half.

D. Schnitzler had some words in regards to the team’s efforts, “Our defense is amazing right now. We shutout out (our) last opponent. As a team we need to fine tune our offense.”  The offense was chugging along pretty well in this one though. 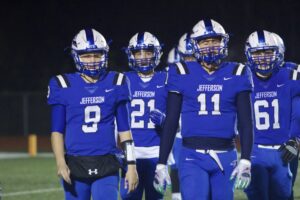 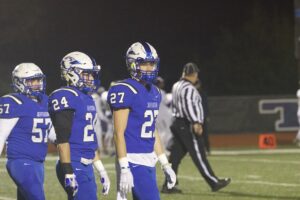 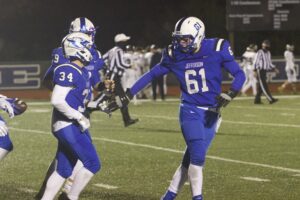 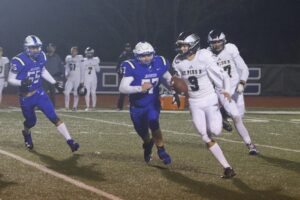 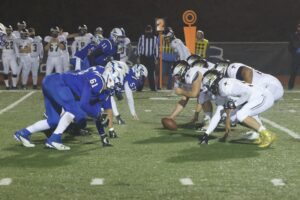 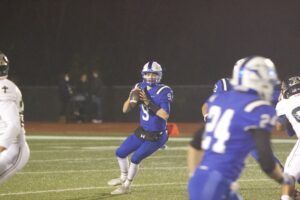 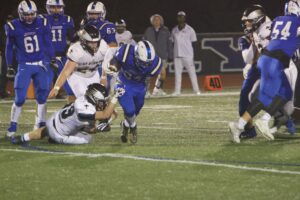 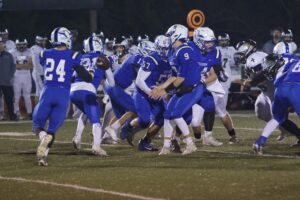 In the third quarter, D. Schnitzler was at it again with a 21-yard touchdown run. The point-after-try was good by W. Breeze, making it a 21-0 game. That score would stand as the game entered quarter four.

The next touchdown scored by Jefferson was this time handled by Colby Ott who took a handoff 29 yards to put up six more points. The extra-point failed, but the Jays were now up 27-0, with 9:51 left to play. At 2:54 in the fourth quarter, Will Schnitzler added the game’s final points with a one-yard touchdown run. Again, the extra point missed, but that didn’t matter, as the Jays would hold on successfully to win 33-0. W. Schnitzler mentioned, “We came out and executed the game plan perfectly jumping out to an early lead and never looked back.”

Offensively, Jefferson carried the ball 45 times for 211 yards. D. Schnitzler was responsible for 23 rushes, 123 yards, and 2 touchdowns. Colby Ott had six carries for 53 yards, and one touchdown. W. Schnitzler had the final six runs for 35 yards and 1 touchdown.

Quarterback Drew Breeze completed five of eight passes for 52 yards. Breeze understood the plan and said, “We really wanted to keep running the ball so we could eat a lot of clock. We executed very well and we even marched down field from our own one-yard line. We have many skilled players who can run and catch the ball very well.”

One of those skilled players was Ott, his main receiver this game, who had three receptions for 41 yards. Rouggly noted, “Our offense was steady the entire game. Our kids understood that gaining four yards and eating clock, while playing solid defense, can put you in a good position to win a football game.”

The defense was spectacular again, holding St. Pius to only 86 total yards. Dawson Jakoubek led the way with four tackles and five assists. Ott was next with four tackles, four assists and one interception. D. Schnitzler also played both sides and managed three tackles, one assist and two interceptions. Robbie Hurley made his presence known with two tackles, two assists and one sack. Sean Usery had one key fumble recovery. W. Breeze also had four tackles. Rouggly commented, “Our defense flat out got after it for the entire game!”

Now the Blue Jays will prepare for the next match-up against Kelly. That game takes place next Friday, 11/6 at 6:00 P.M. Rouggly knows his team will be ready, and said, “We now focus on a very good Kelly team, who comes right at you with the power football game out of the I-Formation. As always, our weekly preparation has to be focused and great for us to put ourselves in position to play for a district championship.” D. Breeze added, “We need to keep that same intensity we had last Friday in order to beat Kelly.” 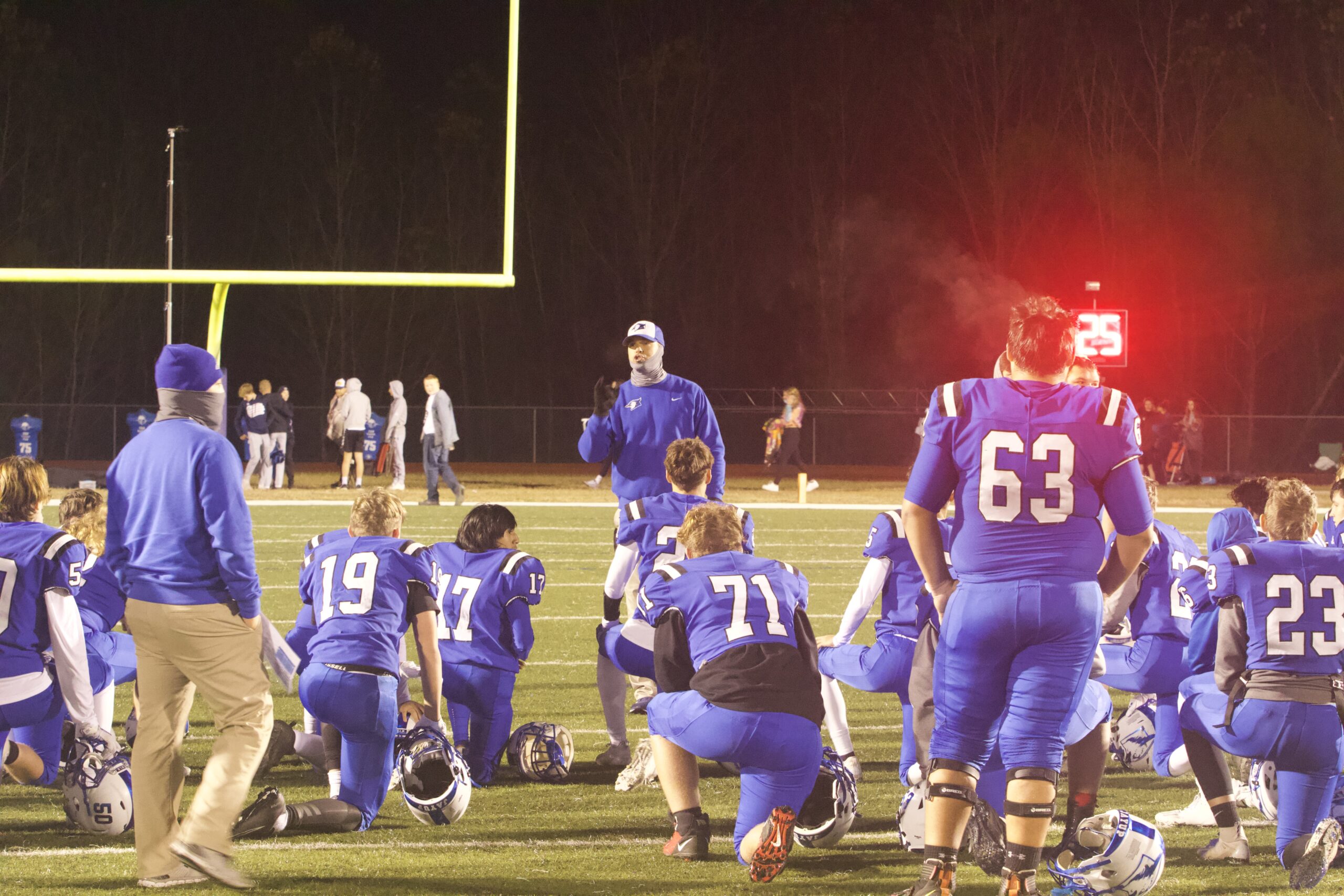