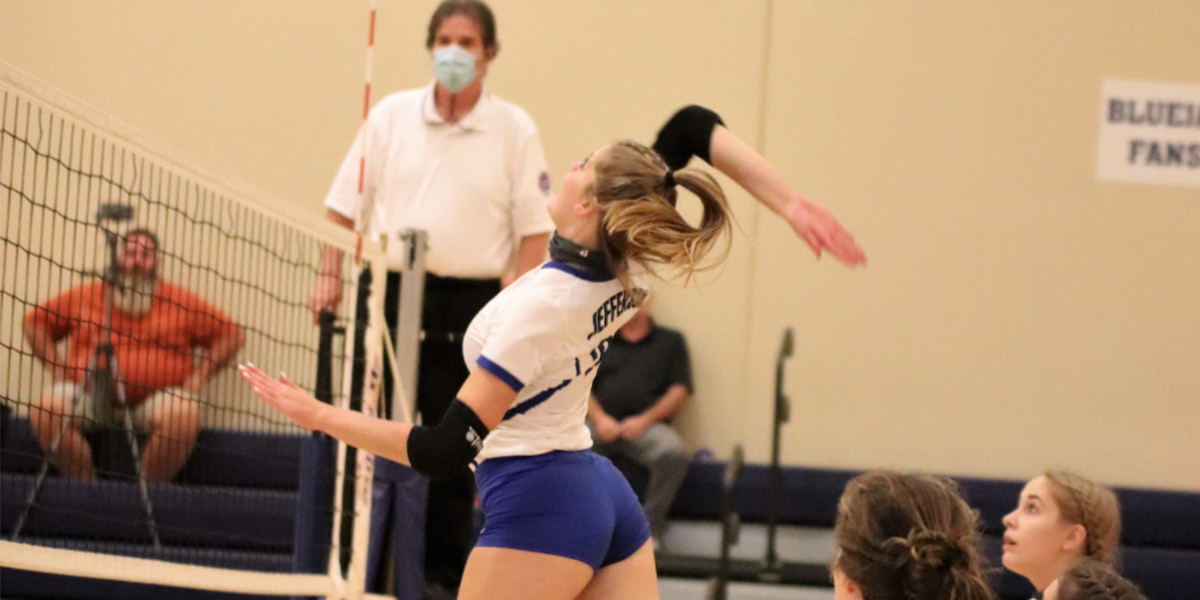 The Jefferson R-7 Blue Jays won its fourth game of the season Thursday in straight sets against St. Vincent.

The Jefferson R-7 Blue Jays grabbed their fourth win of the season against St. Vincent on Thursday.

The Blue Jays pushed their record above .500 in straight sets over St. Vincent.

The first set was a tightly contested battle, but the Blue Jays came out on top 25-21. That set the tone for the rest of the match for Jefferson. They won the second set 25-14 and the third set 25-17.

“I think my team’s biggest strengths in this game were working well together and pushing through tough rallies,” Ava Roth said.

“We had great connections between our setters and hitters,” head coach Tara Fish said. “Paige Siebert played strong at the net.”

Roth also led the team in serves received with 21 and digs with 14. Macie Waddell followed Roth in digs with 11 and Laney Smith just after with 10.

“We are continuing to grow and it is very exciting to see,” Fish said. “We still have things to work on, but we are getting there.”

The win brought Jefferson’s record to 4-3. The Blue Jays will try to win their fifth game of the season Monday, Sep. 21 against West County.