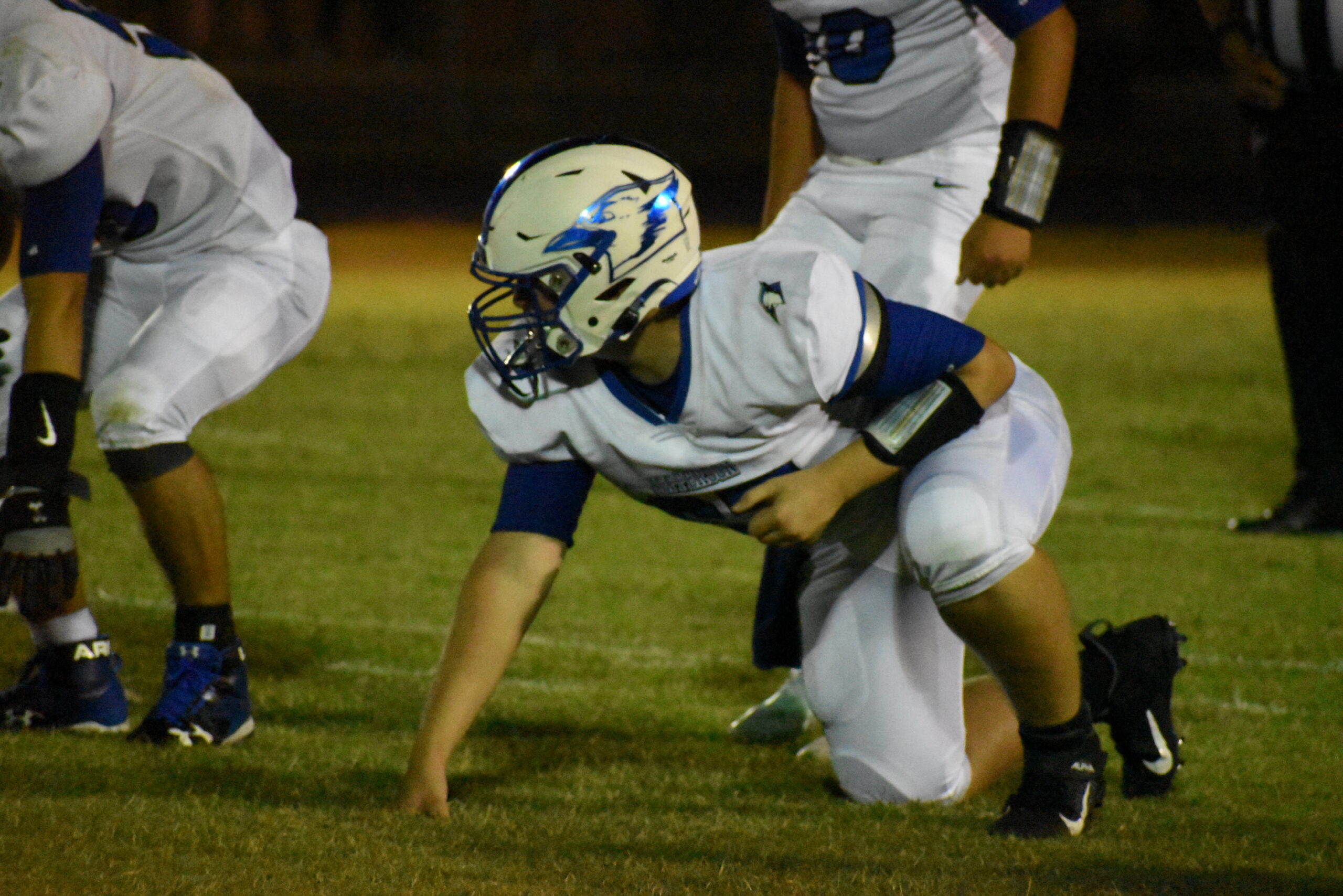 The Jefferson Blue Jays fell just short in a war of attrition on Friday night, falling 6-3 to the Fredericktown Blackcats.

In a game where both teams combined for just 254 yards, the Jefferson Blue Jays dropped their season opener Friday night at Fredericktown by a final score of 6-3. The Blue Jays were coming off an incredible 2021 season, but lost several key pieces to graduation, which likely factored into Week 1’s offensive struggles.

Jefferson’s strong defense remained intact though, as witnessed by the mere six points allowed in the game. They just need to get some of these new offensive faces in synch to generate some consistent touchdowns, which is hardly a far cry from the realm of possibilities.

There wasn’t much to tell in this one from a story line standpoint, as each team only scored once in any capacity. After a scoreless first quarter, Fredericktown tallied its only points of the game at the 6:45 mark of the second quarter on a one-yard touchdown run. The extra point failed, but the Blackcats led 6-0 at halftime.

Jefferson’s only points came at the 4:59 mark of the third quarter on a 28-yard field goal by Brandon Burford. Certainly not the offensive explosion that R7 fans were looking for after last season’s scoring output. Still, this is essentially a new team, so there are going to be speed bumps before this offense truly gets humming.

Offensively, Gavin Theodoro led the Blue Jays’ rushing attack with 44 yards, while QB Karson Haefner was 4-13 for 42 yards and an interception. The team mustered just 110 yards of total offense and only five first downs. Jefferson was just 2-10 on third down and 0-7 on fourth down.

So, there is clearly work to be done. “We struggled to move the ball through the air or on the ground,” said Jefferson Head Coach Matt Atley. This is Atley’s first year donning the whistle after taking over for Alex Rouggly, so, he has not only some big shoes to fill, but a work in progress on offense. That being said, he still has a talented group of young men under his care and there is more than good reason to think that he will succeed with flying colors.

Defensively, Tyler Crader led the way with six tackles and an interception. Max Schnitzler also had an interception, along with Konner Armstrong recovering a fumble, showcasing that staunch defensive style that Blue Jays football is known for.

On the flip side, the Blackcats managed just 144 yards of total offense with 74 yards passing and 70 on the ground, proving that both teams were offensively frustrated on the night.

Plus penalties were a decisive factor in the game. In fact, the two teams combined for 17 penalties totaling 125 yards. Jefferson had nine for 60 yards, leading Coach Atley to bluntly say, “penalties were an issue.”

As far as a history lesson, the Blue Jays had opened the past two seasons with wins over the Blackcats by a combined score of 91-6, so this one was certainly a bit of a shocker, and not what Jefferson fans were expecting from the jump. Hopefully they flip the script in their next matchup and get back to their winning ways.

Jefferson hosts Cuba in their home opener this Friday, September 2nd. Kickoff is set for 7pm.