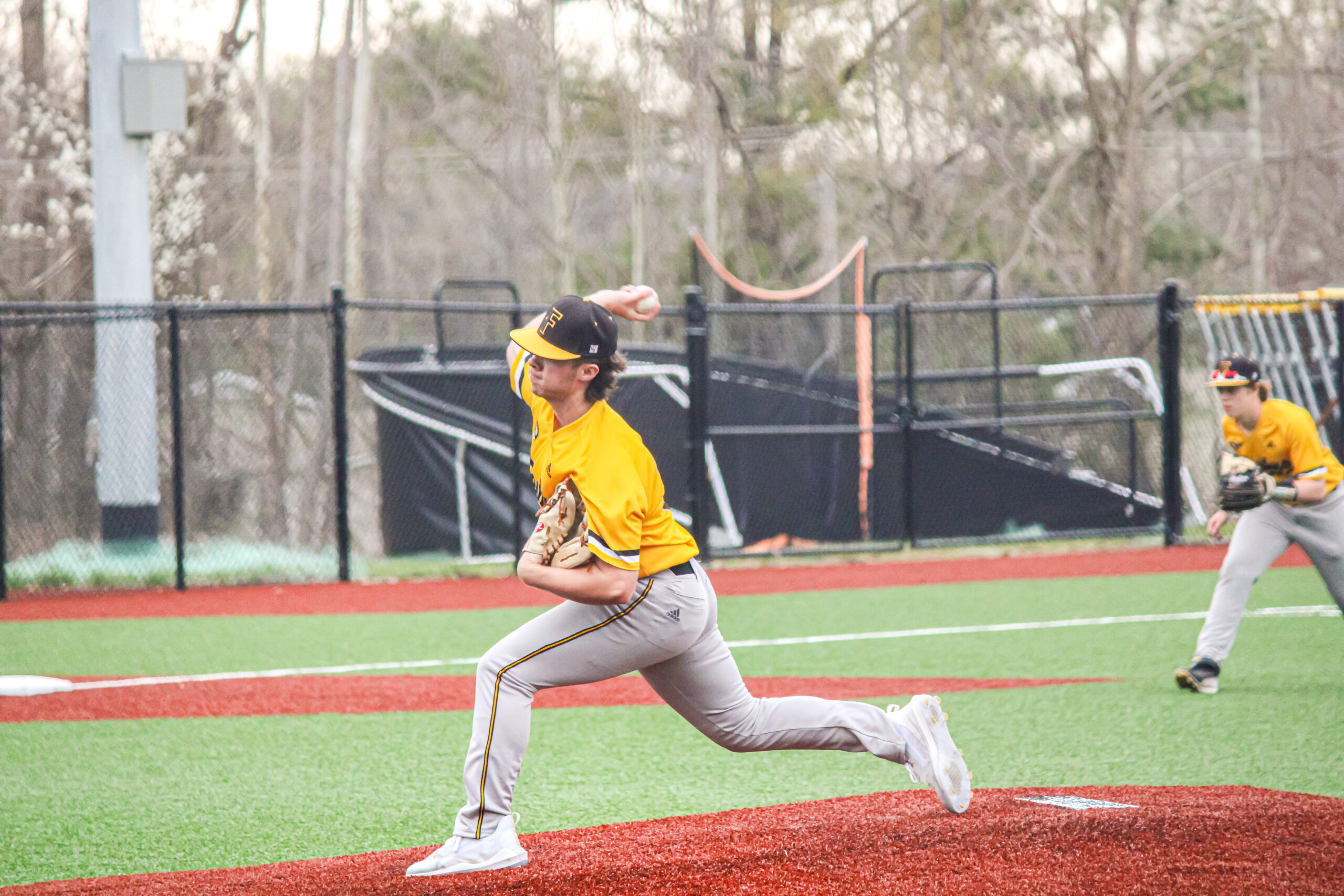 Tigers Fall to Patriots Before Rebounding with 4-Game Winning Streak

The Festus Tigers drop a tough one to the Patriots, but rebound with four big wins in a row to move to 10-4 on the season.

The past week for the Festus Tigers Varsity Baseball team was certainly an eventful one. It kicked off with a crippling 12-0 to the St. Louis Patriots, but ended up being a smoke show that led to a four-game winning streak. Now 10-4 on the season, the Tigers are primed for the heart of the 2022 campaign.

Festus kicked off the week on a sour note Monday with a stinker against the Patriots. There wasn’t much to write home about in this one as the visitors put up runs in then first four innings (1,1,6.4 respectively), and in a blink the Tigers were mercy-ruled in the fifth with a 12-0 loss. That dropped their record to 6-4 on the young season.

What a difference a few days can make though. Festus found another gear over the next four games and put together a truly impressive win streak, starting with a battle against the Jefferson R7 Blue Jays. The Tigers plated a run in the second to kick off the scoring before breaking through with three in the third to take a commanding lead. They then added insurance runs in the fourth and sixth to seal the deal, and cruised to a 6-0 victory.

The offense in this one was spread out fairly evenly, as no Tiger had multiple hits, but Nate Moore led in the RBI column with a pair driven in on the day. That was just the teaser for Moore’s day though, as he pitched a complete game shutout and frustrated Blue Jay hitters all afternoon. He went the full seven innings and allowed just two hits and a walk against eight strikeouts. He used 89 pitches (66 for strikes) to keep R7 off balance in his masterful performance.

Next up the Tigers travelled to Perryville and decided it was time for the offense to start humming. After a scoreless first, they exploded against the Pirates for five runs in the second, three in the third and four in the fourth to essentially eliminate any chance of a legitimate fight from their opposition. Perryville scratched out four runs, but Festus added two more and convincingly notched the victory 14-4.

This one was the Tyler Bizzle show, as he went off with a 4-for-4 performance that included a two-run homer, a double, two singles and four RBI. Not to be outdone was Anthony Simon, who had a two-run blast of his own and three RBI on the day. Brayden Montgomery was the only other Tiger with multiple hits, going 2-for-2 a single, a double, a walk, an RBI and two runs scored.

Ian Brown got the start in this one, going three innings and allowing three earned on three hits and a walk, but he fanned five. The bullpen was solid in relief with Mason Schirmer and Cole Skaggs combining for six Ks and just one earned run over their three innings of work.

That was two in a row, but the Tigers were far from done. Next they had a Saturday double-header against North County and managed to take both games while cracking double digits in each. The first tilt started off rocky with the Raiders scoring a pair in the top of the first, but the Tigers rebounded with five of their own in the second and never looked back. They posted solo tallies in the fourth and fifth innings before capping off the 10-2 victory with three runs in the sixth.

The Tigers had just three hits in this one, but they made them all count, and took advantage of eight free passes and six North County errors in the field. Wyatt Huskey, Connor McDonald and Simon each had a pair of RBI. On the mound, Connor Hulsey scattered four hits and two walks and used eight Ks to hold the Raiders to just one earned run in his five innings. Skaggs then slammed the door with two scoreless frames for the Tigers’ third straight win.

The final game of the week was in tune with the previous three, as Festus used a big inning to complete the sweep of the double-header. They found themselves trailing 3-1 after three, but erupted for seven runs in the top of the fourth before tacking on two in the sixth en route to the 10-5 victory.

Bizzle went off again in this one, going 3-for-3 with another homer and three RBI. Schirmer had two hits and a run driven in and Brown had a pair of RBI to pace the offense as well. Kaleb Kennedy got the start in this one and allowed just one earned over his three innings while picking up four Ks against just one BB. Montgomery and Trent Ellis each picked up two innings to finish off the double-header, allowing one run apiece.

Quite the formidable turn of events for the Tigers after dropping a tough one on Monday. It just goes to show that good teams find a way to dust themselves off and get back to what they do best, even after a particularly rough outing. Festus has another busy week ahead of them with games on Monday, Tuesday and Wednesday and will look to build on their four-game winning streak and 10-4 record.

Tigers Fall to Patriots Before Rebounding with 4-Game Winning Streak