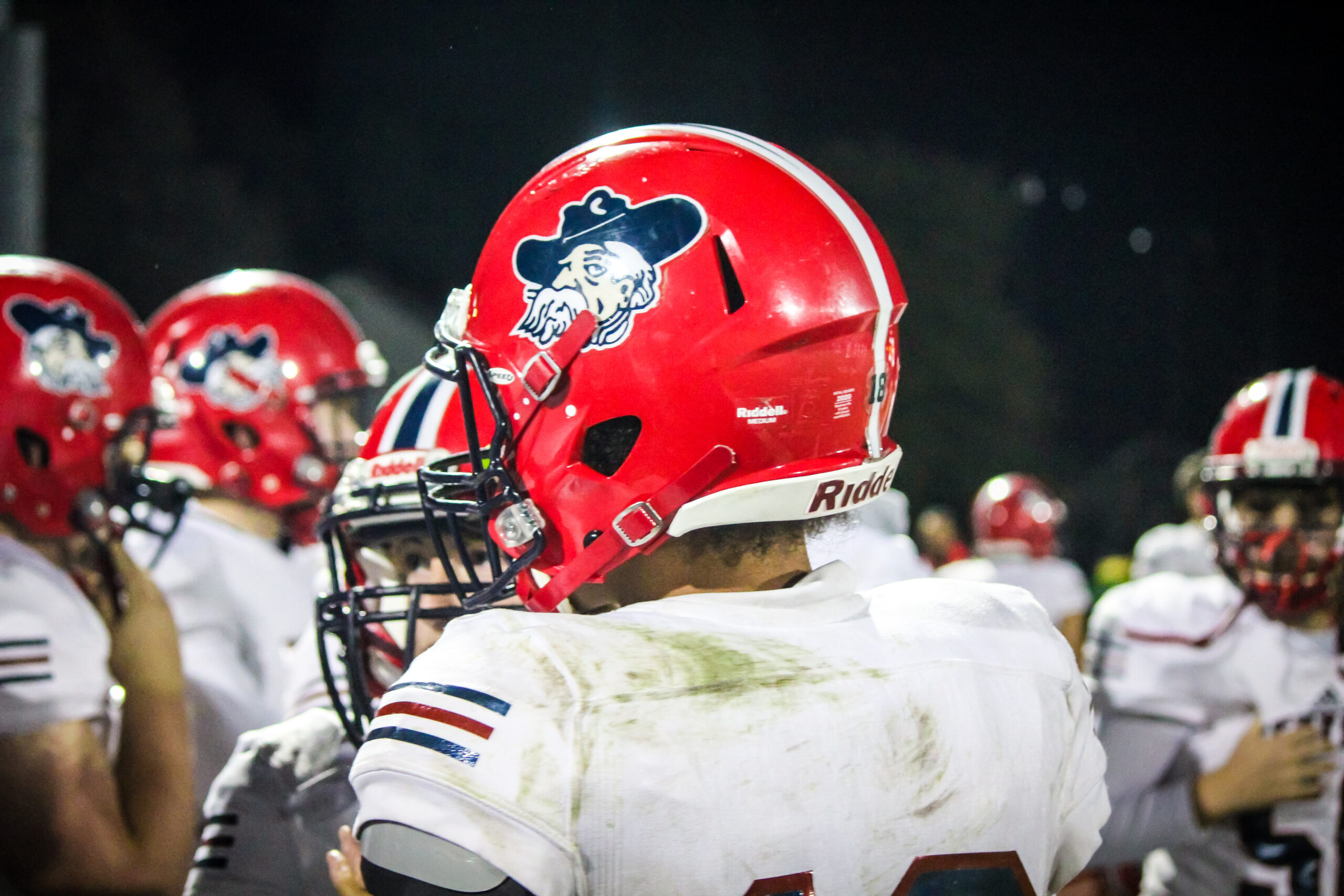 After Park Hills’ first loss of the season, the Central Rebels will look to right the ship against Fredericktown in an important Class 3 District 1 match-up.

Nothing lasts forever, and Central Park Hills Varsity Football team learned that lesson the hard way. The Rebels’ undefeated streak came to an end last Friday, September 30th, as they were beaten by another team sporting a flawless record, the Valle Catholic Warriors. This Park Hills loss in all likelihood gave Valle the number one seed for the Class 3 District 1 Tournament, which is the prelude to the MO State Championship.

Unfortunately, the Valle attack was just too powerful, as their relentless ground game eventually thwarted the Park Hills defense. The Warriors defeated the Rebels 40-30 and are now sitting firmly atop the league standings. Park Hills, now with a 5-1 record, will have to regroup and refocus their game plans for this week’s game against league rival Fredericktown.

This Friday, Park Hills will travel to Fredericktown to take on the 2-4 Blackcats in an effort to regain their winning ways. The Blackcats have not done much offensively in their six games, but they do have two wins. Their first win came in Week 1 against Jefferson (Festus), and most recently last week against a struggling DeSoto squad.

Last week was the toughest game of the season for Park Hills. However, even though they were stunned by an impressive Valle fourth-quarter comeback, offensively, the Rebels are a threat on every possession. Quarterback Casen Murphy had his lowest production of the season, but was still 16-25 for 131 yards with a touchdown. He also ran for 35 yards and a touchdown and had three catches himself for 18 yards. All-around weapon Jobe Bryant had seven catches, but was held to just 35 yards through the air. He did, however, rush 15 times for 135 yards and a touchdown, plus a two-point conversion.

Coming up on Friday, October 7th, the Rebels will attempt to reboot their win streak against the Blackcats. In every statistical category, Park Hills has the decisive advantage, putting the odds firmly in their favor. Now just beyond the midpoint of the season, there could never be a better opportunity for the Rebels to regain their lost momentum.