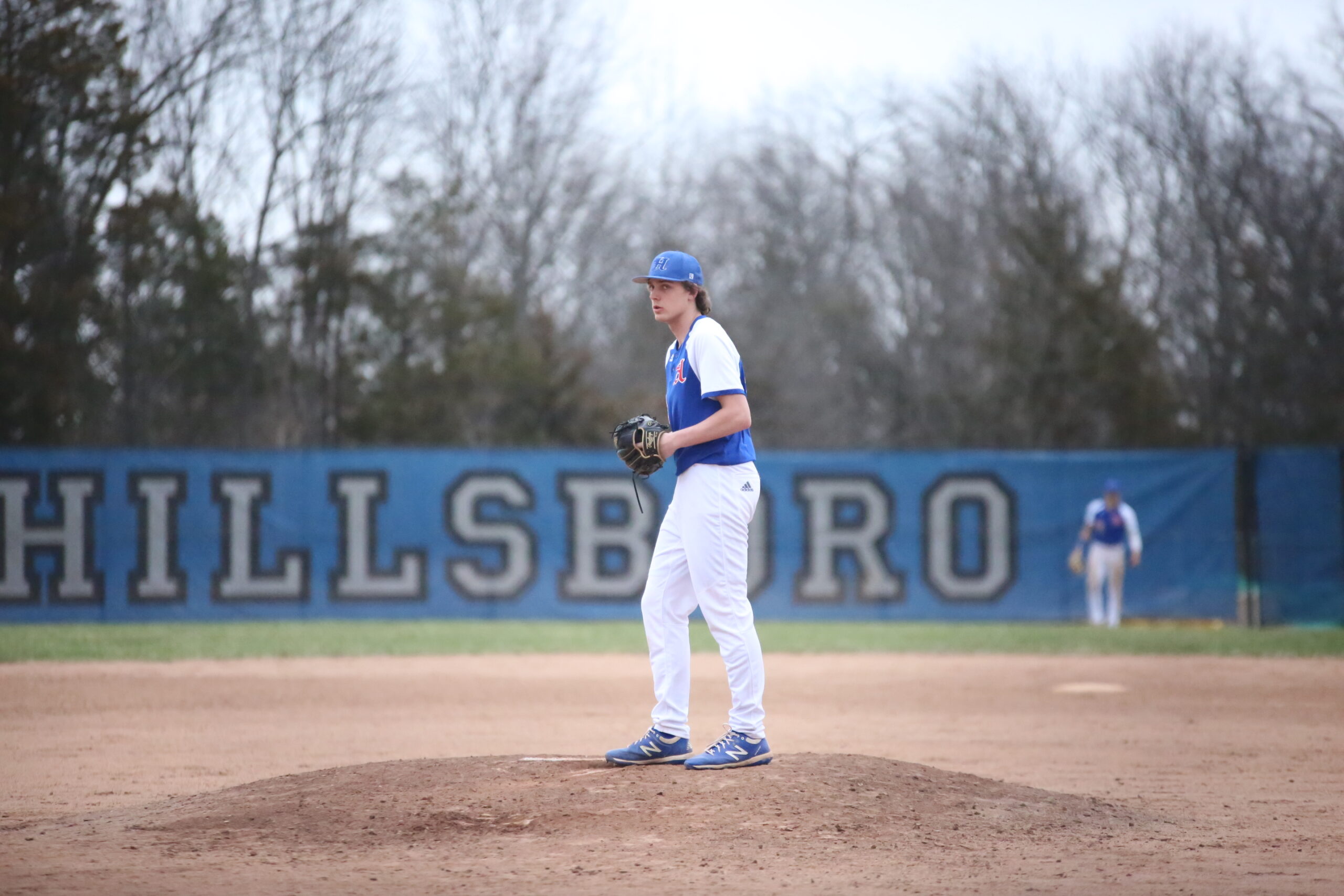 In the first game of the season, the Hillsboro Hawks bats were silenced by Parkway Central’s pitching in a 7-2 loss.

It’s finally baseball season and the Hillsboro Varsity team opened their season last Friday, March 18th against Parkway Central. The Hawks traveled to St. Louis to take on the Colts and, while they fought hard, a four-run fifth inning sealed their fate, giving Parkway the victory 7-2.

The Hillsboro offense never really got going. In the first inning, Jaxin Patterson led off with a single, then advanced to second on a walk and moved to third on a hit by pitch. He eventually tagged and scored when Keynen Drury flew out to the right fielder. The lead didn’t last long though, as Parkway countered and overtook Hillsboro 2-1 with two quick runs in the bottom of the first.

Another unconventional run by the Hawks got them back to even. In the fourth, the Hawks tied it up as Christian Groner crossed the plate, scoring on a bases-loaded walk drawn by Patterson. Unfortunately, Central came right back and notched another in the bottom of the inning to make it 3-2. That would be all they needed to get the win, but for good measure, the Colts tacked on four insurance runs in the bottom of the fifth to make it a 7-2 score.

It wasn’t the offensive showcase the Hawks had envisioned to start the season, as the team only managed three hits on the day. Patterson was the lone star here, as he had one run, one hit and one RBI in three at-bats. Groner and Jaxon Day each had one hit apiece.

The pitching managed to rack up some Ks but couldn’t keep runs off the boards. On the mound, Kyle Turman started the game and went two innings with five strikeouts before handing it off to Elliot Puhse. He threw 2.2 innings and notched five strikeouts as well, but also took the loss. Colin Vaeth finished the game, pitching the final inning.

Now the Hawks will have a few days to prepare for a two-game day on Tuesday, March 22nd, with games against Jackson and Washington. The 2022 season is still in its infancy, and while it wasn’t what they wanted, Hillsboro has one game under their belt and will look to right the ship. Something they are very capable of doing.