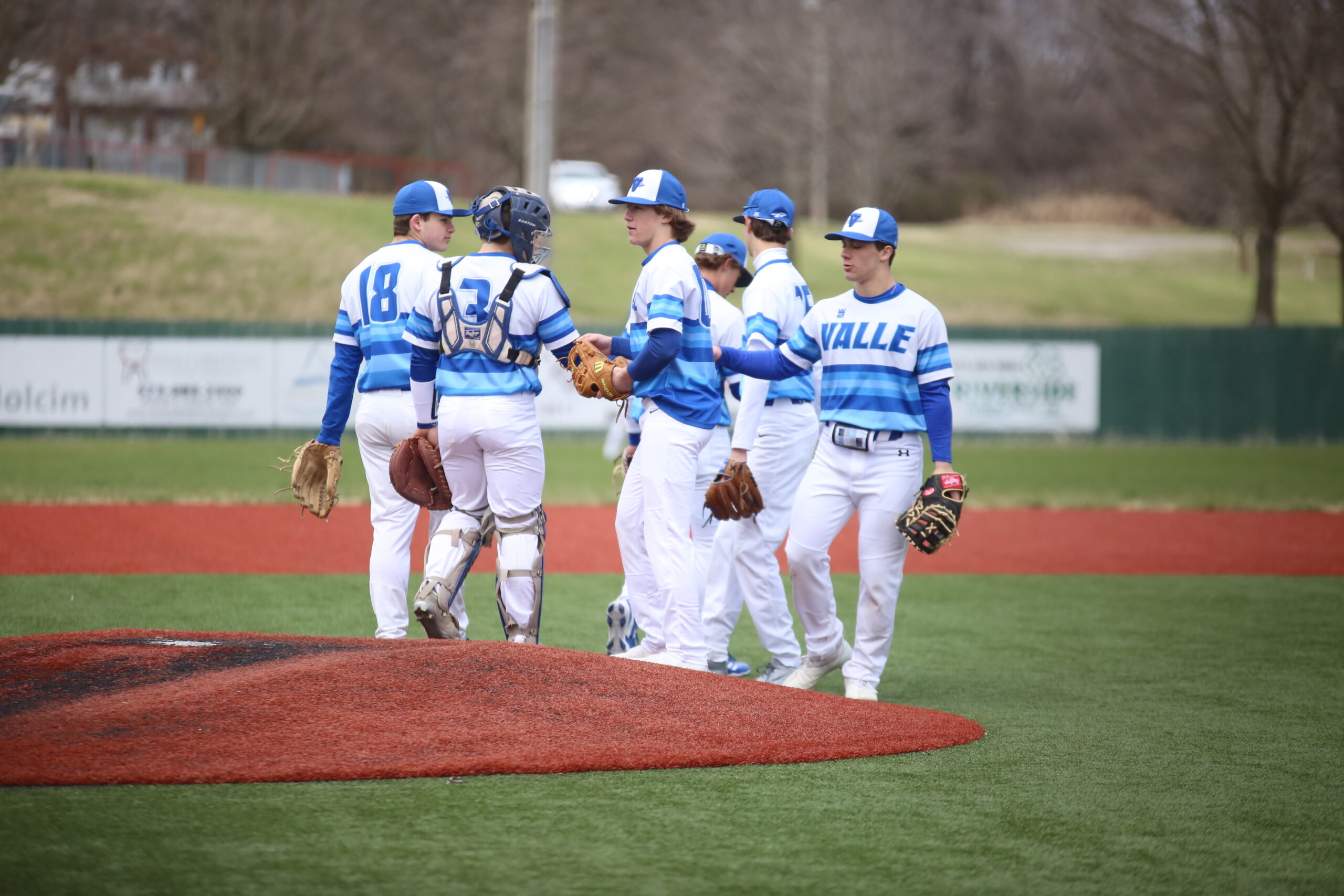 Looking to go all the way this season, the Valle Catholic Warriors hammered the Hawks and dominated the Dragons in the first two games of the regular season.

It’s officially Spring and that means high school baseball is back. For the Valle Catholic Varsity team, their season got underway with two games this past Saturday, March 19th. The Warriors opened with an early game against the Hawks from Kelly High School and followed that with an afternoon game against the DeSoto Dragons.

Baseball has a winning tradition in the Valle Program, which includes last year’s excellent 28-5 record. Looking to continue the winning ways, in the first game of the day Valle battered Kelly en route to a 9-3 victory. After getting down one run early, the Warriors scored three runs in the second inning, and then doubled that effort in the third inning, scoring six more.

If there were any questions about the offense, they were answered early, as the Warriors put up some excellent numbers with nine runs on nine hits. Outfielder Josh Bieser had a huge game, tallying four RBIs on two hits. Michael Okenfuss also had two hits and scored a run, while Aiden Heberlie had two RBIs on one hit.

The pitching showed up strong in game one as well. Chase Fallert started on the mound and notched five strikeouts in three innings to pick up the win. Clayton Drury was the next man up and also pitched three, picking up two strikeouts before handing it over to Heberlie to close it out in the seventh inning.

The hot bats rolled right into the second game as Valle scored two in the top of the first inning against DeSoto. However, the Dragons took the lead in the bottom of the first as they racked up three runs. Valle tied it up in the third with one run, but then exploded in the fifth with a monstrous offensive rally for seven more. DeSoto answered back with three in the bottom of the fifth but that was all they could muster as the Warriors knocked off the Dragons 10-6.

It was another fun game to be a batter for Valle, as they scored 10 runs on 10 hits, the biggest of which came from the bat of Bieser who lead off the fifth inning with a solo home run. Bieser, already having a remarkable season, went two for three and added two more hits and three more RBIs to his total. Heberlie had a great outing as well, going three for three with an RBI and two runs scored. Jackson Fowler also had two hits and an RBI.

Taking the mound to start this game was Grant Fallert. He pitched three innings, and then turned it over to Isaac Roth who went three more and picked up the win. Collin Vaeth then took over and shut it down in the seventh to seal the deal.

These first two wins are a nice, but baseball dominance is expected in the Valle baseball program. Last season, the team made an incredible run, winning the Class 4 District 2 championship, but finished in second place in the MO State Tournament. Looking to improve on that performance will be a tall order, but the Warriors are up for the challenge.