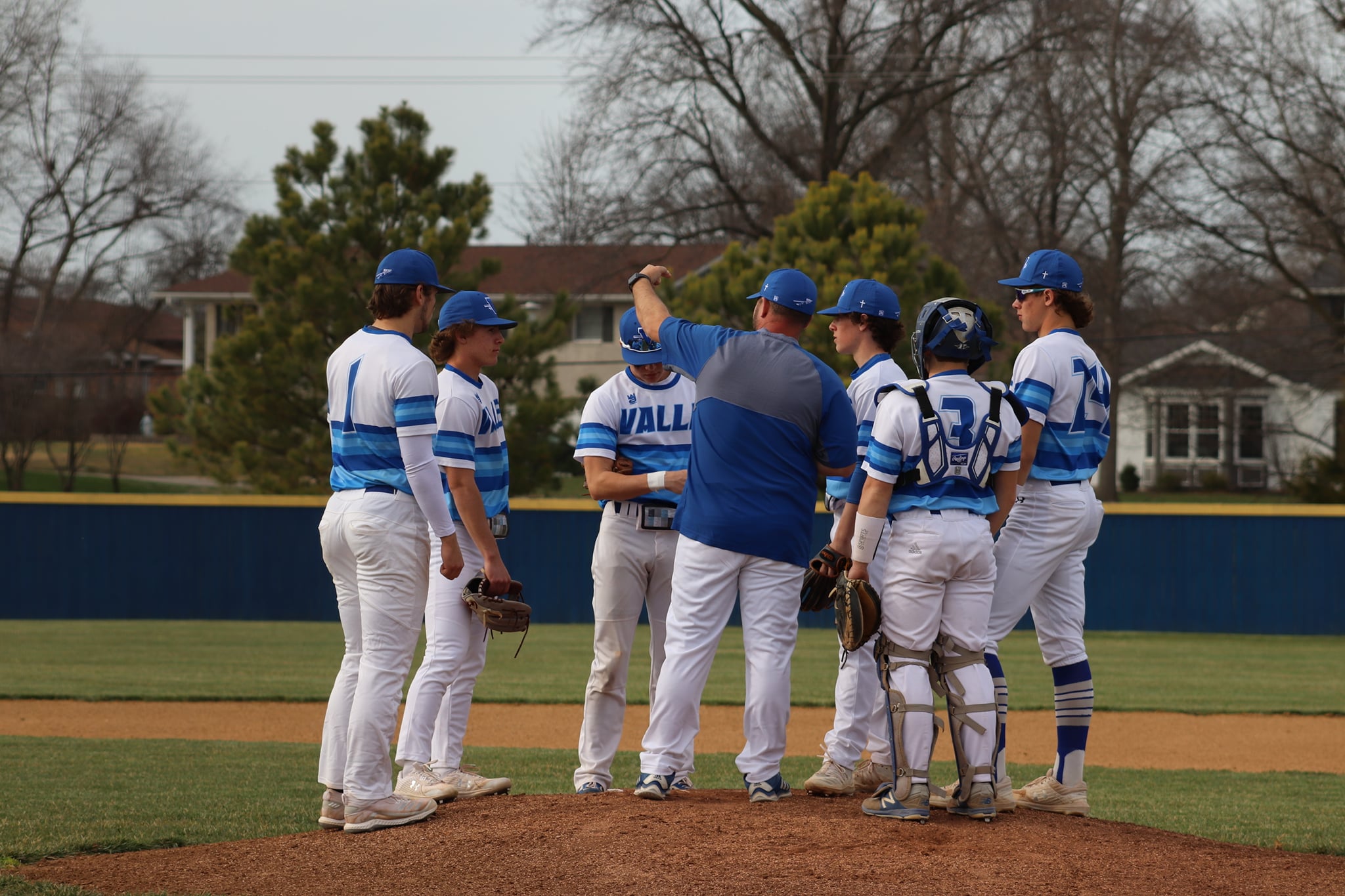 The Valle Catholic Warriors are back for the the 2022 season with some new faces and a drive to repeat as District Champions.

The 2021 baseball season was something to behold for the Valle Catholic Warriors. The Class 4 District Champions finished an impressive 28-5 and made it all the way to the sectional round of the State Championship Tournament. Even more impressive, the team that managed to eliminate them (Kennett) ended up winning the whole thing.

You know the old saying: “you have to beat the best to be the best.” That was likely the case last season, as the Warriors truly excelled. However, they did lose four impact Seniors (all pitchers) to graduation, so this 2022 squad will have a bit of a new look. Ameritime Sports caught up with Head Coach Nathan Gegg and picked his brain about what this season’s team would look like.

Below are his thoughts and expectations for this year’s squad.

Who do you see as being your top and key athletes this season?  Add a brief explanation of their importance.

Heberlie – Signed to play at Mizzou. Ridiculous athlete, loves the game of baseball, continues to get better with his OF play and his swing. Stole 47 bases last year and definitely “steals” us runs all season long.

Bieser – Garnered All-State honors last season at Catcher. He is one of the best natural hitters we’ve ever had. His increased strength should lead to more power and his Baseball IQ is phenomenal. We are lucky to have him behind the plate.

What are your expectations for the team this season?

We must get better at several small details. We must work harder than ever on the mound after losing four really good arms. Our expectation is to play a great schedule, prepare us for May and understand what it takes to be successful.

Are there any key games this season?

Our schedule is pretty tough and we are excited about it. Obviously any game against Ste. Gen would be at the top of the list from an excitement standpoint. We also play perennial powers Cape Notre Dame, CBC (Class 6 Final Four last year), Parkway West (23-4 last year), Lebanon (in their tournament), Cooter, Oran (Class 1 State Champs), Jefferson R7 (Class 3 Final Four) and several other District Championship winners.

What are the strengths of this team, and what aspects do you think will be a work in progress?

Our strengths are certainly our speed and our baseball IQ. We have the ability to run run run and plan on doing so. We also are blessed with a group that has played a lot of baseball and had tremendous coaching growing up so we are able to do as much as possible with everyone.

Our pitching is a work in progress. We lost 4 of our top 5 arms from last year. We look forward to watching our growth on the mound for many players getting their first Varsity innings.

Mention any other athletes you would like to say something about. Maybe some newcomers, or athletes coming off injury.

Roth played a very good RF for us last year and we look for him to continue to grow in all three phases of the game and become one of our leaders.

Okenfuss was a part-time starter last year but had several big hits. We think he can find another level with his power and arm in the OF.
Vaeth emerged as our DH last season and did a great job. We think he can be more versatile this season in the field and most certainly on the mound.
Nathan Schwent looks to join the Varsity club this season. He has a uniqueness to his game, which allows him to move all around the field. His hitting stroke allows for consistent contact as well.
Juniors that look to compete for spots: Clayton Drury (P/MIF), Jackson Fowler (1B/DH), Luke Meyer (1B/OF), Bryce Giesler (OF/P), Brandon Giesler (2B/P), Aaron Eftink (3B)
Sophomores that look to compete for spots: Grant Fallert (INF/P), Isaac Viox (3B/1B/P), Alex Viox (C), Rylan Fallert (OF/P), Preston Lurk (OF/P)
The Warriors are going to have to lean on some new faces in the arms department, but the talent pool at Valle is exceptionally deep, so to think they won’t find some gems would be, well, a silly thought. There’s no telling if they will repeat last year’s success, exceed it or fall short, but that’s why they play the games. Still, with the talent on this roster the needle seems to be pointed North.
Good luck Warriors!
Baseball Season Preview Series: Valle Catholic Warriors