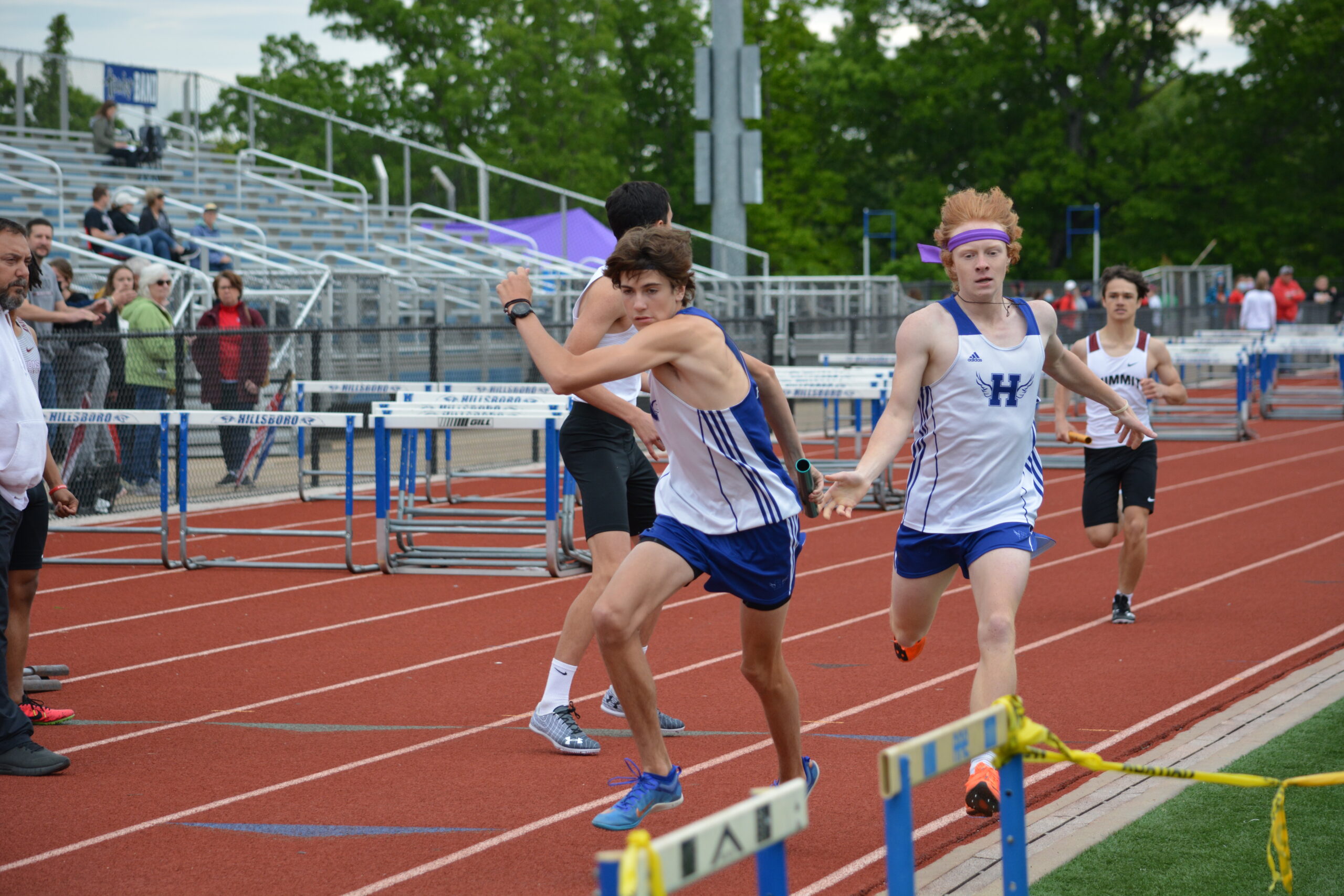 The Hillsboro Hawks Boys Track and Field team sends several athletes to State after an impressive showing at Sectionals, where the team tied for first overall.

The Hillsboro Hawks Boys Track and Field squad had their work cut out for them on Saturday May 22nd, as they faced a host of different schools and battled the heat that comes with the beginning of a Missouri summer. When the dust settled, Hillsboro found themselves tied for first place with rival Festus at 123 points on the day.

Head Coach Todd Medley commented on what it took for so many individuals on his team to qualify for State. “It was a really great day, albeit, extremely hot but everyone battled and took care of themselves really well. We were adamant about trying to stay in shade and always drinking water,” said Medley. “We had some really good performances as well. Sam Wright won both his Hurdle races again, and the 200 and took second in the 100.”

“The meet went pretty great!” said Wright “Three PRs. Couldn’t ask for anything more. Preparing mentally for State will be the biggest thing. We have already put in the work for State, it’s just time to show up and do our best.”

Cody Bishop cleared 3.66 meters in the Pole Vault, which earned him a second place finish and a ticket to State. Tristan Jones took third in the Triple Jump with a distance of 13.04 meters. Zach McNees took second in the Discus, with a 38.99 meter throw, and Patrick Lee qualified for State in the High Jump, clearing 1.75 meters.

McNees relayed his excitement for the upcoming competition. “I’m glad to compete at State and finish up my high school athletic career. I’m hoping for a State medal as well.”

The Hawks will head to Jefferson City this Friday, May 28th, for the State Championship.  This is the big finale.