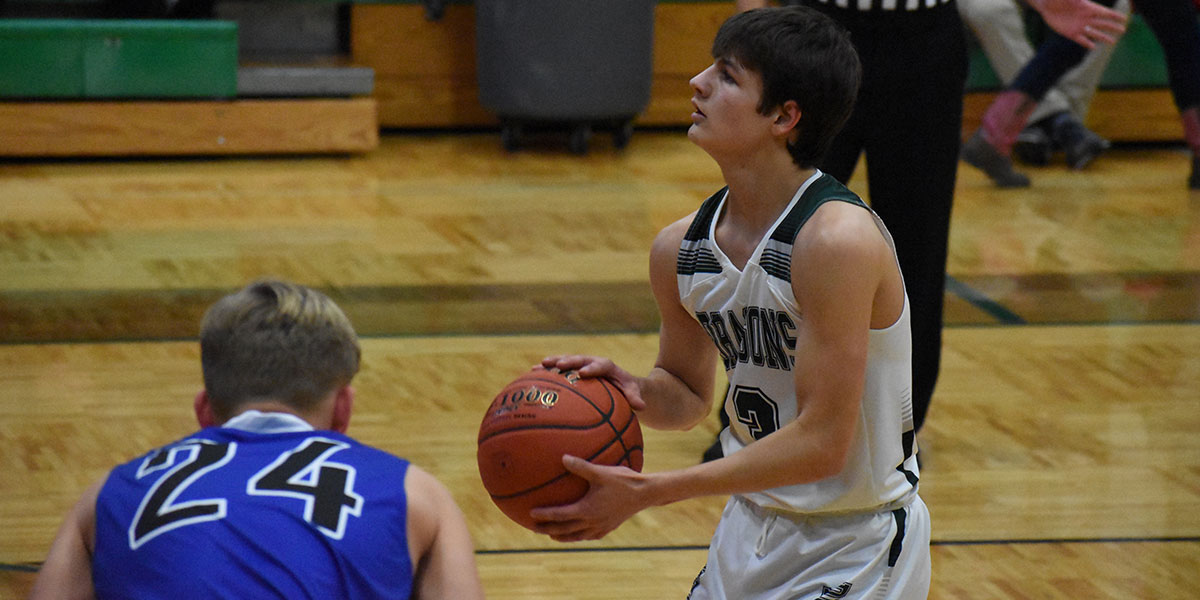 The Ste. Genevieve Dragons seven-game win streak stops Friday courtesy of the North County Raiders. The Raiders have had the Dragons’ number historically, as Ste. Gen has lost their last eight consecutive matchups with North County dating back to 2017.

The Ste. Genevieve Dragons Boys Varsity team’s win streak was put to a stop Friday by the North County Raiders. The Dragons have now lost their last eight consecutive matchups with the Raiders dating back to 2017, after this 62-44 loss.

The Dragons fell behind from the start and had trouble establishing a rhythm early. Anthony Nash scored the Dragons’ only three points in the first quarter. To make matters worse, North County scored 18 and took a commanding lead.

Ste. Gen. had more offensive success in the second as Ricky Hunter and Blake Morganthaler each hit a shot from three-point range to get on the board. Landon Rose managed three in the quarter as well and the Dragons outscored the Raiders 13-9 in the second. Unfortunately they still trailed 27-16 at the half.

“We struggled in the first quarter to score,” Head Coach Rob Coleman said.  “We also gave up a lot of offensive boards to North County that gave them many second chances and easy buckets. We made a run at them in the second quarter and at the beginning of the third we had it cut to 9 but didn’t execute on the offensive end.”

The third quarter started well for the Dragons. They scored 13 but North County had their best quarter of the day. The Raiders poured in 25 points and built on their double-digit lead. Ste. Gen. outscored them in the fourth but it ultimately wasn’t enough as North County won 62-44 and sunk the Dragons’ record to 12-6.

“We didn’t play our best game,” Coleman said. “We had a lot of turnovers and got outrebounded. It didn’t help that Aiden Boyer didn’t play as he is our leading rebounder and second-leading scorer.”

The addition of Boyer surely wouldn’t have hurt the Dragons’ chances in this game. One of the biggest struggles on the day for Ste. Gen. was turnovers. They turned the ball over 27 times and North County scored 26 points directly off those turnovers.

Hunter led the team with ten points. He was 2-2 from the free-throw line and hit two shots from beyond the arc. Morganthaler was just behind with eight points of his own. Nash had five points and six rebounds. Thomas O’Brien, Rudy Flieg and Carter Klump each had four points. O’Brien and Flieg also had four rebounds apiece.

The Dragons were on a roll before North County rained on their parade. This game wasn’t the greatest in terms of execution for Ste. Gen, but they look to get back on track and prove this loss was just a bump in the road. The next tip-off is Saturday, Jan. 30 against Jefferson R-7.