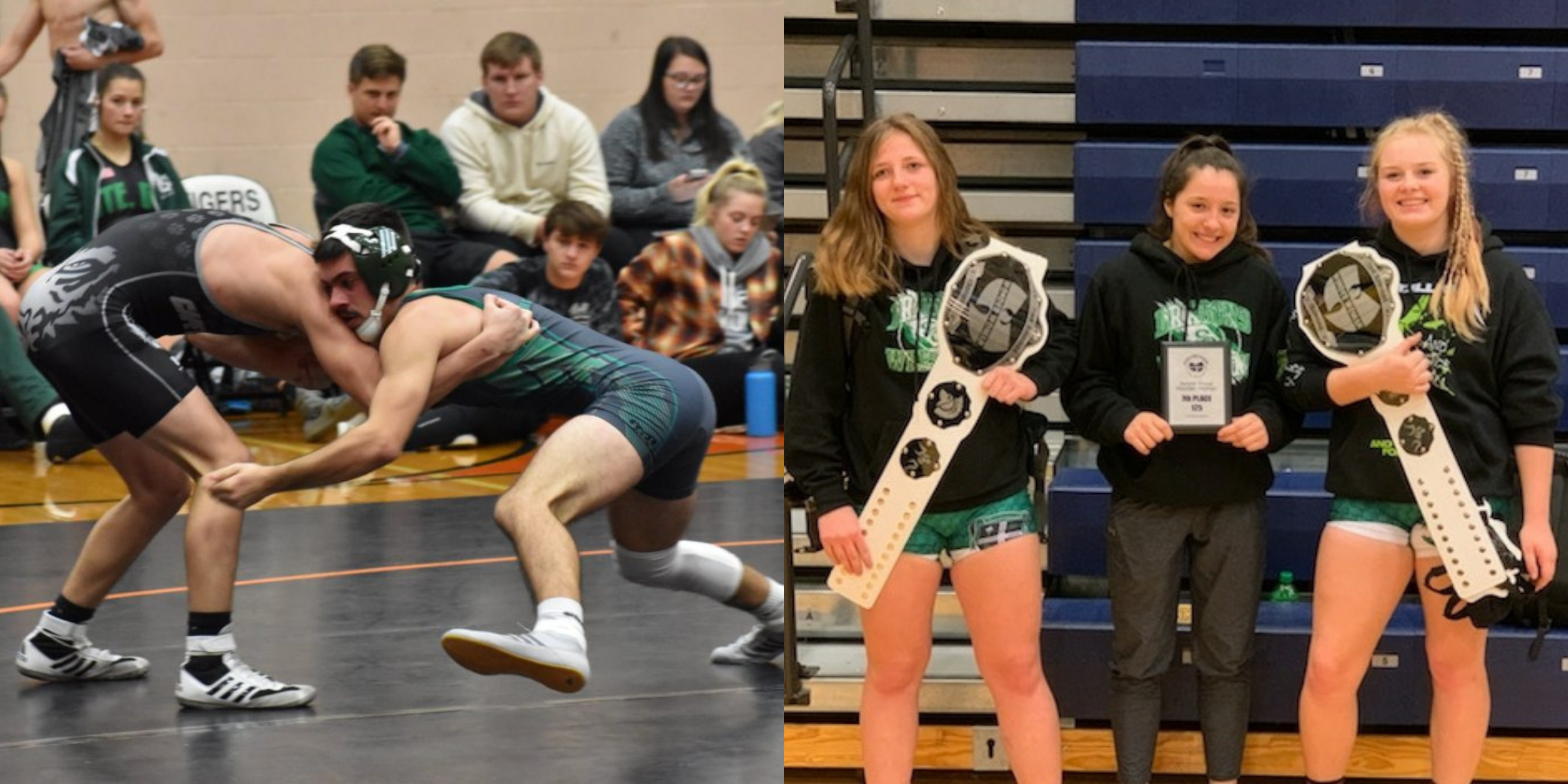 Hope of a big season for the Dragons rests on the shoulders of upperclassmen.

Losing a team captain is never a good thing. Losing a state placer is even worse. Having graduated, Jake Dickens won’t be around to lead the Ste. Genevieve Dragons Varsity Boys Wrestling team this season, leaving a set of huge shoes to fill.

The Varsity Girls Wrestling team also lost a state placer, the first in Dragons history. Genevieve Nickelson nearly won it all in the inaugural season of the girls program. Her graduation leaves a hole, but provides a great opportunity for the next athlete to step up.

In light of the loses, Ste. Gen has a lot to build upon, as they are returning several state qualifiers, including two state placers. Dalton McNeal and Gavin Gross both placed in state, and will most likely be the upperclassmen carrying the biggest load. On the girls side, Kaylee Gross and Maggie Myracle will undoubtedly be the workhorses in the room, as both have much to prove after qualifying for state last year.

Other returning state qualifiers are Nathan Selby, Levi Wiegand, Dale Propst and Ryan Schmelzle. Head Coach Jared Bonnell commented on his relatively young squad, “We are hoping to see strong leadership from our seniors and juniors. Our freshmen class is responsible for the majority of our wrestlers and I can see several of them getting a heavy dose of Varsity wrestling this season.”

Bonnell laid out his expectations quite simply, “My expectations are to offer stability and to promote growth in each of our athletes. We have a team that may be a little slow out of the gate, but could be red-hot by the end of the season.”

In terms of his wrestling room building great future wrestlers, Bonnell likes what he sees, “We have a solid mix of underclassmen. I like the work ethic I am seeing in the room. I am confident that we’ll have plenty of opportunities to mention their successes throughout the season, but for now, I am giving the spotlight to the seniors.”

Four seniors Bonnell is relying on to bring home the hardware are McNeal, Gross, Selby and Kaleb Myracle. “McNeal and Gross are in the hunt for another state medal. I have witnessed their tremendous work ethic and know they are capable of finishing their career at the top of the podium,” said Shaw. He went on to say, “Selby and Myracle have shown steady improvement the past three years. I look for their experience to shine for them this season with the hopes of a state appearance and even a medal.”

The start of the wrestling season is always an anxious time, but the Dragons have the weapons in their arsenal to be a force against any opponent.