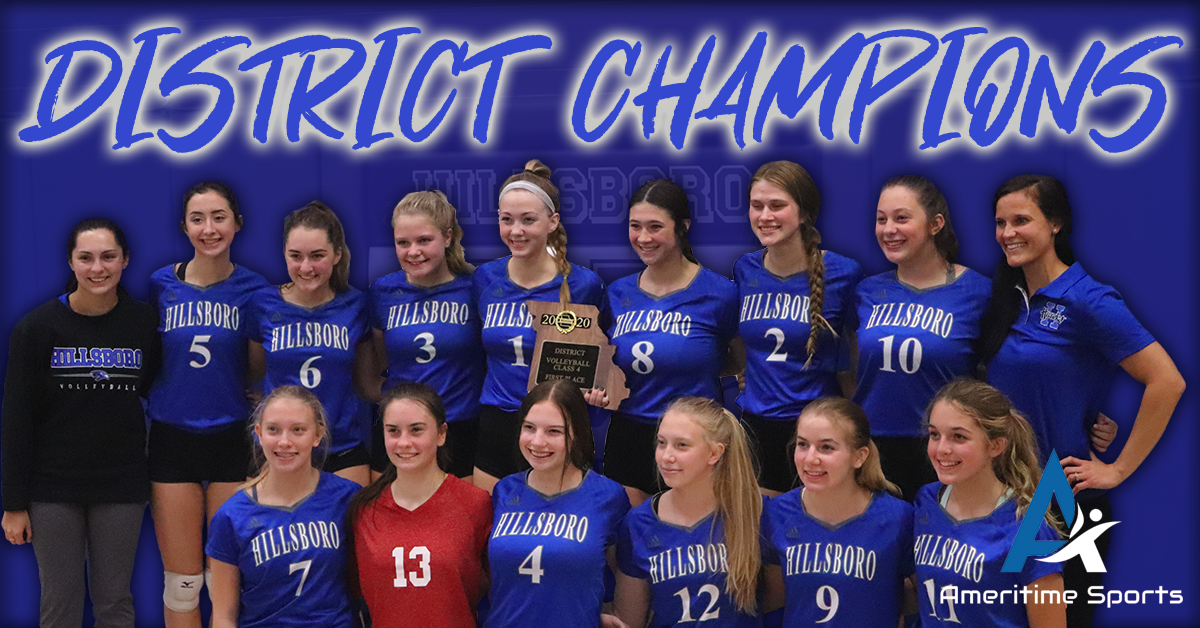 The Hawks beat perennial powerhouse St. Pius 3-1, after getting swept in three straight sets by the Lancers last week. The Hawks can now bathe in their own bragging rights for the first time in 23 years.

The Hillsboro Hawks girls varsity volleyball team did something truly special on Wednesday, as they won the district championship for the first time in 23 years. Pop some bubbly, kiss a baby or just dance like no one is watching, because this is an occasion to be exponentially celebrated.

The Hawks flat out got it done, and, amazingly enough, the last time Hillsboro won a district title (1997), none of the girls on the current roster were even born. The gym on Wednesday was full of screaming students, energetic parents and a locked-in group of girls determined to send the St. Pius Lancers home disappointed.

Of course to set the stage for dramatic effect, Pius jumped out to an early lead, as Hillsboro struggled in the first set. They couldn’t seem to find a rhythm and their communication was out of whack. Naturally, Pius won the set 25-14.

The Hawks were determined to straighten things out though and stick to their original game plan.

“I don’t think I changed one thing,” head coach Erin Boss said. “The only thing I said was ‘That’s one. We’ve got three more. We’re going to four.’”

Hillsboro flipped the switch. The girls came out focused and slammed their foot on the gas pedal. They built up a few big leads early in the next three sets, and Pius couldn’t overcome them. The Hawks won the second set 25-17, the third and fourth 25-13, and ultimately etched their place in history. 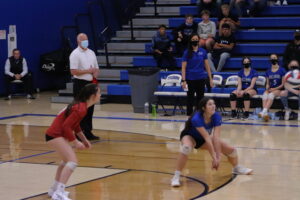 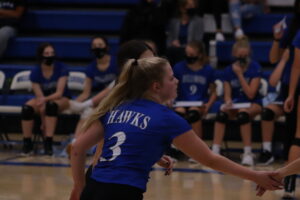 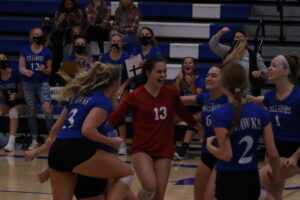 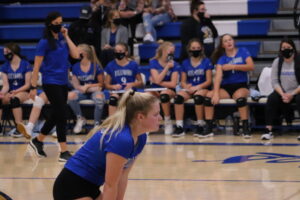 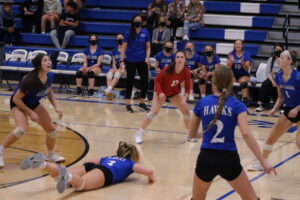 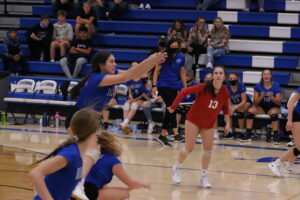 “I think our communication, our excitement and our will to win is what really makes us play well together,” Senior Mackenzie Baker said.

Baker finished the match as the team leader in kills with 12. She also had 17 digs and two aces.

The Seniors showed up this match just as they have all season. Bella Lewis and Sophia Marchetti were tied for second in kills with nine each. Lewis also contributed an ace and 15 digs, while Marchetti received 30 serves to lead the team, had 23 digs and added an ace of her own. The offense, as usual, ran through Evelyn Roland. She had 25 assists to lead the team.

“I think our team has such a great dynamic,” Marchetti said. “We all work so hard together and we don’t do it for ourselves, we do it for each other.”

Marchetti and Roland were recognized for a couple of big career achievements after the game. Roland surpassed 1000 assists in their match against Festus on Oct. 15. Marchetti surpassed 1100 digs as well.

Another big contributor was Sophomore Bella Uzzle. She had 22 digs, received eight serves and smashed four aces. Junior Maya Wright made her mark on the match as well with two solo blocks, four assisted blocks and seven kills.

The Hawks are now set to take on Nerinx Hall in sectionals. The game plan is simple…

“You go north and it’s a little different ball game,” Boss said. “To get there we’re just going to keep doing what we’ve been doing. I hope that same [Hawks] team shows up.”

That message from the head coach has had no problem burrowing its way into the girls’ heads.

“For the rest of the postseason, we’re just going to keep doing what we’re doing,” Marchetti said. “Keep working hard and staying focused.”

The Hawks will attempt to keep doing what they have been doing against Nerinx Hall on Saturday, Oct. 31 at Rockwood Summit. Here’s hoping for a Happy Halloween for the lady Hawks and another historic win.