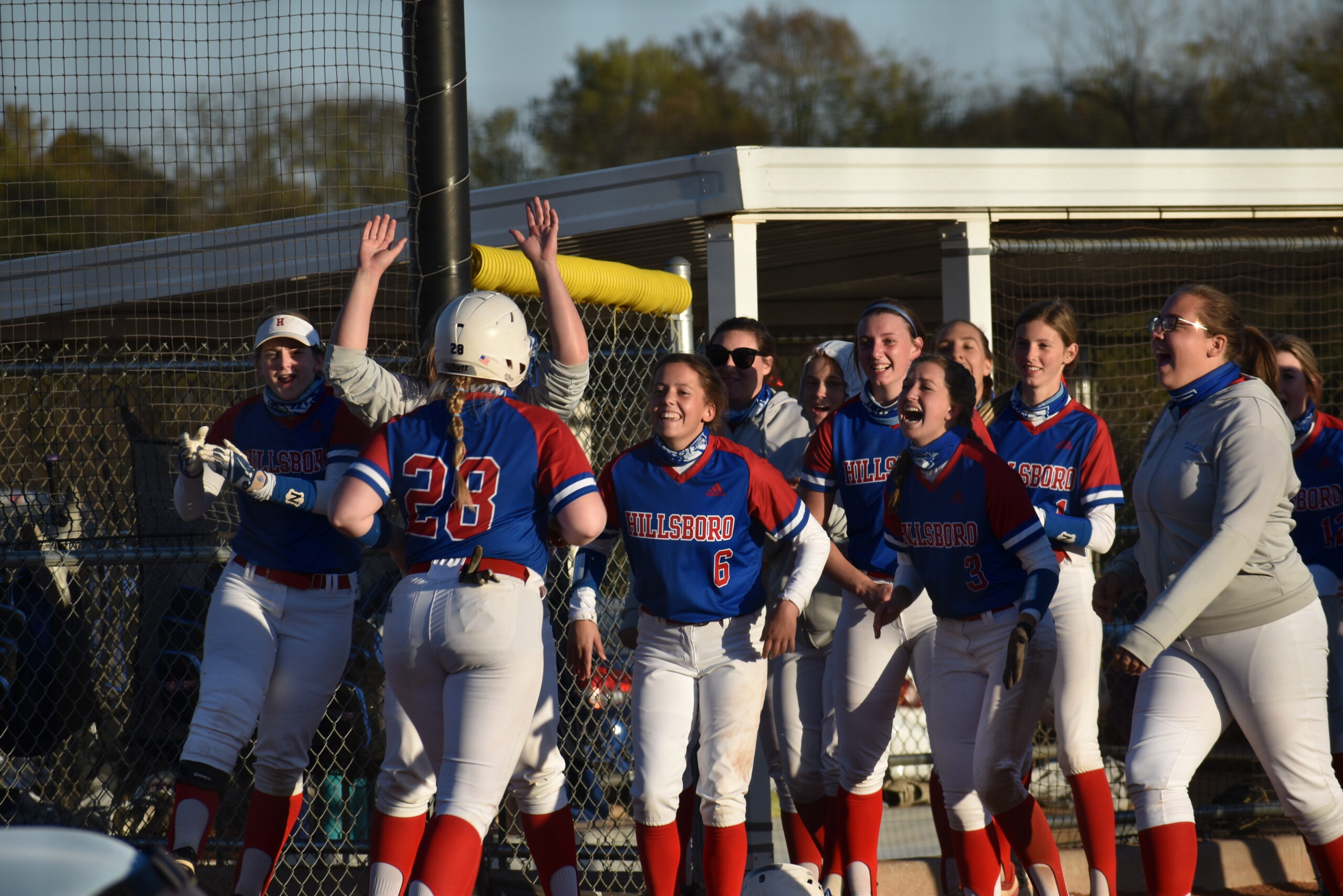 The Hillsboro Hawks season ends with a tough loss, but has a lot of pieces to build toward future success.

The Hillsboro Hawks’ softball season has come to an end. It was a tad earlier than they would’ve hoped, but their season was nothing to shake your head at.

“I thought we had a very successful year considering everything going on right now,” Head Coach Kevin Lucas said. “Coming into the year we weren’t sure how things would be but we were still able to win a conference championship and even played for a district championship.”

The conference champion Hawks crushed Sikeston in the district semifinals 10-0 and headed into the district championship with a lot of momentum. The Hawks took a brief lead in the district finals, but Farmington had a huge seventh inning and ended Hillsboro’s season. They lost 5-2, finishing their season at 18-10.

Ellie Bartlett led the team with a .486 average, while Elly Eckrich was right on her tail at .434. Hailey Genge narrowly missed the .400 mark, and ended her season at .397. Bartlett led the team in RBIs with 24, led in slugging percentage at a whopping .729 and was tied for second with Alanah Dunphy in home runs with two. Dunphy was tied for second in RBIs as well with 19.

Sara Stokes also had 19 RBIs. Bartlett, Eckrich and Genge all had over 30 hits on the season. Dunphy, Stokes, Alex Wick and Nicole Evans all had over 20 hits. Genge also led the team in runs scored with 34. Dunphy was close behind with 29.

There were only three pitchers that graced the circle for Hillsboro this season. One of them was Jenna Clay who only threw two innings on the year. The other two were Wick and Eckrich. To say they carried the load would be an understatement. Wick pitched 85.2 innings and Eckrich pitched 83. Eckrich struck out 117 batters and Wick struck out 87. Wick only allowed 28 earned runs and had an ERA of 2.29. Eckrich allowed 26 earned runs and had a 2.20 ERA. Eckrich’s WHIP was 0.93, while Wick’s was 1.30.

Despite what many would consider a successful season, Lucas is focused on the future.

“I feel like there are a few little things we need to improve on to become a better program,” he said. “Some of that starts in the offseason. I think we need to get more dedicated in the weight room.”

Lucas wants improvements in all areas of the game.

Great programs are always looking forward and hold everyone accountable. And sometimes, it starts at the top.

“Looking back on the fact that we didn’t achieve all our team goals shows that I also have some things to improve on as a coach,” Lucas said. “I’m already looking at things I can do to make myself a better coach and hopefully that will help the team be more successful.”

Internally, many believe Hawks’ varsity softball is on the rise.

“The future of Hillsboro softball is very bright,” Lucas said. “We had a very good year at the JV level and also had some younger girls play big roles for a varsity team.”

It’s safe to say, this is a program with high hopes and has the right pieces in place to build toward something special. The future certainly appears to carry a lot of promise for the Hillsboro Hawks.