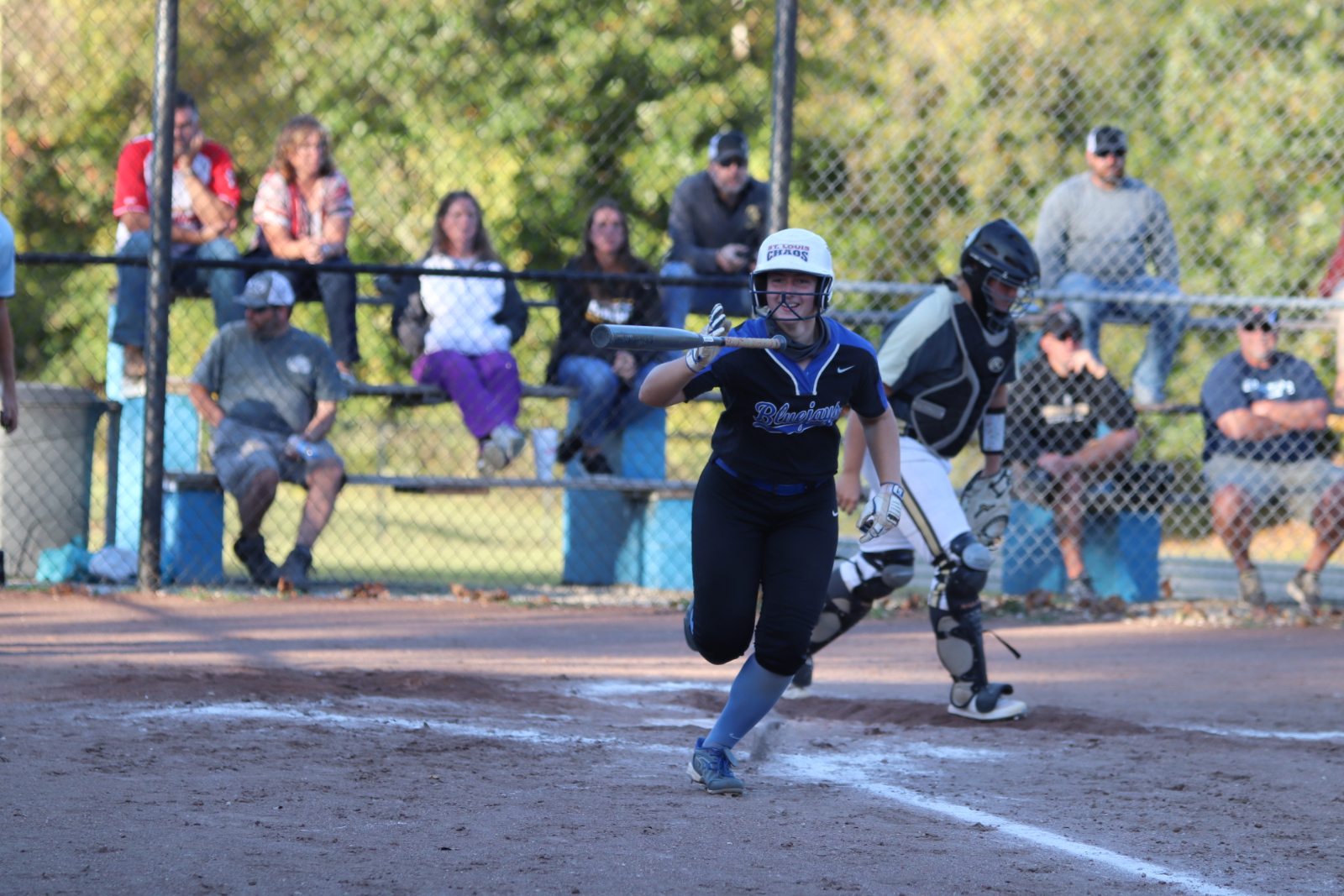 The Jefferson Blue Jays take the semi-final 4-3 over St. Pius X, giving them a chance to play for the championship Friday night.

The Jefferson Blue Jays (7-13) took on the St. Pius X Lancers (10-3) Wednesday night with a chance to move on to the finals. Thanks to some excellent pitching, the Blue Jays were able to secure a 4-3 win.

After dispatching Louisiana 11-3 in the opening round of the district playoffs Tuesday night, the Blue Jays had to face their semi-final opponents just 24 hours later. The opponent in question was the St. Pius X Lancers, who took down the Hermann Bearcats 5-0 in their opening-round game the night before. The Blue Jays and Lancers would not be facing each other for the first time this season either; as earlier this season, the Lancers took down the Blue Jays 3-0.

Doing the Blue Jays pitching was senior Megan Payne, who pitched three innings of one-hit softball on Tuesday. Payne entered the Wednesday night affair with a record of 2-5 and an ERA of 4.23. The Lancers had senior A.J. Agers taking on the pitching duties for the evening.

It was the Lancers who struck first in the bottom of the first inning. Senior Payton Baker started the scoring on a single to drive in Agers, which was quickly followed by another single from A.J. Stetina to drive home one more run.

Down 2-0, the Blue Jays were quick to strike back in the top half of the second inning. The inning started with Cami Menke reaching base on a walk and advancing to second on a groundout by Brittany Bittick. With two outs and a 1-1 count for Paige Wagner, Menke broke to steal third, but an error allowed Menke to come home, making the score 2-1.

The Blue Jays were able to tie it and then take the lead in the following inning. Morgan Figliolo started the inning’s scoring with a single to center field, plating Brynn Wilson, and the Blue Jays took the lead with the next hitter. Enter Catryn Cattoor, who blasted a double to bring Figliolo around to score.

With the score 3-2, the pitchers began to take hold of the game, as neither team was able to put runs on the board for four innings. From the second to the sixth inning, Payne recorded 13 straight outs before surrendering a double to Agers to break that streak.

In the top half of the sixth inning, the Blue Jays were able to extend their lead on the back of a double from Menke that brought home Cattoor, making the score 4-2.

With the Blue Jays unable to extend their lead in the seventh, the Lancers had one last chance in the bottom of the seventh inning to tie or win the game. It became quickly apparent that the Lancers weren’t going out without a fight. After Payne got a pop out to record the first out, she walked Tori Ott to bring the tying run to the plate. Payne got the next batter to ground out, while Ott advanced to second, but Mia Sherman doubled to make the score 4-3 and bring the winning run to the plate. With the pressure at an all-time high, Payne was able to strike out the game’s final batter to give the Blue Jays a win and a ticket to the district finals.

Payne was rewarded with the win for her efforts Wednesday night. She pitched one of her best games of the season, going seven innings, giving up three runs (one earned), five hits, one walk and striking out eight. This gives Payne her third win of the year while also improving her ERA to 3.83.

Cattoor continued her strong season at the plate against the Lancers, going 2-3 with an RBI, a double and a run scored. She is now hitting an outstanding .633 on the season with a slugging percentage of 1.33 and a team-high nine doubles, six triples and seven home runs.

Some other Blue Jays who made a difference were Menke and Figliolo. Menke went 1-2 with a double, an RBI and a walk, while Figliolo went 1-4 with an RBI and a run scored.

The Blue Jays will now play for the district championship Friday night, taking on the Elsberry Indians (13-10).