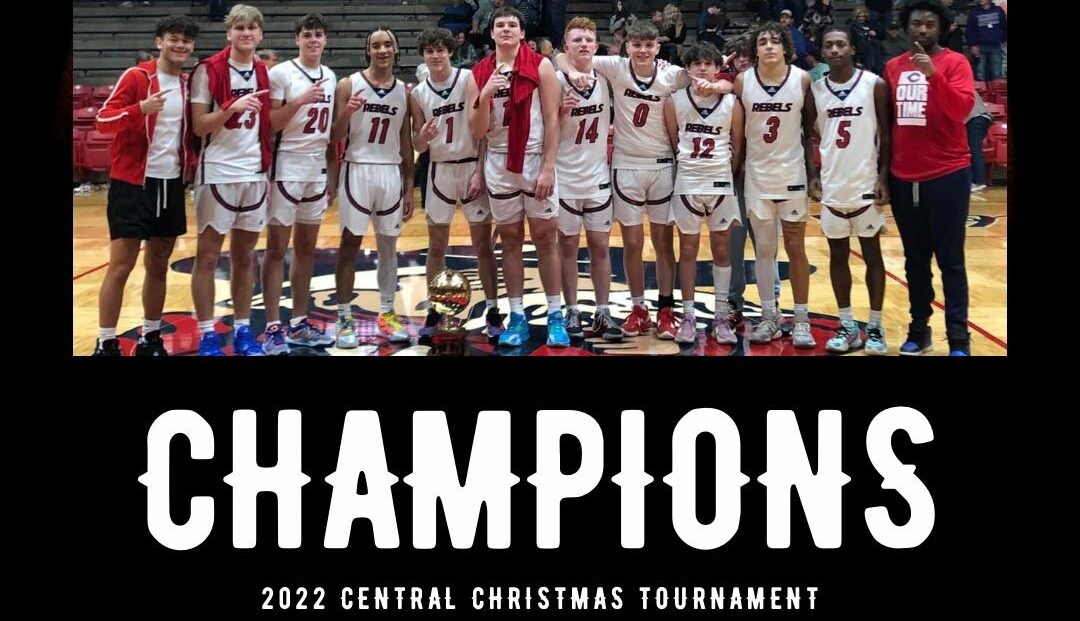 The Park Hills Central Rebels host and dominate the annual Christmas Tournament, taking down Hillsboro in the finals.

The Park Hills Central Rebels made a statement over the holidays with a heck of a run through the 67th Annual Bob Sechrest Jr. Central Christmas Tournament. The red-hot Rebels cruised past Perryville, North County and Steelville before taking down Hillsboro in the championship game. The win was the 10th in a row for Central, and they are simply humming right now.

Park Hills, who hosted the tournament, got things started against the Pirates in the opening round with an offensive explosion. Twenty-one first-quarter points set the stage for the win, and Jobe Bryant had as many in the frame (eight) as the entire Perryville squad. They drained 27 more in the second quarter and took a commanding 48-22 lead into the half.

After the break, Central kept the burners on high and put up 23 and 14 points, respectively, in the final two quarters. When the dust settled they had themselves a convincing 85-45 win and a trip to the quarterfinals. Bryant paced the scoring with 17 points, but the offense was evenly distributed with Zack Boyd (16), Collin McMullen (15), Caden Casey (13) and Kendall Horton (10) all reaching double figures.

Next up was North County, and Central was not kind to the Raiders. Fifteen in the first, followed by 20 in the second gave the Rebels a 35-16 lead at the half, and they weren’t even close to done. Central erupted for 28 in the third quarter before icing the game with an additional 16 in the fourth for the 79-38 rout.

Bryant went off in this one with 35 points to lead all scorers. He hit 16 buckets and was a perfect 3-of-3 from the line. Casey was the only other player in double figures with 16, and he hit one of only two total three-pointers in the game. The Rebels made their living in the paint in this one, and it worked, ushering them to the Semifinals.

That win would pit them against a very tough Steelville team for a trip to the championship game. It was a defensive struggle early on, but the Rebels held the edge 10-6 after one. The offense heated up in the second though, as they poured in 22 and took a 32-22 lead into the break.

Central took over in the second half, scoring 19 in the third and 15 in the fourth. They held the Cardinals to 19 second half points and locked in a 66-41 victory. Casey hit a pair of big threes and led the team in scoring with 22 points. Bryant had 15 and Triston Stewart and Boyd each had 10 to round out the top scorers.

That set up the Championship finale against a powerful 8-2 Hillsboro team, and the Rebels would lean on their big guns to gut this one out. A wild first quarter, highlighted by eight points and a pair of threes from Casey, had Central up early with a 24-14 lead. Then Bryant took over in the second with 11 of the team’s 22 points to go up 46-31 at the half.

The defense held strong in the third and the Rebels were able to slightly increase their lead with a 15-12 frame. That set up the fourth. The final quarter for all the marbles. The Hawks battled back and outscored Central in the quarter, something no other team was able to do in any frame of the tournament, but it wouldn’t be enough. The 18 Hillsboro points still had them 11 shy of what they needed and the Rebels slammed the door with a 72-61 championship victory.

Bryant led the way with 28 points and was the leading scorer in the tournament. Casey had 15 after his monster first quarter, and Stewart put up a 10-spot as the only other player in double figures.

The Christmas run increased their record to 10-1 on the season, and marked their tenth consecutive W. It was a heck of a way to celebrate the holidays and the Rebels will ring in the new year with some well-earned hardware.

Things get going again on January 3rd as Central will take on Saxony Lutheran, and look to keep their streak alive.