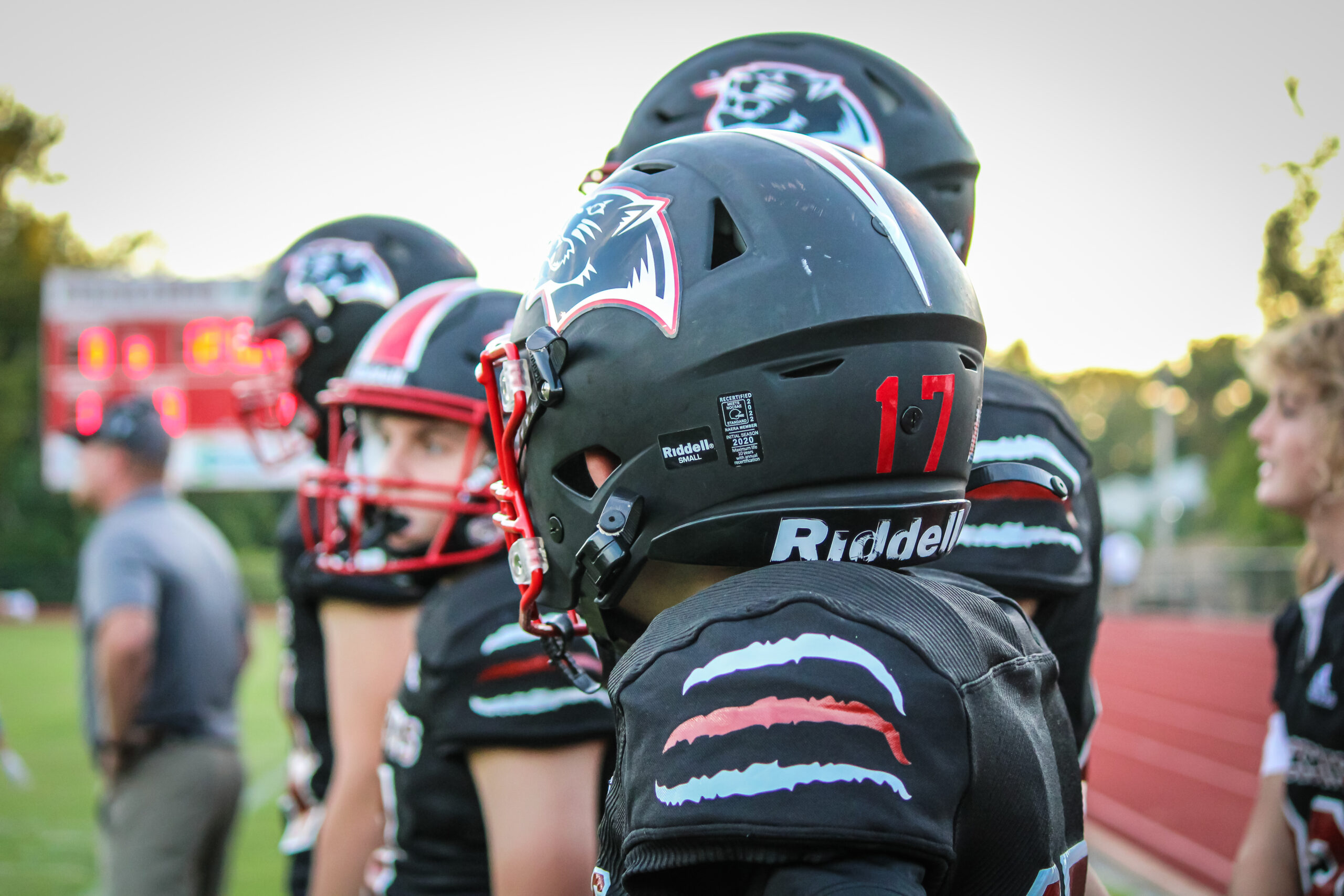 The Herculaneum Blackcats fall in the District Semis, but have their best season since 2014 with a truly laudable cmapaign.

The Herculaneum Blackcats fell in the District Semifinals on Saturday, but the season overall was a grand success. This was the first winning campaign since 2014, so it’s fair to say that Head Coach Blane Boss has pushed the right buttons in 2022, and gotten the most out of his guys.

The game on Saturday was a hard-fought battle, but the third-seeded Blackcats from Herky came up just short of a shot at the District Title. The U-City Lions had home field advantage as the number two seed and used a second half comeback to end a remarkable season for Herculaneum and their fans.

The Cats had an encouraging 14-6 lead after a half of football, thanks to a four-yard Mike Moloney rushing TD and a 10-yard hookup from Jackson Dearing and Dylan Jarvis, but the wheels came off in the final two quarters. Eight and six points allowed in the ensuing frames, ended the game and the title hopes for this upstart Herky bunch.

Not having potential All-State threat Lucas Bahr the last two games certainly didn’t help the Blackcats, but they still made a game of it and capped off a truly admirable season. Coach Boss commented on the effort, saying, “Overall I thought the defense did enough and our offense made some plays, but unfortunately just not enough to get the win. Our kids battled and gave their all, so it was a tough one to lose.”

Despite that loss, the Herky faithful have much to celebrate this year. They finished the season 6-5, and had keys wins over Windsor, Fredericktown, Jefferson R7, Grandview and Bayless. They scored more points than they allowed and the team showed real moxie through the ups and downs of the season. The team effort was incalculable, but the individual efforts did manage to stand out.

Dearing was a warrior inside the pocket all season and managed to throw for almost 1,900 yards and 19 touchdowns, while rushing for 235 and three more scores. His favorite weapon was Bahr, who had 458 yards and four TDs on the ground to compliment his 974 yards and 12 scores through the air. He was a force to be reckoned with in all capacities, and was sorely missed in the postseason.

Moloney picked up the slack though and was a wrecking ball toting the rock all season long. He had 165 carries for 806 yards and 11 touchdowns, all while leading the team in tackles with a whopping 112. He also had three sacks, two fumble recoveries and a pick to pad his resume.

Those three stood out statistically in 2022, but it was a collective effort, and all of the Blackcats had a memorable season. There is no way these three could have shined without the hard work of the team and the coaching staff.

Coach Boss looked back on the season, all the hard work and the thought of his Seniors moving on.

“Our Seniors will be hard to replace and we will miss them greatly. The coaching staff can’t thank them enough for their hard work and dedication to the team this year and they definitely set the example for our underclassmen.”

Any season that ends in a loss is somewhat of a disappointment, but only one team in each class/district/state gets to “not be disappointed” each year. So the Herculaneum Blackcats have absolutely nothing to hang their heads about in 2022. It was a banner year for the program and they did their fans and us here at Ameritime Sports very proud.

Well done Herky. Let’s get back at it next fall.