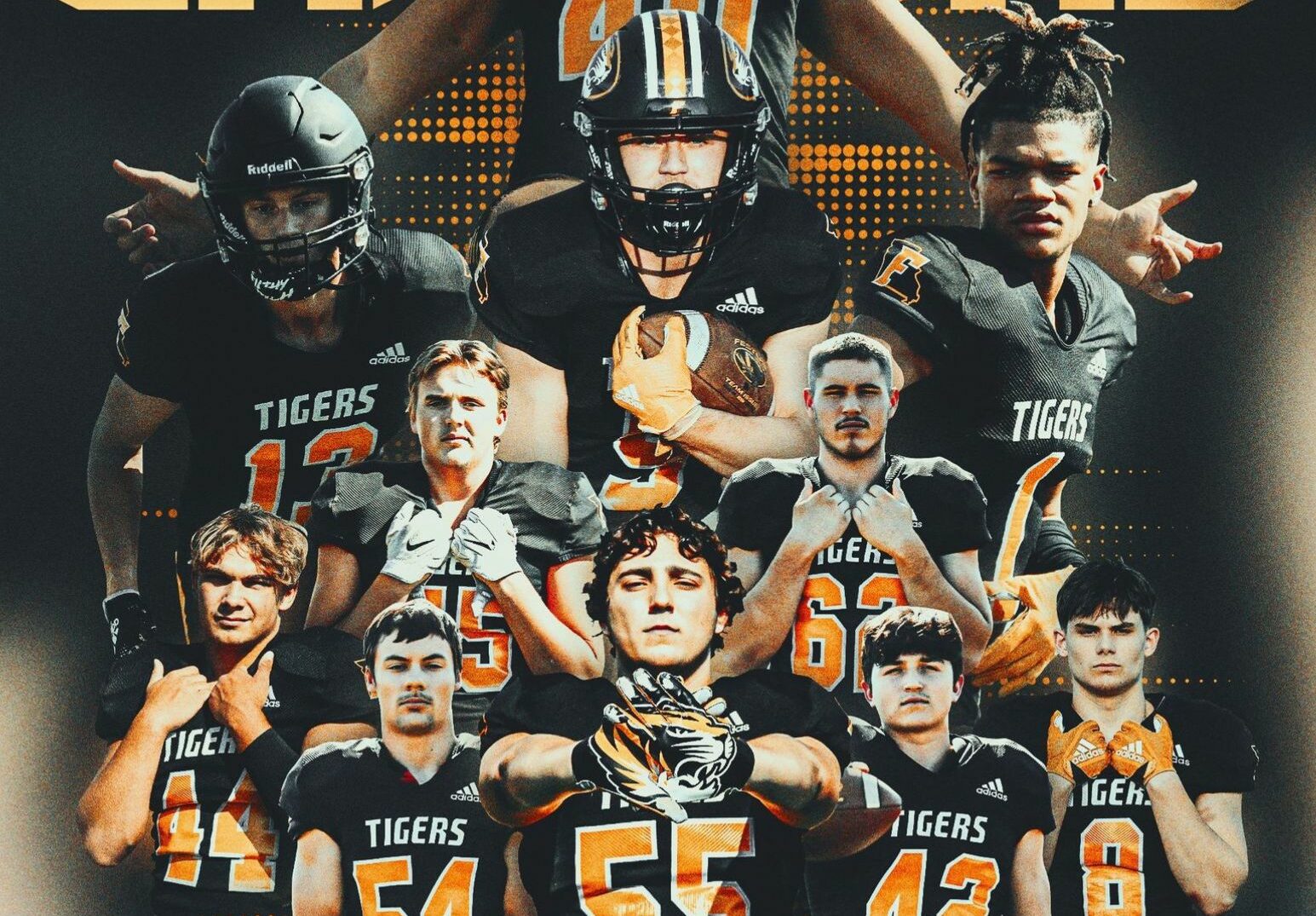 The Festus Tigers blow past the Sikeston Bulldogs to earn a trip to North County in the District Semifinals.

The Festus Tigers got off the schneid on Friday with a hell of a defensive performance that created amazing field position all night in an incredible first-round victory in the District Playoffs against the Sikeston Bulldogs. Not to be outdone, the offense put up 61 points, including a 48-6 advantage at half time, en route to a 61-14 win that pushed the Tigers into the Semifinals.

The game actually went the Bulldogs’ way at the start with a 21-yard passing TD, but Festus was ready and willing to respond… and then some. The Tigers first found the endzone with a 41-yard QB keeper from Jeremiah Cunningham, and after he hit Arhmad Branch for the two-point conversion the Tigers had an 8-6 lead. One they would never relinquish.

On the next offensive possession, Landen Bradshaw, fresh off of the injured list, punched one in from five yards out. The two-point try was converted by Co-QB Essien Smith and the Tigers doubled their point total. Then Cunningham hooked up with Branch for a massive 61-yard TD, before Smith got back involved with a 38-yard touchdown run of his own. Both two-point tries were successful and Festus was up a ridiculous 32-6 after 12 minutes.

The second quarter opened with a Festus safety that set the stage for another Cunningham rushing TD, this time from 16 yards out. Then after a stop, Branch received a punt and took it to the house from 77 yards out to make the score 48-6. That closed out the scoring for the first half and rang the bell for Head Coach AJ Ofodile to send in the reserves.

The second half was more of the same if your a Festus fan, as Leuntae Williams and Jackson Smith each had identical 15-yard runs for touchdowns to put the unreachable-ness of the game into another stratosphere. The kids came through, and the defense held strong, despite a late touchdown by the Bulldogs in the final quarter. The game ended at 61-14 and the Tigers got to move on to the next round.

Cunningham was responsible for 167 total yards in this one. Eighty-four through the air with one TD and 83 on the ground with two TDs, as he paced both the arial and ground games. Branch was the most effective through the air with 68 yards and a TD on three grabs and also had the massive punt return for a touchdown. Smith (77),  Williams (75) and Bradshaw (60) each had a TD in their fine rushing performances.

This win was a big one, but likely one that was assured pre-snap. The tests will get tougher as the road grows longer, and the Tigers with have to face a dreaded North County squad. The Raiders own the number two seed and will hold home field advantage for the next round. For reference, Festus faced them in Week 6 and lost 30-20, so there is going to be a dogfight in this one.

Kickoff for round two of the District playoffs is in North County at 7pm on Friday, November 4th.