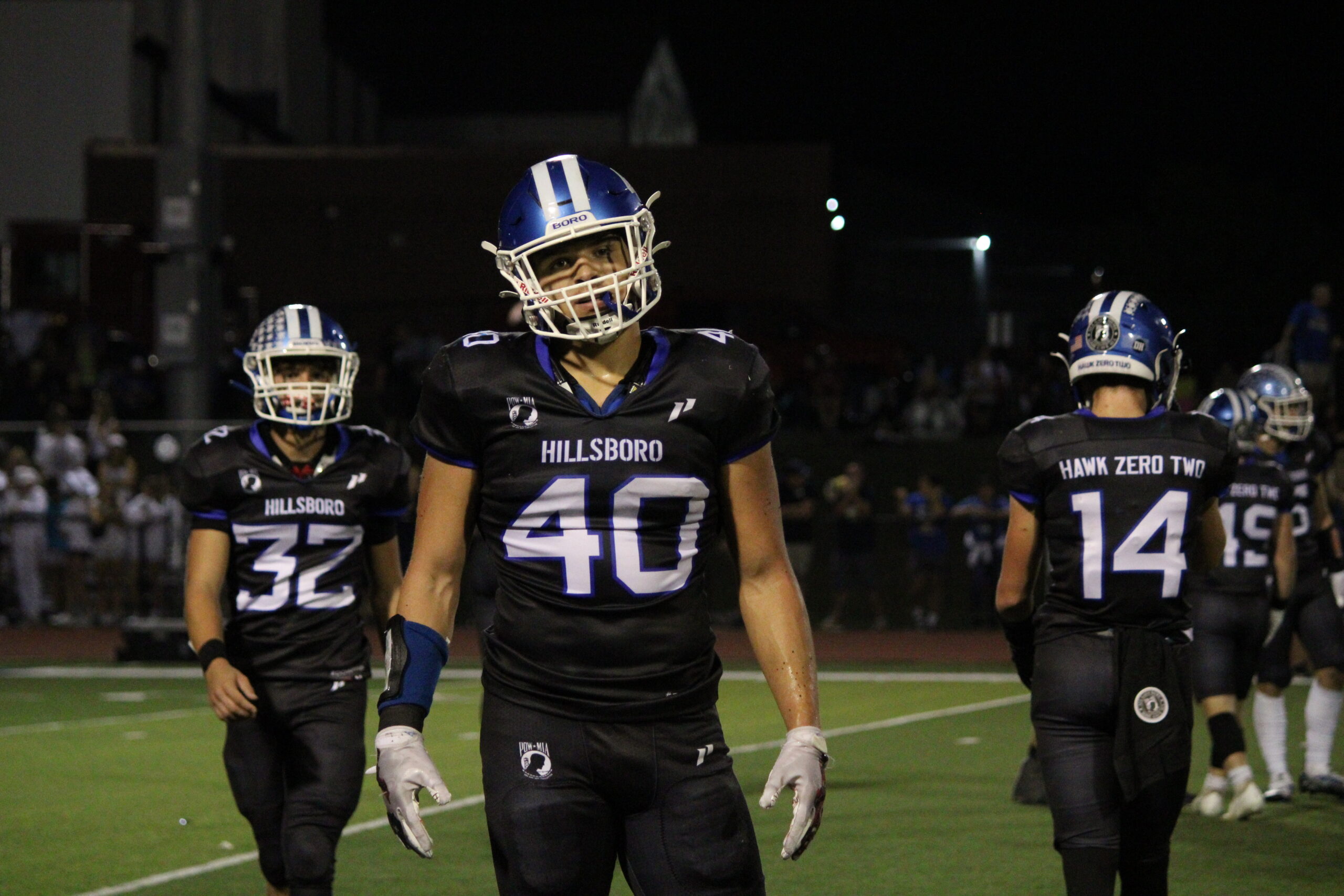 The Hillsboro Hawks look to remain perfect this season as they travel to take on an unpredictable 3-2 Windsor Owls squad.

With the High School Football regular season halfway over, the cream appears to have risen to the top, and the Hillsboro Hawks are soaring. As the only perfect record remaining in Class 4 District 1, Hillsboro is primed to grab the number one seed come MO State tournament time.

Coming off their fifth consecutive win, a 58-21 destruction of rival Festus, Hillsboro has put up some impressive scoring statistics. The Hawks have racked up 234 points so far, while allowing just 65. In fact, across the five-game streak, the Hawks’ smallest margin of victory has been 21 points.

This season, once again, Hillsboro has relied almost exclusively on their epically destructive running game. On the ground last week against Festus, the Hawks racked up 481 yards highlighted by Preston Brown and Austin Romaine who were responsible for 165 and 161 yards, respectively. In all, the Hawks scored eight touchdowns on the night for 58 points.

It’s been a stellar start for Hillsboro who is without a doubt eyeing up a MO State Championship, but they need to keep the wins rolling, and this week could pose quite a challenge. Windsor (Imperial) will host the Hawks in Week 6, and while they have a less than perfect record, the 3-2 Owls can’t be overlooked. They are riding a two-game winning streak, beating DuBourg 41-6, and then last week dusting DeSoto 27-6. Regardless, the Hawks and Owls have both faced Festus, and Windsor did not do nearly as well, getting humbled by the Tigers 36-12.

With all of that in mind, the betting odds would have to favor Hillsboro, possibly by a substantial margin. Nonetheless, the home-field advantage goes to Windsor who has now seen the damage that can be done by the Hawks, and will certainly be prepared to face whatever offensive set is placed in front of them. Hillsboro, however, has yet to be challenged or put in any danger this season, so it will be interesting to see what could happen if the Owls get on the board early.

The stage has been set. This Friday, September 30th, the Hawks will travel to Imperial to take on the Owls in a must-win for both teams. Hillsboro has their undefeated streak and the perfect season to protect, so they will be geared up and ready to go. On the other side of the gridiron, Windsor has nothing to lose and will be willing to empty the playbook to find an advantage. This will without a doubt be one not to miss.