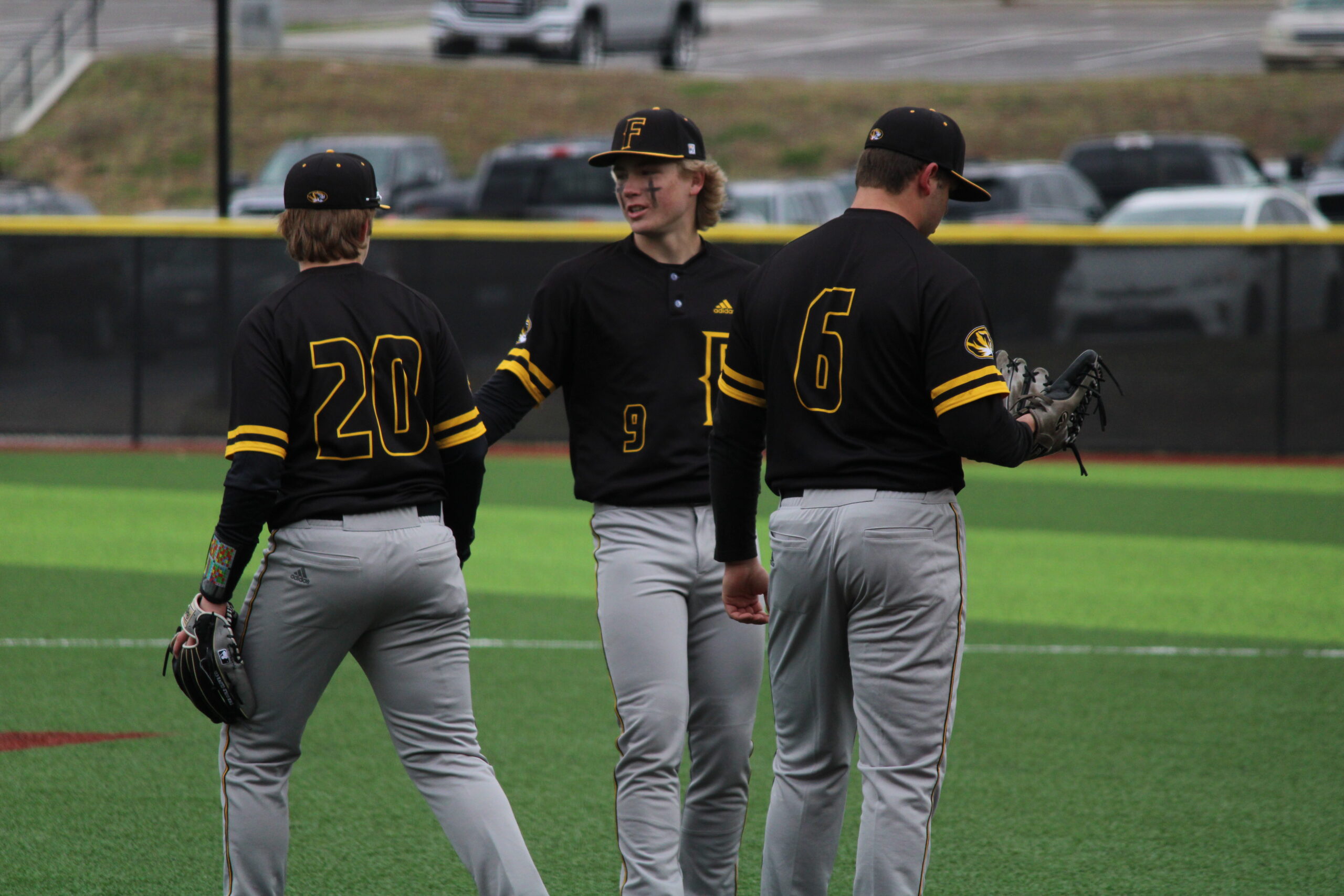 The Festus Tigers Boys Varsity Baseball team splits their two games this week with a win over Central and loss to Lutheran South.

The Festus Tigers are sitting comfortably at 6-3 this season after a pair of early games this week against Park Hills Central and Lutheran South. The Boys Varsity team had a blowout 14-6 win over the Rebels on Monday for their fourth straight victory, but got doubled up by Lutheran South, 6-3, on Tuesday to halt the streak.

The opening game of the week against Central was an unconventional one to say the least, as the Tigers found themselves in an early hole. The Rebels scored two in the second, two in the third and one in the fourth to take a commanding 5-0 lead. It looked like doom and gloom for the Tigers for much of the afternoon, but they rebounded a bit in the sixth by scratching out a pair of runs on a passed ball and an RBI ground out.

That 5-2 lead going into the final inning looked promising for Park Hills, but the Tigers had other plans. Cue the ridiculous hurricane of offense, fueled by patience at the plate. Here you go…

The Tigers turned two hits and 11 walks into a 12-run waterfall of offense and took down the victory 14-6. Little League Coaches will tell you a walk is as good as a hit. That isn’t true, but it certainly wasn’t an uninspiring philosophy in this regard.

Jackson Gross was the lone Tiger to collect multiple hits, as he went 2-for-3, but he was joined by Ian Brown, Nate Moore and Mason Schirmer in terms of crooked number production. The latter three drove in two runs apiece and the patient Tigers collectively amassed an astounding 16 walks on the day.

Brayden Montgomery got the start in this one and allowed four runs (two earned) in two innings on the mound. He was spelled by Trent Ellis and Cole Skaggs, who went two and three innings, respectively, to close out the victory. Each reliever allowed one run and struck out two.

Next up the Tigers looked to extend their winning streak, but ran into a buzzsaw when they hosted Lutheran South. Festus found themselves in a quick 3-0 hole after the first couple innings, but scratched out a run in the third and fourth innings to cut the lead to 3-2. Unfortunately, Lutheran South added two more in the sixth and one in the seventh, while the Tigers could only muster an additional solo tally in the sixth.

Schirmer was a standout offensively with his 2-for-3 performance that included a run and an RBI, while Gross was credited with the other run driven in for the day. Connor McDonald scored a pair of runs, drew a walk and notched Festus’ only extra-base hit with a double in his two official ABs.

On the bump, Brown had a sharp outing that consisted of six innings and eight strikeouts. He allowed three runs on seven hits, but only walked one batter. Schirmer came on in relief and surrendered three runs over his two innings, but just one was earned and he managed a pair of Ks against zero BBs.

The Tigers will get a much needed break after rattling off seven games over their last six days. Wednesday’s contest against Northwest was rained out, so they will get to practice, study film and strategize until their next contest on Monday, April 4th.