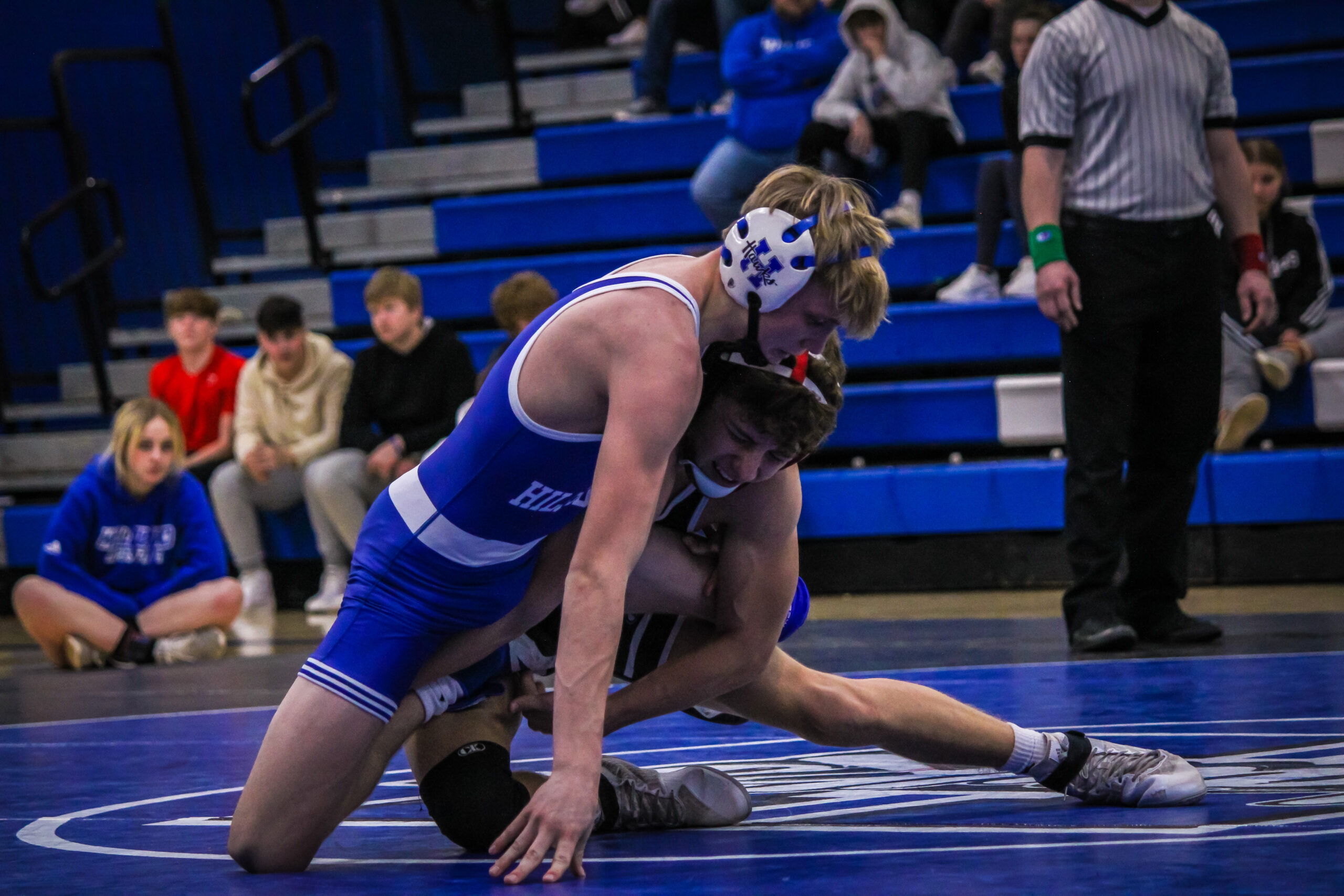 After a successful wrestling season, the Hawks have their eyes set on the top prize, the MO State Team Championship.

With the 2021-2022 wrestling regular season winding down, the Hillsboro Varsity Team is gearing up to make a run at the MO State Championship. The Hawks are ranked number two in the state in MO Class 3, as they finished their season with an incredible 21-2 dual meet record. In fact, their only losses came to the number one ranked team in Kentucky, Union County, and the number three ranked team in Class 3 in Missouri, Neosho.

Recently, the Hawks have been dominating, taking third in the SEMO Conference Tournament, with seven finalists and six champions. Not only that, in the last big event of the year, the squad took second at the prestigious Kyle Thrasher Tournament at Francis Howell, which hosted 37 teams, consisting mostly of Class 4 Large schools.

These amazing team results have been highlighted by many standout individual performances, including one by Freshman Jackson Tucker. Now holding a 36-3 record, Tucker won both the SEMO and Thrasher Tournaments, and his only losses have come from athletes out of state when the team attended the Cheesehead Tournament in Wisconsin.

Jackson’s season has been nothing short of remarkable. According to Hillsboro Head Coach Matt Mitchell, “Jackson continues to work hard and lead by example for our team. Even as a Freshman, he is setting the pace in the room for a lot of our guys. He is always pushing himself to get better. It’s fun to watch him compete.” No doubt, there will be many eyes on this athlete in a few weeks.

Another standout on the season has been Junior Evan Morris at 152 lbs. In fact, Morris finished the regular season with an outstanding record of 31-9. On January 28th, he achieved his 100th win of his high school career. In addition to that, Morris took first place at the SEMO Tournament and was also voted the “Outstanding Wrestler” by the opposing coaches in that tournament. To finish off the month, he took second place at the Thrasher Tournament, and is currently ranked second at his weight class.

Morris’s dedication is paying dividends. Said Coach Mitchell of his wrestler, “Morris is cashing in on a lot of hard work from this past offseason, and I’m excited to watch him compete this postseason.” Certainly, so is every other wrestler, not including his opponents.

With the District Tournament just around the corner, the Hawks are preparing to make a run at the MO State Team Championship. According to Mitchell, “Right now it’s about staying healthy and being in the right mindset for postseason wrestling. We have a lot of State wrestling experience on this team, and our schedule this year has battle tested them as a group. They are undoubtedly ready for the challenge ahead.”

This year, Hillsboro will compete in the District 1 Tournament of Class 3, which will take place in only a few weeks. The Hawks have already secured their Conference Championship, and will now look to achieve what all wrestlers dream of, standing atop the podium at the State Tournament. Good Luck, Hillsboro!