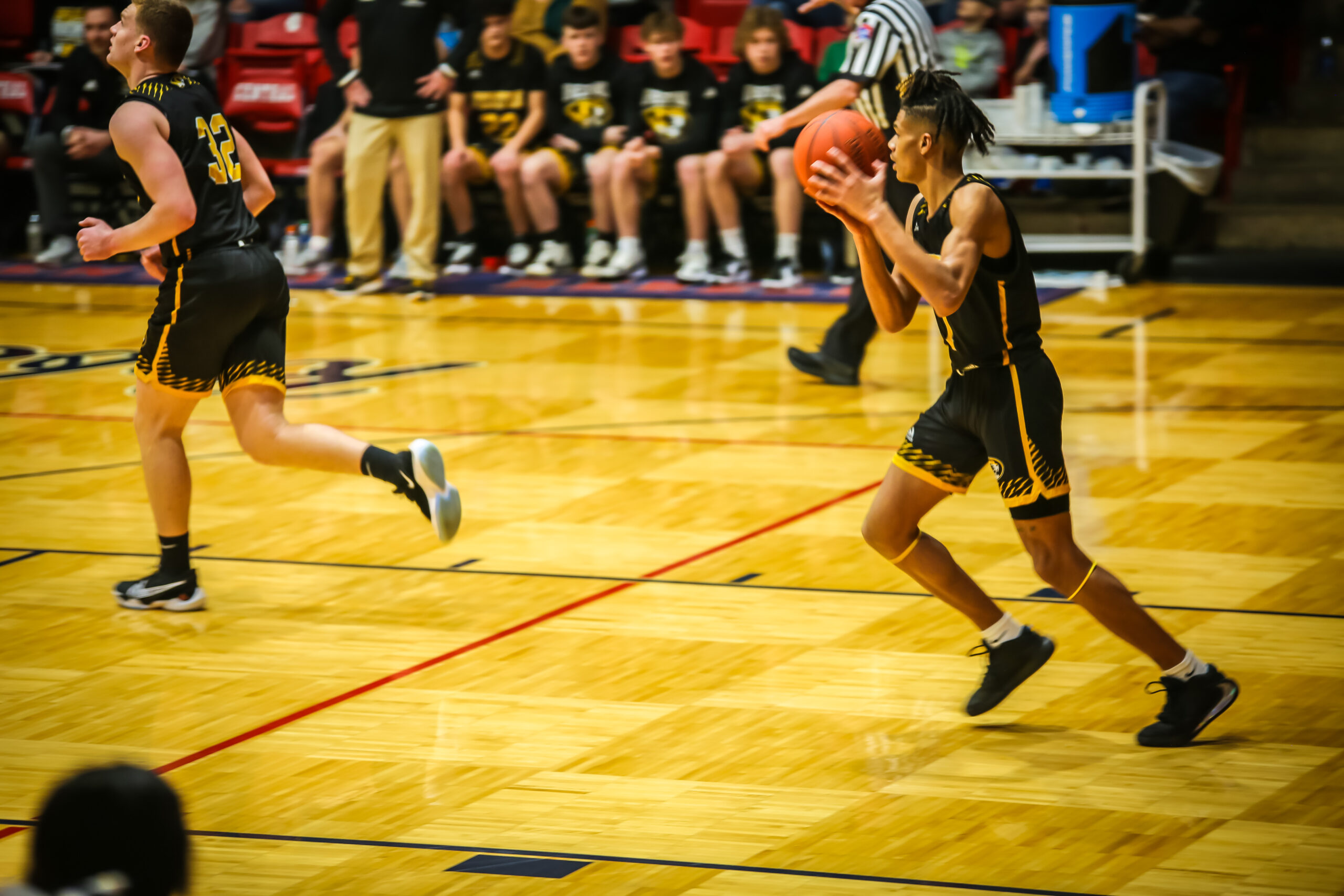 The Festus Tigers Boys Varsity Basketball team followed up their second place finish in the Annual Park Hills Christmas tournament with a blowout win over the DeSoto Dragons on Tuesday. The 85-39 dominant performance bumped their record to 9-3 on the season and has them flying high.

The 2-11 Dragons were no match for the Tigers, and that was evident early as Festus put up 25 in the first quarter. The offense was cruising from the jump and the defense was stingy and efficient, showcased by the 25-9 advantage after the first eight minutes.

The second quarter didn’t look much different as the Tigers dropped another 25 on the Dragons and only allowed 15. Some simple math produced a pretty staggering advantage in the form of a 50-24 halftime lead for the Tigers, and they didn’t show any signs of slowing down.

If there was a pep talk during the break, it was likely something in the neighborhood of “keep doing what you’re doing” because the Tigers came out in the third quarter and rained down 27 more on a hapless DeSoto team. The Dragons managed 13, but for all intents and purposes this one was in the books already with the score at 77-37 with just eight minutes remaining.

The final quarter was expectantly uneventful as the Tigers worked the free-throw line and the defense kept the pressure on DeSoto at a high level. The frame ended with an 8-2 Tiger advantage and the blowout 85-39 victory was complete. The defense was spectacular and Festus took advantage of the undisciplined Dragons, showing up huge at the line with a 21-for-28 performance. They also spread the offense around, creating nine different scorers and confusion for the Dragon defense.

Eric Ruess led the team in scoring with 18 points and also chipped in with five rebounds, three assists and a pair of steals. Right behind him was Arhmad Branch with 17 points, six assists and a team-high four steals. Cole Rickermann (11) and Damarion Anderson (10) rounded out the double-digit scorers, while Hayden Bates owned the boards with a team-leading seven rebounds.

The Tigers are on cruise control at the moment, but they’ve had a long layoff with Friday’s game against Seckman getting canceled due to COVID 19 issues. They’ll want to try and stay sharp in practice until Monday 1/10 when they take on St. Clair at home. Tip off is at 7pm.