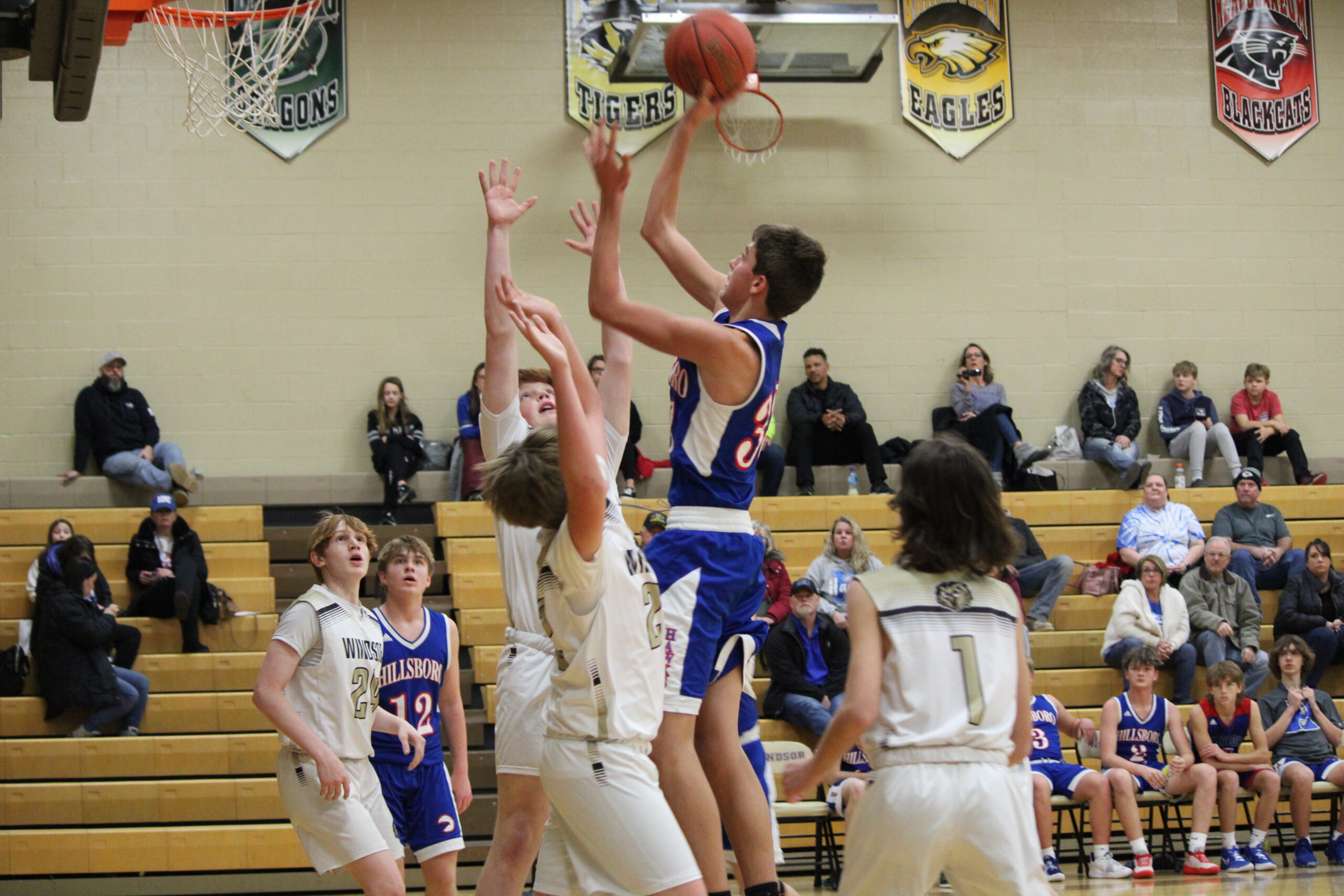 The Hillsboro Hawks Boys Varsity Basketball team takes down Northwest Cedar Hill and Windsor to improve to 9-4 on the season.

The Hillsboro Hawks Boys Varsity Basketball team kept the train rolling this week as they topped Northwest Cedar Hill and Windsor to extend their winning streak to four games. The Hawks improved their record to 9-4 and are off to a promising start coming out of the Holiday break.

Their first test came at home as they hosted the Lions of Cedar Hill, and the game couldn’t have started off more favorably. The Hawks drained 13 points in the first quarter, but the big story was their defense, as they allowed the Lions a mere two points. That trend would continue in the second where they put up another 13-point showing while holding Cedar Hill to just seven. To say the 26-9 halftime lead was a comfortable one would be an understatement.

The Lions came out of the break with some confidence and a new game plan though, as they chipped away at their sizable deficit with a mirror image of the second quarter. The 13-7 showing made the score 31-22 going into the final eight minutes, and meant the Hawks would have to apply some pressure, especially defensively. They did just that as they held the Lions to nine points while putting up 10 of their own, en route to the 43-31 victory.

Noah Holland led the way for Hillsboro in scoring with 13 points, but right behind him was Kyle Phipps who had 12 of his own. Luka Pool was notable as well with 11 points, and shared the team lead in rebounds with five.

Next the Hawks traveled to Imperial to take on the Windsor Owls, and although their test was tougher, they still had a strong showing, collecting the 59-50 victory. The game didn’t start out the way Hillsboro drew it up though, as the Owls jumped out to a 13-7 first-quarter lead.

The Hawks battled back in the second and put up 17 points, but still failed to contain Windsor. The Owls managed 17 of their own and went into the break with a 30-24 lead. Hillsboro would need to make some halftime adjustments if they were going to climb back into the game.

Thankfully, that’s precisely what they did with a 20-point explosion in the third quarter, which came with some solid defense that held the Owls to just 10. That winning formula continued into the final frame and the Hawks worked the free-throw line to keep the game in their favor in the waining minutes. They won the quarter 15-10 and the game 59-50 to stretch their winning streak to four in a row.

Phipps was huge in this one as he dropped a 20-burger on the Owls and was brilliant at the line when it mattered most, hitting 8-of-10. Pool was the big outside shooter in this one with 18 points (12 of them coming form downtown), and Payton Brown was strong on both sides of the ball with eight points and as many rebounds.

This week had to feel great for the Hawks, who carried over some success in the Christmas Tournament. They seem to be playing a complete game on the court and things appear to be clicking. Winning streaks tend to have that kind of effect.

Their next challenge will be Wednesday 1/12 as they travel to Leadwood to take on West County. Tip off is at 7pm.