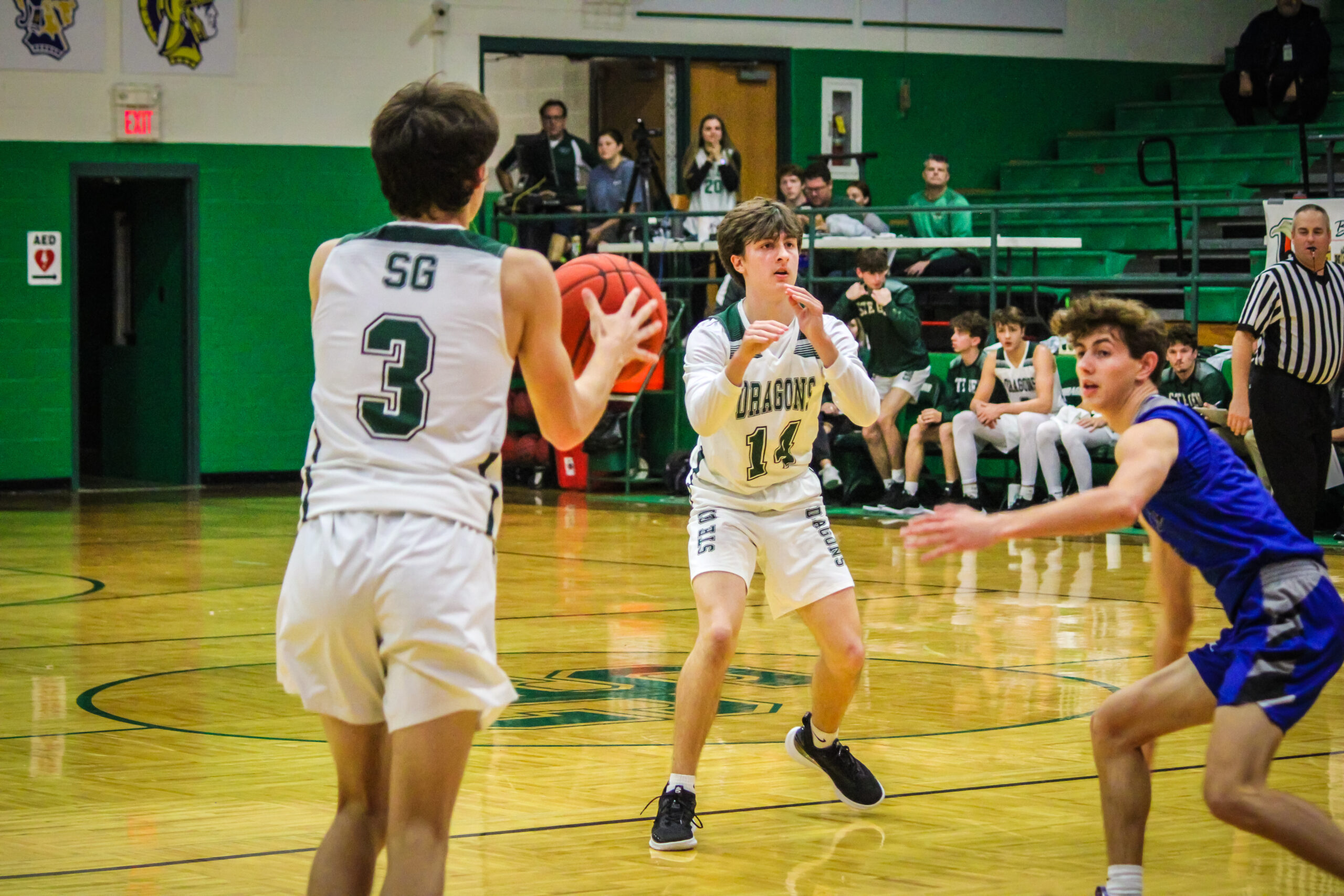 The Ste. Genevieve Dragons Boys Varsity Basketball team downs the Kingston Cougars for their fourth win in a row and heads into the Christmas Tournament with the hot hand.

The Ste. Genevieve Dragons Boys Varsity Basketball team decimated the Kingston Cougars on Tuesday, 56-37, in their final tuneup before the annual Park Hills Christmas Tournament. The win was their fourth in a row and has them rolling heading into the tourney.

The first quarter was pretty tight, as the Dragons held a slim 11-7 advantage (highlighted by a pair of threes from Ricky Hunter), but the momentum was building. They put up another 11 in the second, and did so without Hunter, who had to sit because of foul trouble, but they held the Cougars to just eight and built a 22-15 leading heading into the half.

The third quarter would be where the Dragons really started to pull away. Aiden Boyer hit a big three and the Dragons were generating droves of points off of turnovers. They allowed 12 to Kingston, but put up 16 of their own and were firmly in command with a 38-27 advantage.

There would be no letting up in the fourth quarter, as Ste. Gen exploded for 18 points. Hunter made three field goals and Thomas O’Brien had a pair of buckets to lead the charge as the Dragons held Kingston to just 10 and closed out the 56-37 victory.

Head Coach Rob Coleman commented on the effort by saying, “Again our defense was very good throughout the entire game. We out-rebounded them and held their best players to single digits. I thought we did a great job on their big inside. He is very good, and our post players worked hard to keep him from touching it.”

He followed up with, “Offensively, we struggled early, only having 22 points at the half, but I was proud of our guys and how they kept going at them. We were aggressive on defense and that led to some easy offense. We had 23 points off turnovers.”

Hunter once again led the charge with 20 points, had four rebounds, an assist and was 6-of-8 from the charity stripe. O’Brien and Wesley Basler each had eight points to help pace the scoring, and Boyer was the big man on the boards with a team-leading 11 rebounds.

The Dragons are clicking at the perfect time and will carry their impressive four-game win streak into the Christmas Tournament next week.