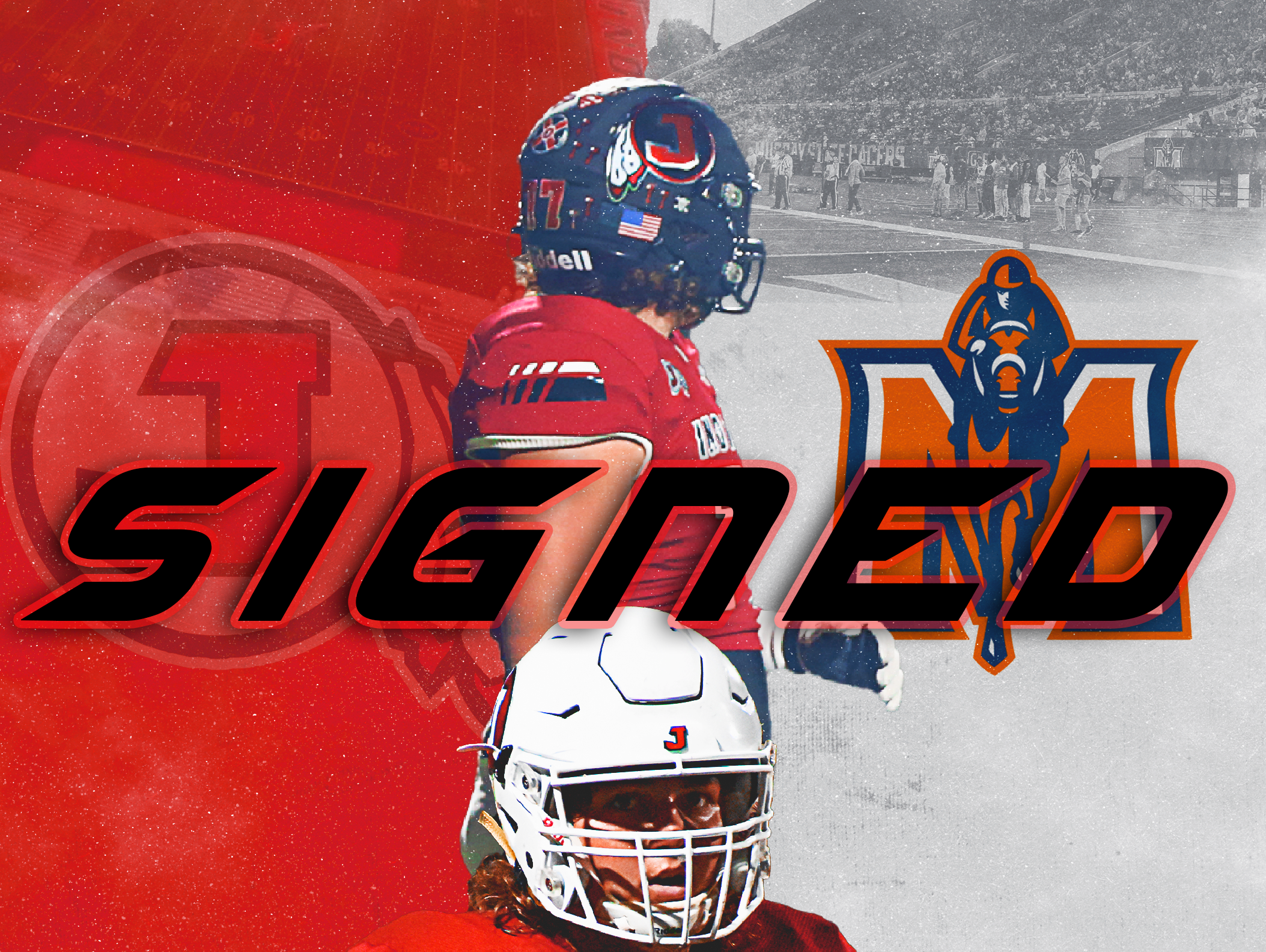 Ashton Flinn signs with Murray State on National Letter of Intent Day to play Left Tackle for the Division One Racers.

When a player with intense compassion, work-ethic, strength and intelligence puts it all together on the football field it is a sight to behold. Even more spectacular is when these traits, honed over time, turn that player into a sought-after commodity destined for the next highest level. That is certainly the case with Jackson’s Offensive Lineman Ashton Flinn.

On Wednesday, December 15th, National Letter of Intent Day, Flinn officially signed with Division One school Murray State to play Left Tackle, the most vital of positions in respect to protecting the Quarterback. It’s both an honor and a testament to the former Indian’s athletic prowess as well as his character as a person and a student.

The proud Murray State Racers of Kentucky are lucky to have snatched Flinn, who was highly recruited, but no one knows that better than his four-year Head Coach at Jackson, Brent Eckley. As a three-year starter, Flinn was 1st team all conference, district and region three times, was a two-time 1st Team All-State lineman and was 3rd Team All-State as a sophomore.

Coach Eckley commented on Flinn’s success and character, saying, “Ashton has been a joy to coach. He’s been very coachable, shows attention to detail and has worked hard for four years to get where he is. He is one of the strongest guys we’ve had come through our weight room and was a good leader for our football team. We will miss his ability, presence and personality.”

As for the man himself, Flinn spoke to his decision to choose Murray State and his elation in doing so, beaming, “I was very excited this signing day, it’s been a long time coming and I knew I’ve wanted to sign with Murray State for a long time. A big reason why I signed with Murray was the relationships I built almost instantly when getting to campus. All of the coaches are great people and great coaches. They’re invested in not only my player development but also developing me into the best man possible!”

It sounds like a perfect fit, and the future for Ashton seems very bright indeed. Congratulations to this talented young man and best of luck with all Murray State and the Racers have to offer.