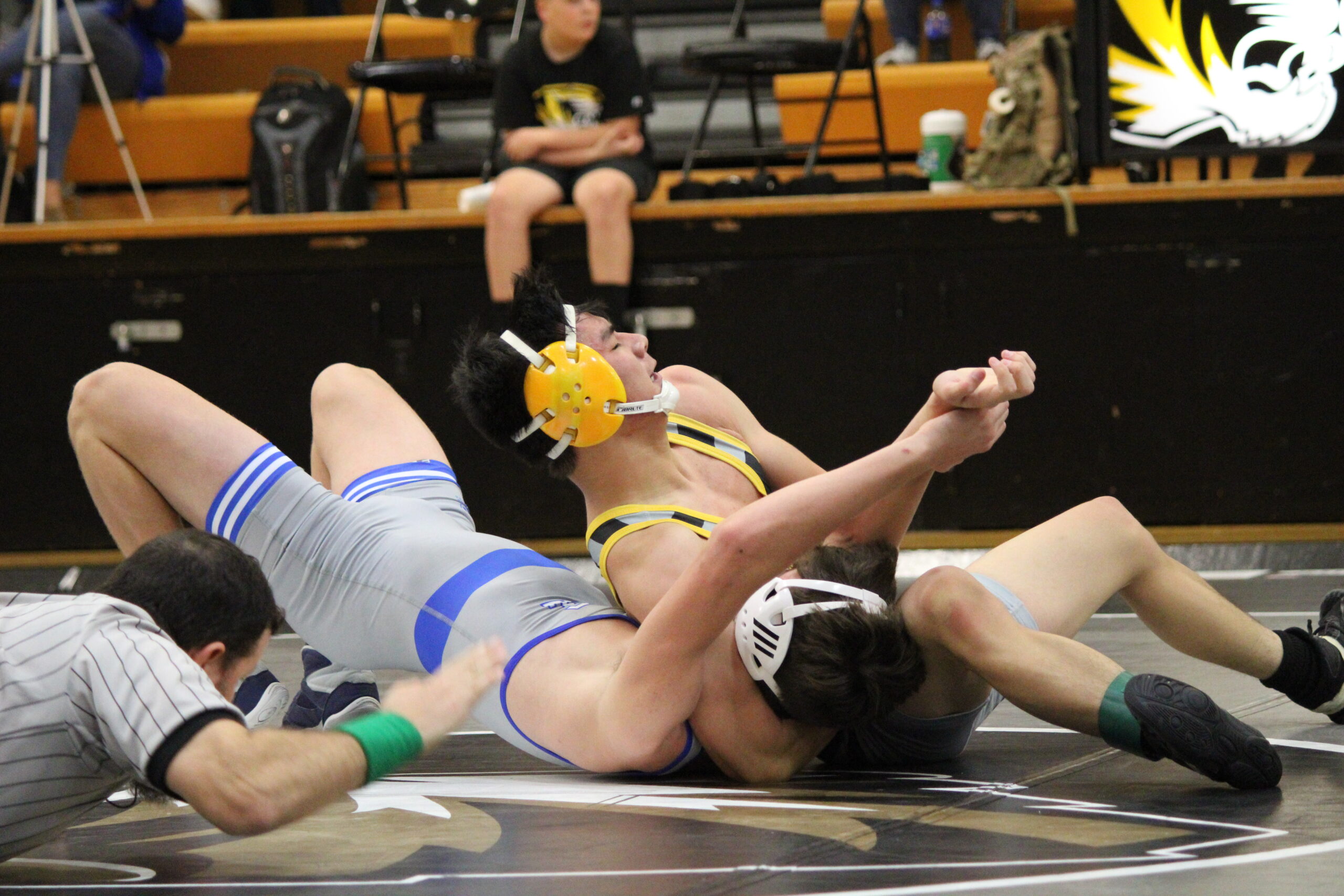 Wrestling Tigers Off to Strong Start Under Coach Sheppard

The Festus High School Wrestling Program is off and running. The season is still in its infancy, but under the tutelage of new Head Coach Jarad Sheppard, the Tiger teams are excelling.

It’s a new beginning under coach Sheppard, but the team has already made a lot of progress thus far. The Tigers have competed in two tri-meets, and have beaten both Hancock and Oakville on points, but lost to Herculaneum and Valle Catholic.

However, in high school wrestling, a winning dual record isn’t always the main criteria for judging a successful season. According to Sheppard, “Winning dual meets is not a priority for us this year because we are giving up six weight classes. Automatically giving the opposition a 36 point lead at the start of each meet doesn’t help our odds of winning duals very much. My goal is to win the majority of the matches actually wrestled, and so far this year we have excelled in doing exactly that.” 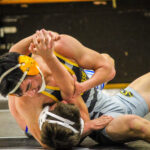 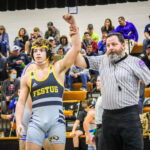 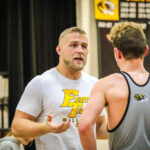 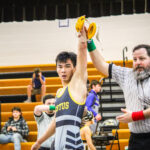 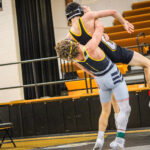 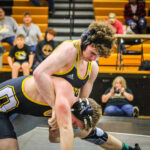 The two tournaments that the Tigers have competed in so far have gone exceedingly well. Both the Boys and Girls Varsity teams competed in the Affton Tournament on December 4th. Several of the athletes brought home individual medals.

Next up was the The Liberty-Wentzville Tournament on December 11th. Sheppard liked what he saw and mentioned, “This tournament was a great challenge for us. We had two boys place fifth, and our girls also wrestled well, bringing home two gold medals.” In the tournament, the 160 lb. Freshman wrestler Shaver took fifth, Buehre, at 145, also took fifth and Blake Sexton finished in sixth at 138. 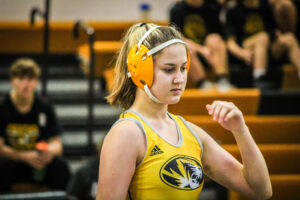 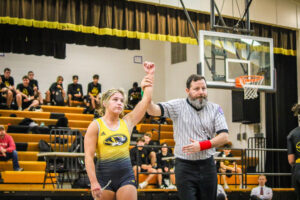 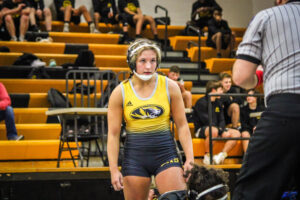 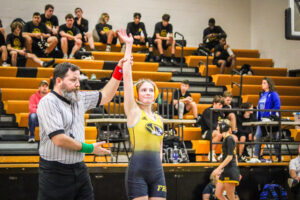 Coming up, both the Boys and Girls Tiger Wrestling Teams will be in Cape Girardeau this weekend, December 17th and 18th, competing at the Cape Central Tiger Classic under the watchful and supportive eye of Sheppard. Being a new coach can be both a difficult and rewarding experience, as the goal is always to win, but also to build the program.

So far so good for Festus, as these grapplers have responded well to their new leadership, and look to take the next step this weekend.

Wrestling Tigers Off to Strong Start Under Coach Sheppard