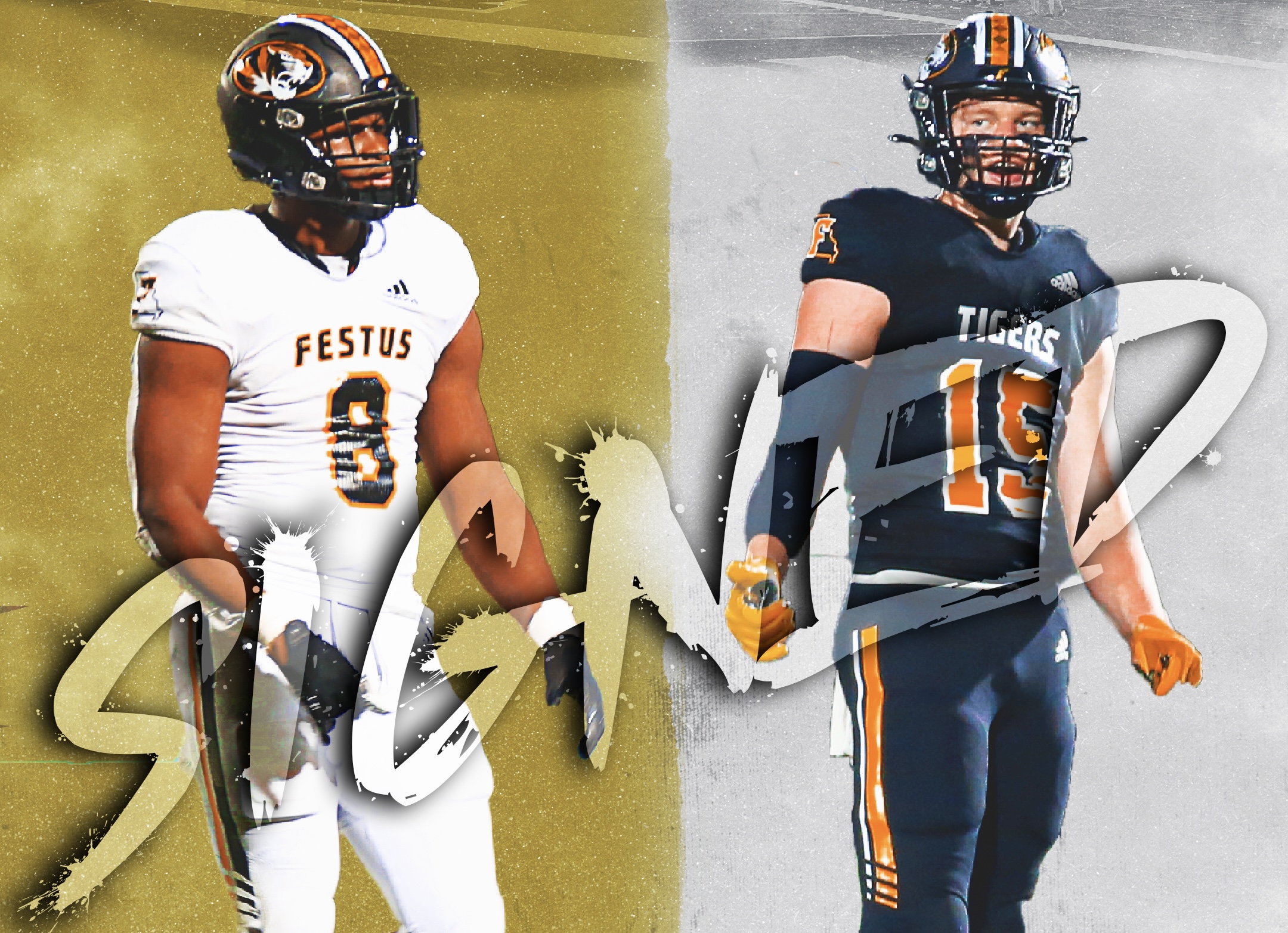 Despite a rollercoaster of a season for the Festus Tigers Varsity Football program, the school was beaming with pride on Wednesday, December 15th as two vital pieces of the organization signed with Division 1 schools on National Letter of Intent Day.

Bruising and versatile running back Kaian Roberts-Day and dual threat tight end/outside linebacker Eric Ruess signed their letters of intent to continue their success, and play football at the next highest level. Roberts-Day will head to Baylor next year, while Ruess is off to Murray State… and congratulations are certainly in order. 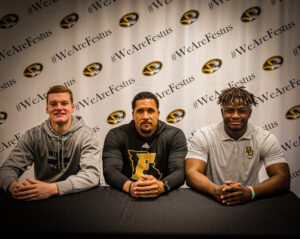 Tigers Head Coach AJ Ofodile knows these two young men extremely well and championed his burgeoning athletes with words that will likely deliver elation to the powers that be at their respective future universities.

When speaking of Roberts-Day, Coach Ofodile quipped, “Kaian is an elite athlete who provides positional versatility. He has the ability to play running back, TE or be an edge defender at the college level.”

That level of confidence from a coach (who has played at the highest level, headed up the recruiting department at Mizzou and knows what to look for in a recruit), coupled with Roberts-Day’s ability to make waves in multiple areas on the football field, likely has Baylor licking their chops with this addition. When asked about his thoughts on the signing, Roberts-Day responded with, “I was feeling a little overwhelmed, but happy and glad to see everyone’s face and finally know I’m going to the right school. I just know this is the right school for me.”

The new Baylor recruit followed up by paying homage to his late twin brother by saying, “I’m so happy that I can now live out both me and my brother’s dream college. I’m so excited to officially say I’m a Baylor Bear!” 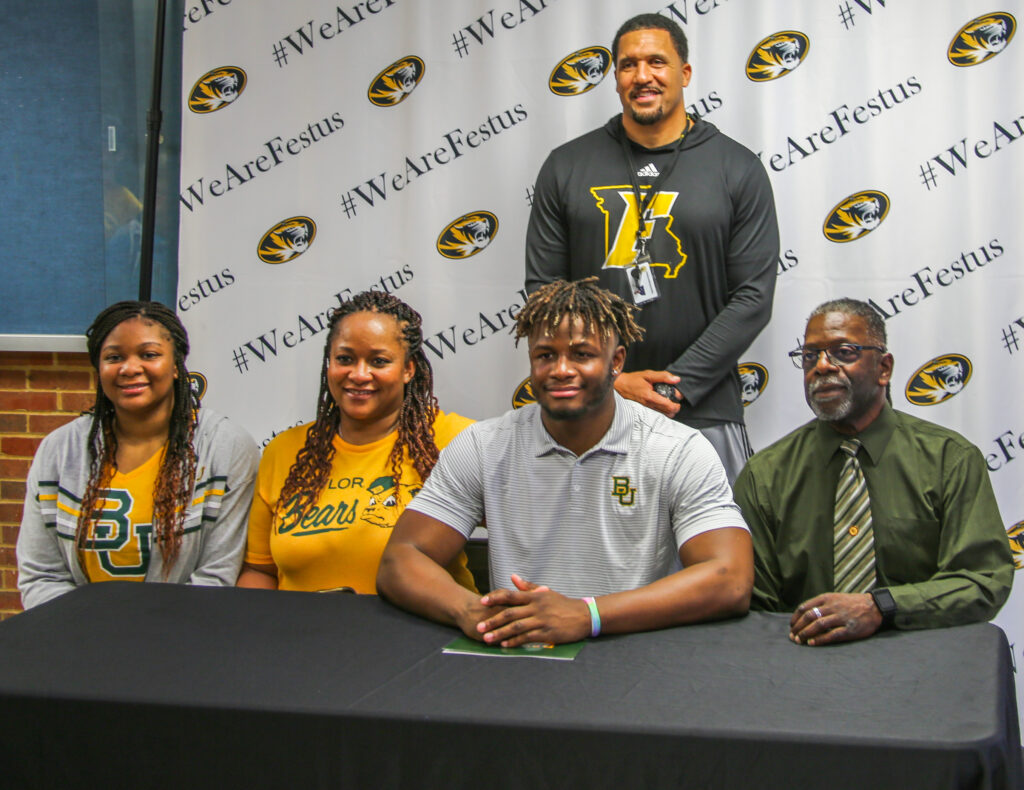 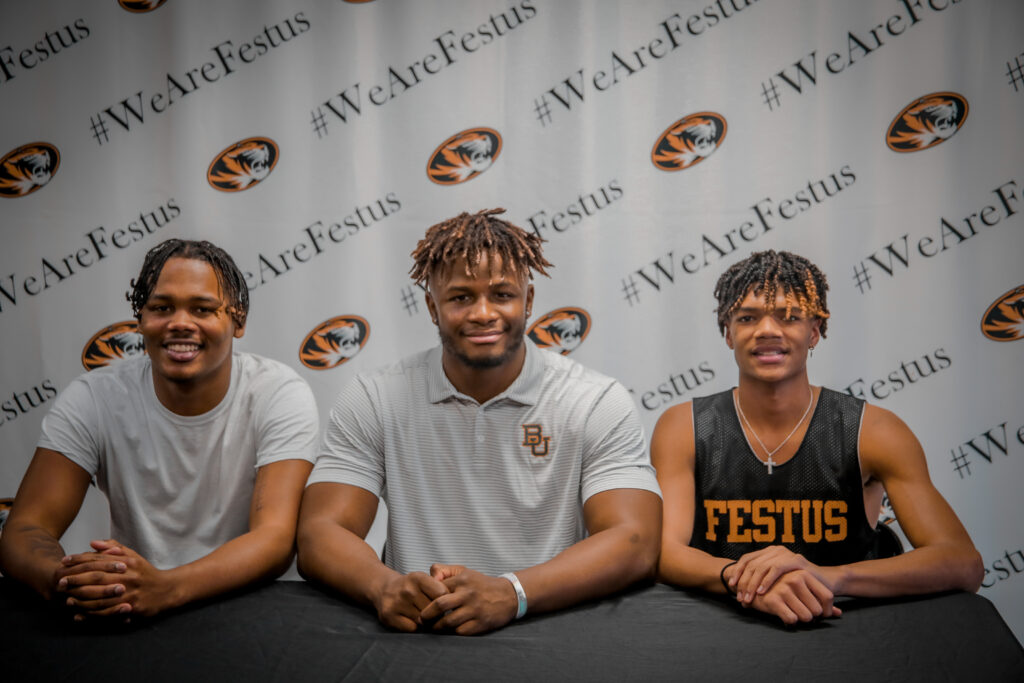 As for Ruess, Coach O had some choice words for him as well. “Eric is a smart, tough, athletic player who will be a prototypical edge defender with the ability to rush the passer and be physical at the point of attack in the run game.” Murray State should have no complaints about that. 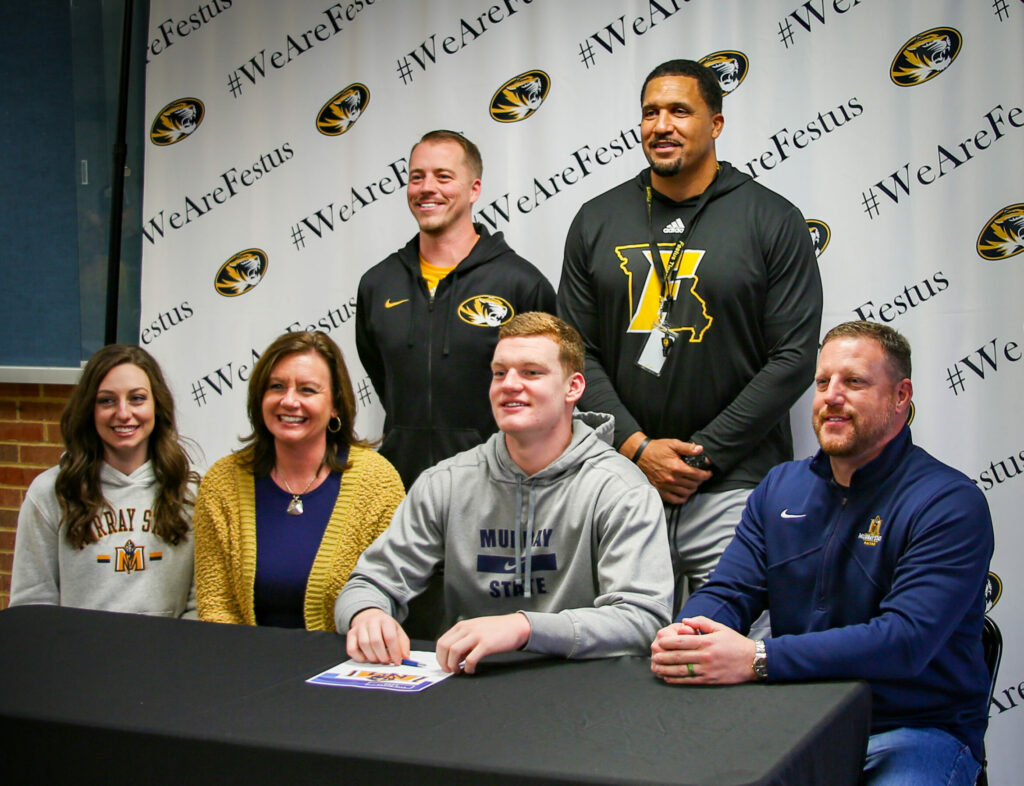 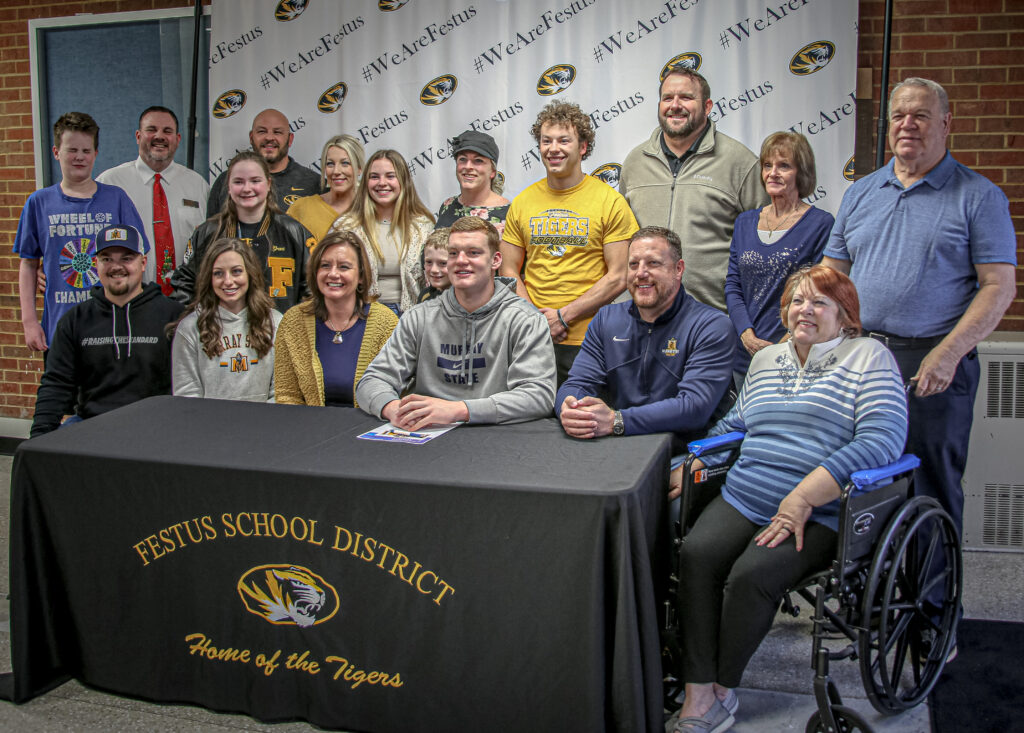 Ruess himself had some poignant thoughts on his signing and his emotions involved in one of the biggest decisions of his life, saying, “The emotions were good throughout the day, but once the signing time hit and I saw my family come roll in through the doors, the emotions shot through the roof. My heart started pounding, but it was definitely all good emotions. Murray State has the best culture and family environment anyone could ask for. And the game day environment is incredible. I also want to shout-out the coaching staff and players for making that kind of culture.” 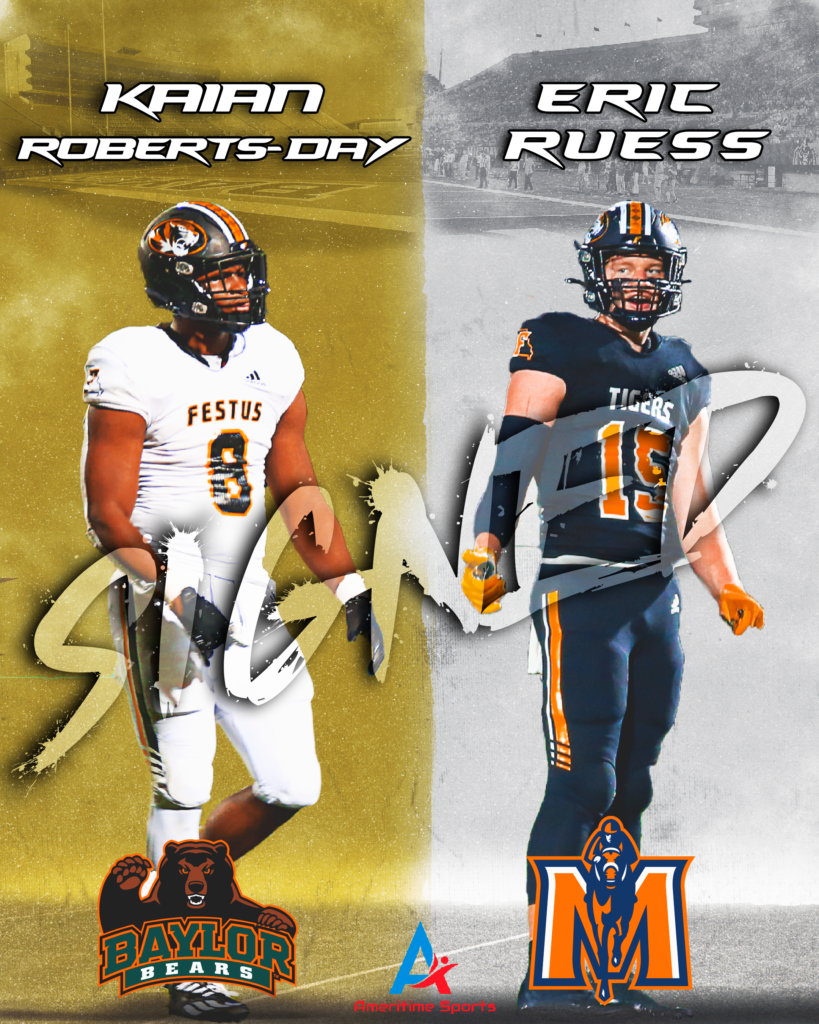 These fittingly emotional and elated words from two exceptional young athletes and their proud coach speak volumes about the importance this day holds. Both of these touted universities are better served for having made these decisions and the Ameritime family, the Festus program and community and anyone close to these talented young men could not be more proud or excited.