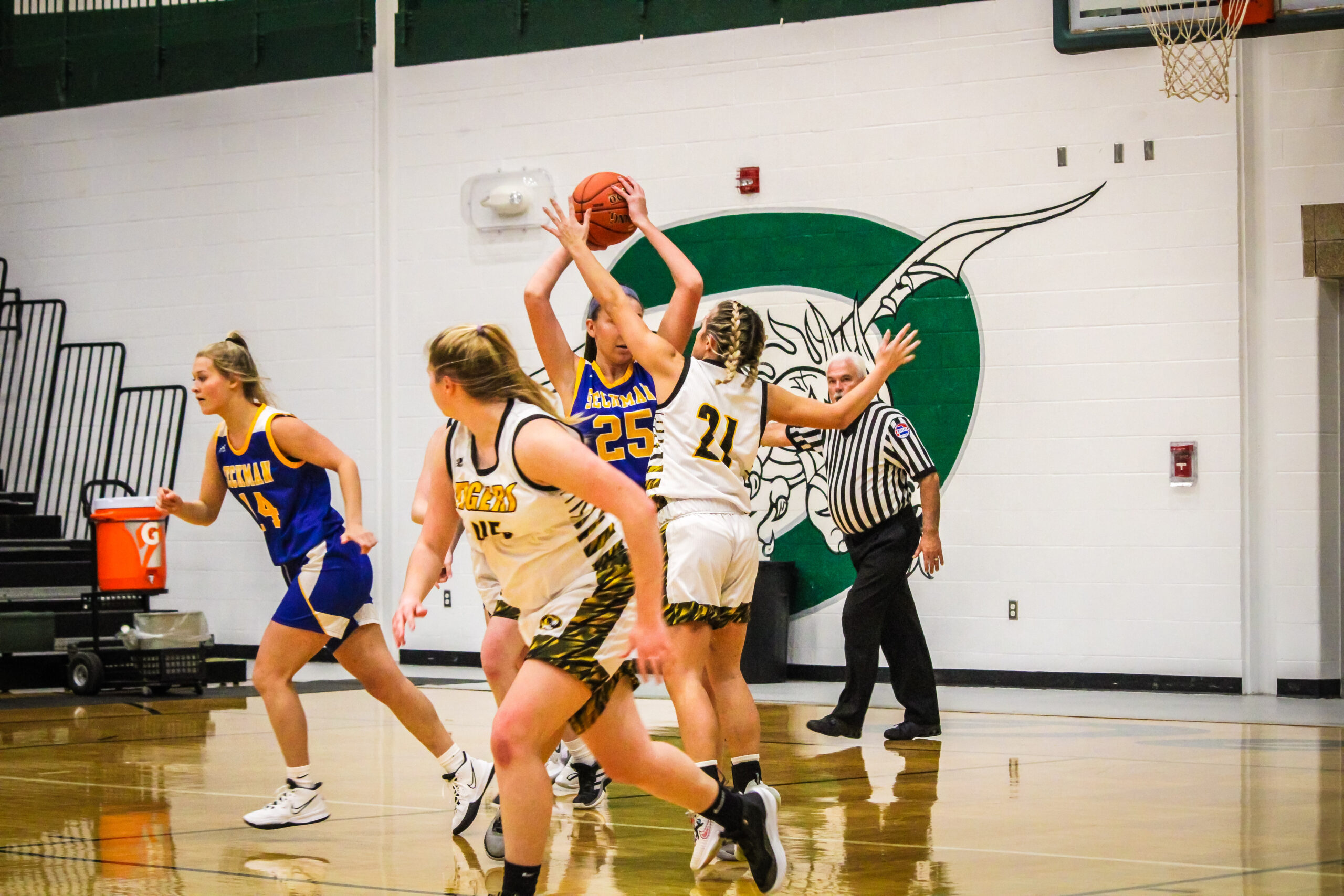 Lady Tigers Split vs Oakville and Northwest, Move to 5-1

The Festus Tigers Girls Varsity Basketball team splits a pair of games this week and is now 5-1 heading into conference play.

The Festus Tigers Girls Varsity Basketball team ran up against a tough Oakville squad and fell 63-39 on Tuesday, but rebounded with a big win over Northwest Cedar Hill High School on Friday. The 50-32 victory in the rematch of the Fountain City Tournament Final boosted their record to 5-1 on the season.

The week kicked off on Tuesday as the Tigers traveled to Oakville to take on another set of Tigers. Things were tight in the first quarter, but Festus had things well in hand with a 15-14 advantage after the first quarter. Following events went the other direction in the second though as Oakville stepped it up and drained 17 points to Festus’ 10, giving them a 31-25 lead at the half.

The third quarter (and second half in general) would not be any kinder to Festus, as they mustered just seven points and surrendered 18 to Oakville. That trend would continue in the final eight minutes of play as the Tigers of Festus put up just seven points again, while Oakville tacked on another 14. The deficit going into the half would prove to be too much to overcome and the final two frames offered no relief, as the Lady Tigers dropped their first game of the season.

Josie Allen was the team’s leading scorer once again, but managed a season-low 14 points in this one. She was just 5-of-18 from the floor and turned the ball over six times, but did manage five rebounds, three assists and a steal. Kinsey Benack and Emily Holt were the other two standouts for Festus. Benack had 12 points on 6-of-12 shooting with a pair of rebounds and assists, while Holt led the team in rebounds with eight and totaled eight points and added a couple steals.

Head Coach Steve McFarland commented on the game by saying, “Oakville was too quick and executed well. Everyone had a share of turnovers and a lack of rebounding was glaring, add to that a bad shooting night, and we will have to get our heads back in the game to get back on track.”

Things would get better two days later though as the Tigers played host to the Northwest Cedar Hill Lions on Thursday night, and Festus came out swinging. A high-pressure defense that led to turnovers and easy buckets set the tone in the first quarter and gave them a formidable 17-7 lead after the first eight minutes.

There was no letting up from the Tigers in the second either, as they posted a 15-spot while holding the Lions to just five with their revamped defense. That gave them a dominating 32-12 lead heading into the locker room at halftime, and the tone for the game had been set.

The third quarter was a tighter affair (13-11 in favor of Festus), but that’s because the lead that the Tigers had built was substantial enough to give the starters some rest and let the bench gain some valuable experience minutes in the second half. In fact, most of the starters played less than a quarter in the final half, which helps explain the 9-5 advantage that the Lions held in the final eight minutes. It was too little too late though as the Tigers hung on for the convincing 50-32 victory and moved to 5-1 on the season. 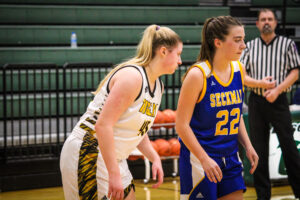 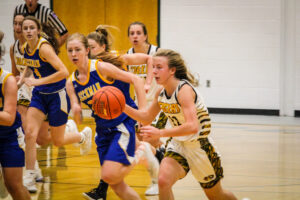 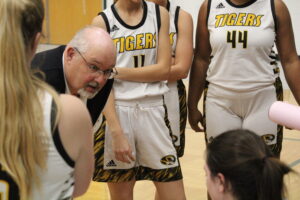 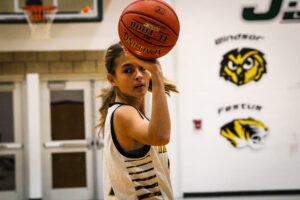 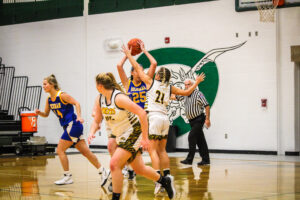 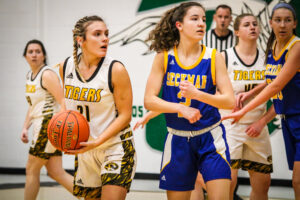 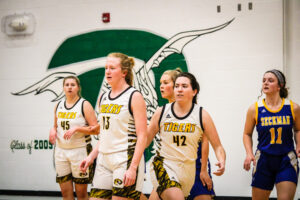 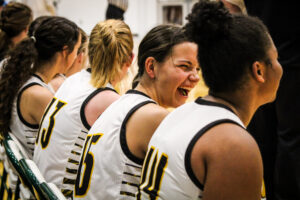 Allen was again the scoring leader with 18 points and had four rebounds, an assist and three steals to boot. Mya Courtois and Emily Holt shined defensively as Courtois had a team-leading six rebounds and Holt led the Tigers with six steals, not to mention they also chipped in 11 points between them. Benack was the other shining star as she totaled 12 points, was 2-for-2 from three point range and added five steals, three assists and two rebounds while turning the ball over just once.

It was a collaborative effort from all of the Lady Tigers and their Coach couldn’t have been prouder. McFarland beamed when saying, “We came out with good focus and determination tonight and executed well. We went up by 30 in the third and were able to get some subs extended playing time. It’s nice to be 5-1 going into conference play next week.”

The conference play he spoke of is right around the corner, and comes in the form of the Windsor Owls on Monday, December 13th. The Tigers will host that one and look to start another winning streak while they get that all important first conference victory.

Lady Tigers Split vs Oakville and Northwest, Move to 5-1