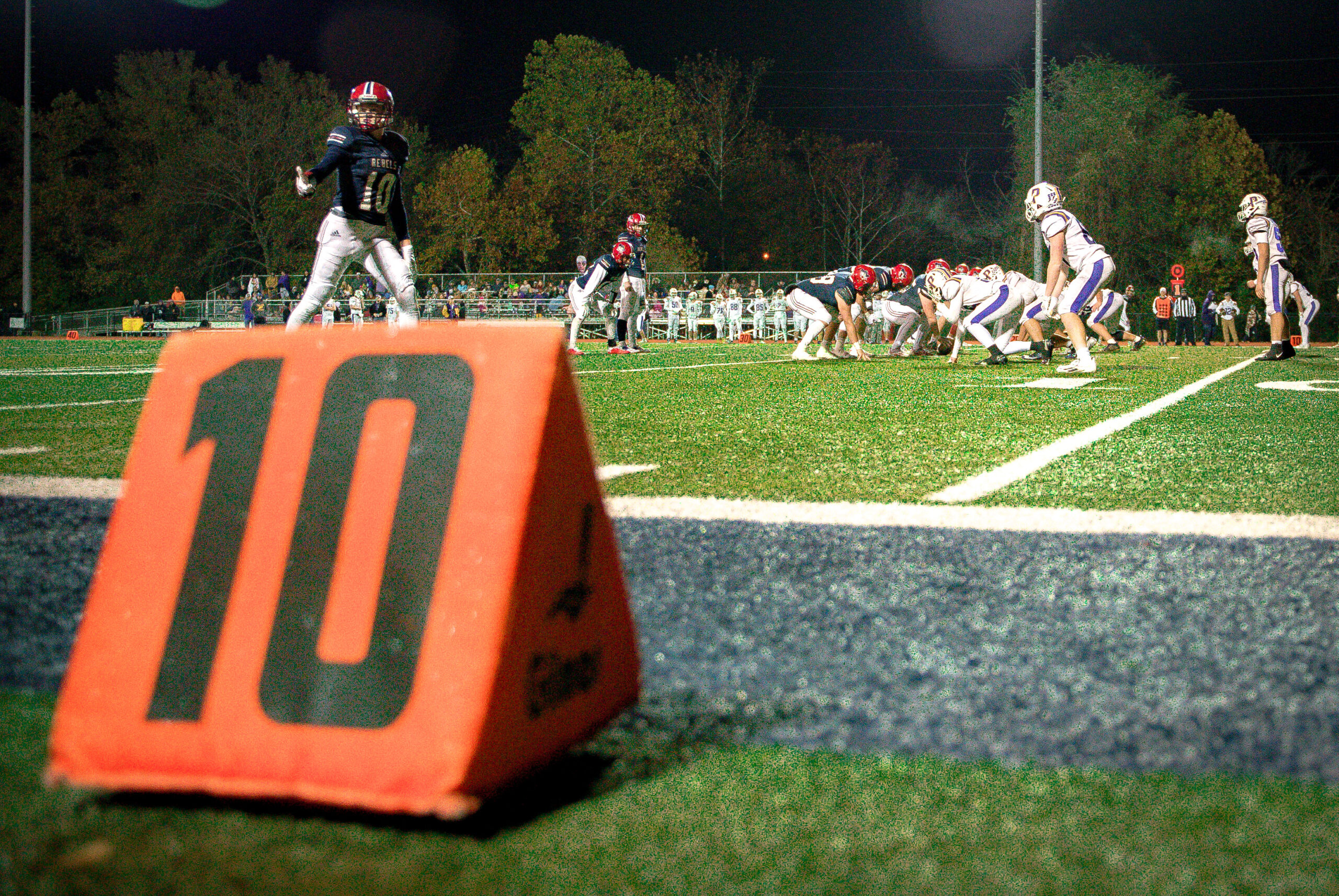 The Park Hills Central Rebels Varsity Football team trounces the Potosi Trojans to move on to round 3 in the MSHSAA football playoffs.

The Park Hills Central Rebels are on an incredible roll, and it doesn’t look like anyone can stop them. Last Friday, November 5th, the Varsity Football squad mopped the floor with the Potosi Trojans, 47-21. Central is now 9-1 on the season, which includes their current eight game winning streak.

It was a typical hot start for Central as they quickly racked up 21 points in the first quarter. Human steamroller Dayshawn Welch cracked a 51-yard touchdown run on a fourth and seven, which was only the fifth play of the game, to make it 7-0 early.

The defense then went to work forcing a quick punt. However, Potosi got the ball back on a rare Central fumble from usually sure handed Quarterback Jett Bridges. The Trojans capitalized on their first offensive play to tie the score 7-7.

After Central got the ball back, smart money was on a first play handoff to Welch, which would be bad news for the Trojans. This of course happened and Welch busted through for a huge 68-yard touchdown run to give the Rebels the lead back 14-7.

The defense held strong again, and on the next possession, who should get the ball but Welch. With only nine seconds left in the quarter, he found the end zone on a one-yard run to finish the drive, and give the Rebels a 21-7 lead after only one quarter. 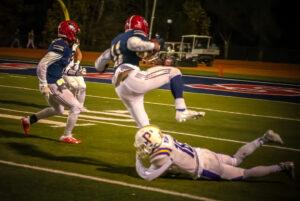 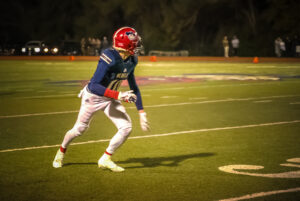 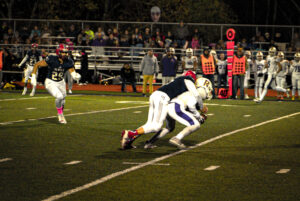 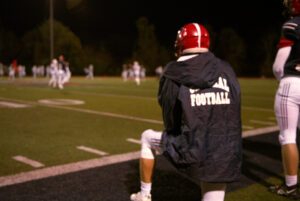 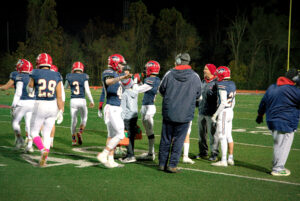 Potosi came out strong in quarter two and scored on a 14-yard pass to cut the Rebel lead to only seven, 21-14.

The next Central drive didn’t last long, as Welch hammered home another 50-yard touchdown, his fourth score of the game. However, this time the extra point missed, making the score 27-14.

Finally getting someone else in on the action, Bridges found Slade Schweiss for a 44-yard touchdown pass with just under a minute to go in the first half. The extra point was good, so going into the break, the Rebels led the Trojans 34-14.

Midway through the third quarter, Potosi hit a long pass for a touchdown to add another seven, points to make it 34-21.

Bridges wouldn’t stand for that though, and quickly responded with a 16-yard touchdown pass to Ruger Sutton. Central went for two, but the conversion failed, making it a 40-21 game after three quarters.

Early in the fourth quarter, Bridges found Jobe Bryant from 16 yards out for a touchdown, which made it 47-21. The defense held strong for the rest of the game, giving the Rebels the victory, as they advance in to the District finals in the MSHSAA playoffs.

Rushing was the key to success in this one, as the Rebels moved the ball 275 yards on 36 carries. Welch was responsible for 235 of those on 20 tries. Bryant and Casen Murphy each had two carries for 18 and 13 yards respectively.

Bridges was solid with his passing, completing 15 of 23 attempts for 220 yards, including three touchdowns. Bryant had six catches for 51 yards, while Grant Manion had five for 99.

Defensively the Rebels had four QB sacks. Xander Burke and Dylan Holifield each had two. Also, Murphy and Ty Schweiss each had interceptions.

Up next for the Central Rebels is the always tough 8-2 Kennett Indians. The Rebels face off against the Indians for the District Championship next Friday, November 12th, in a home game, which kicks off at 7:00 p.m.