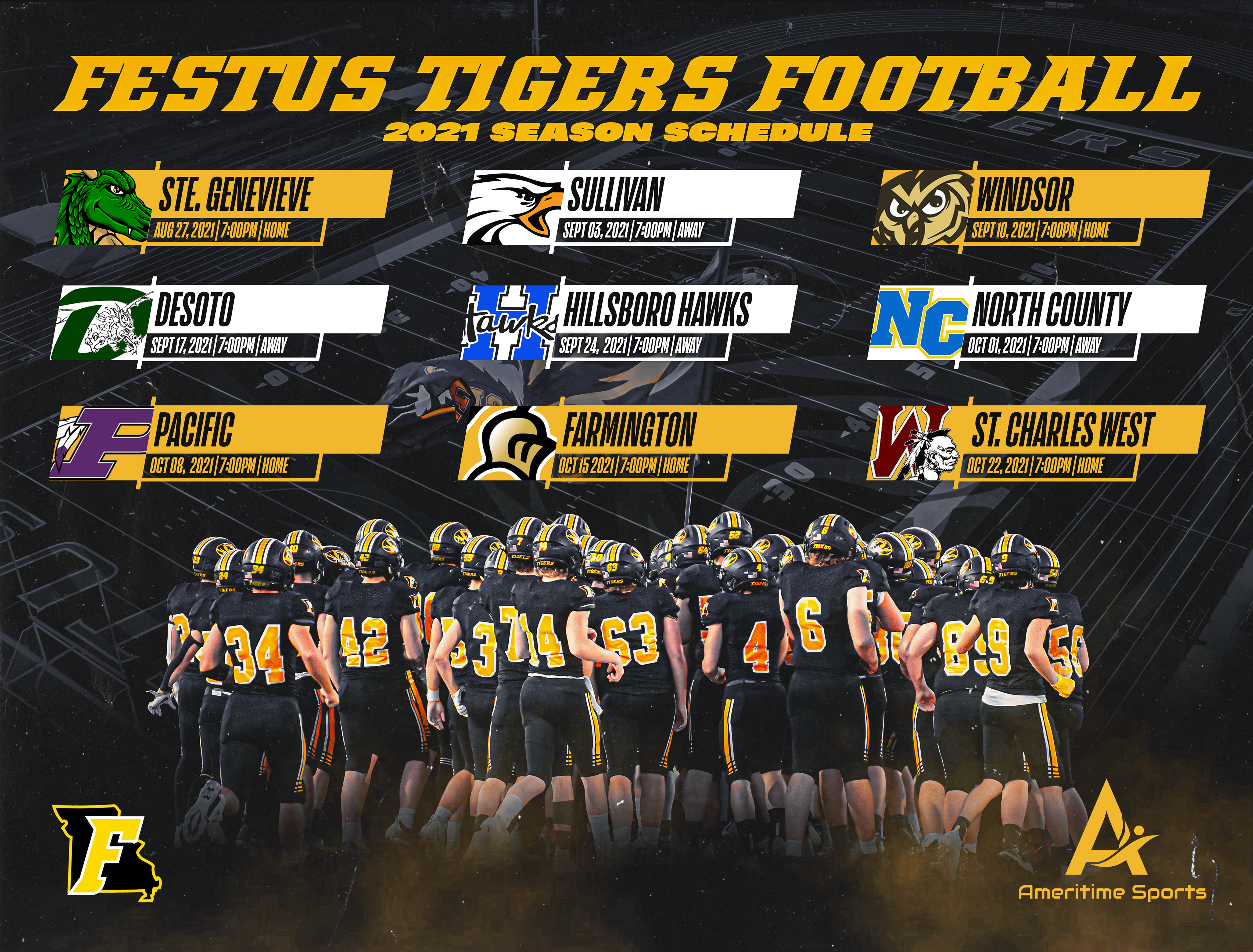 The Festus Tigers Varsity Football team looks to end the season on a winning note as they take on St. Charles West in their regular season finale.

With one week to go in the regular season, the Festus Tigers Varsity Football team will look to end on a win, before beginning playoffs. This week, the Tigers will host the final game, a non-district matchup, against the St. Charles West Warriors.

Last week was a rough outing for Festus. The Tigers were beaten by the Farmington Knights 28-20, dropping their record to 4-4. However, the playoff bracket is already set for the Tigers, who went 2-3 in district play to take the third seed. That means this final game of the season is simply a chance to set the tone for the first round of playoffs.

The Tigers have been able to put up a lot of points this season. In fact, Festus has in total scored 326, and given up only 215. Meanwhile, the 4-4 Warriors have had a tough time putting points on the board. They’ve only scored 171 and have given up 245. However, these two schools play in different divisions, so that may not tell the whole story.

Offensively for the Tigers, quarterback Cole Rickermann has been stellar. Last week he completed 15 of 26 passes for 364 yards and three touchdowns. Arhmad Branch was the main recipient and he had four catches for 129 yards, including two touchdowns. Eric Ruess also had four receptions for 78 yards.

On the ground, however, the team struggled, managing to only move the ball 100 yards. Landen Bradshaw had 12 carries for 75 yards, while Rickermann had 23 yards.

This week’s showdown should be an evenly matched affair. Both Festus and St. Charles West would love to end the season with a win, but only one will be successful. These two powerhouses will take to the gridiron this Friday, October 22nd, with a 7:00 p.m. kickoff.