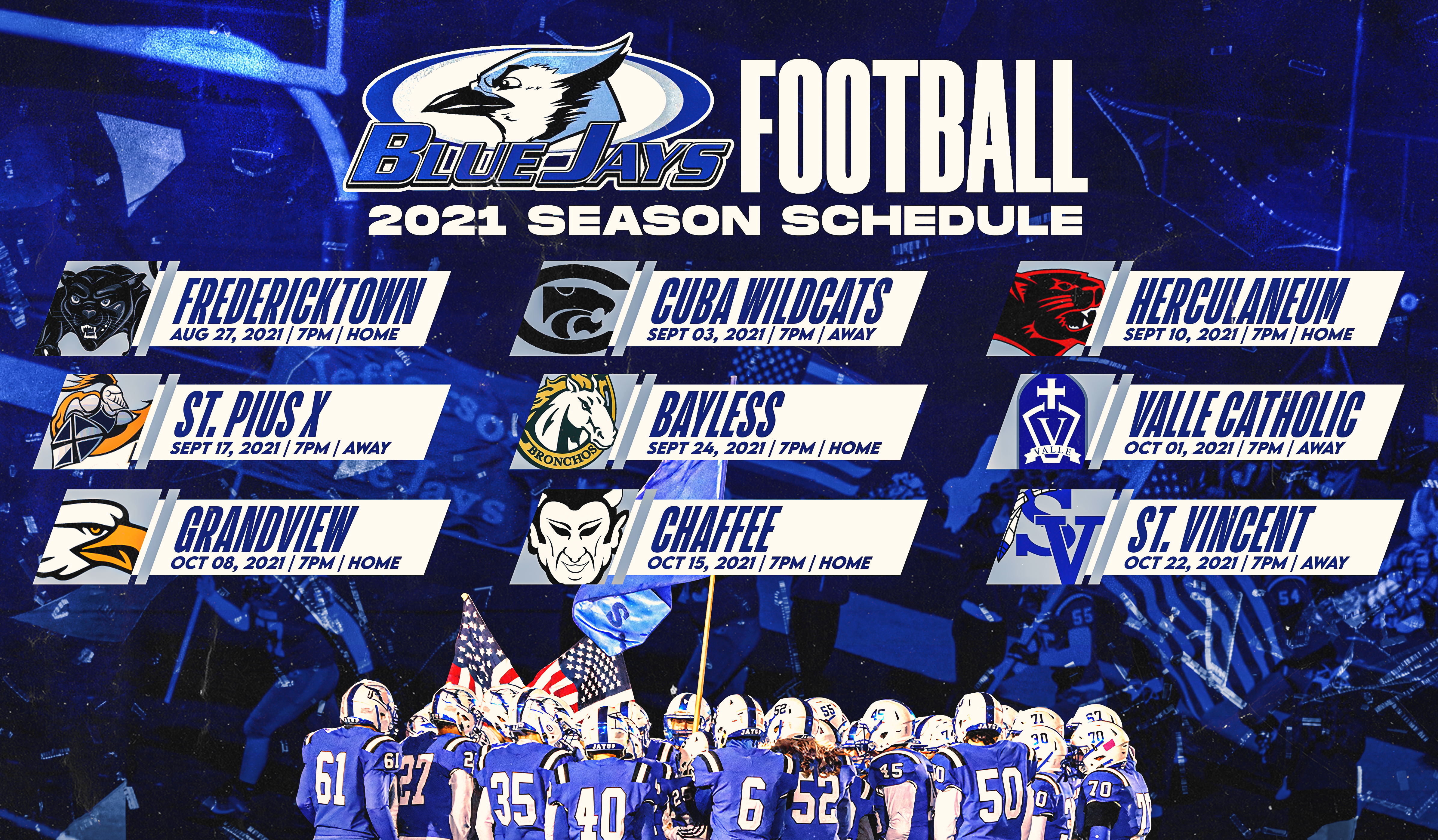 The Jefferson R-7 Blue Jays Varsity Football team looks to put last week’s loss in the rearview mirror as they take on the winless Bayless Broncos in a district showdown.

This Friday, September 24th, the Jefferson R-7 Varsity Football team will be in action. The Blue Jays will host the Bayless Broncos in an important district game.

The 3-1 Jefferson Blue Jays are coming off their first loss of the season at the hands of the St. Pius Lancers 24-20. The Blue Jays had the game seemingly won with 48 seconds left, up by three after kicking a field goal, but the Lancers won on the last play of the game, throwing a 61-yard bomb that went for a touchdown with no time left on the clock.

On the other side, Bayless has yet to find a win this season, and they come into the game at 0-4. Last week the Broncos lost 44-22 to Faith Walk Academy. The season hasn’t gone well for them, but on any given Friday night, any team could find a way to win.

Last week the offense of the Blue Jays was solid. On 28 rushing attempts, the team powered out 127 yards. Dylan Travica was the primary ball carrier. He rushed the ball 10 times for 48 yards and two touchdowns. Will Breeze had eight carries for 33 yards. Sam Stokes had four runs for 21 yards.

The passing game was strong as well. Quarterback Drew Breeze threw for 171 yards, completing 12 of 16 passes. Colton Richardson had four catches for 51 yards and W. Breeze had three receptions for 51 yards. Stokes caught three passes for 41 yards while Chase Politte also had two catches for 25 yards.

This Friday is an opportunity for both teams to right the ship. The Blue Jays certainly felt the sting of the last-second loss, and could come out with a lot to prove. However, the Broncos haven’t tasted victory at all this season, and could enter the game very hungry. One thing is certain, it’s going to be another fun Friday night of high school football action!