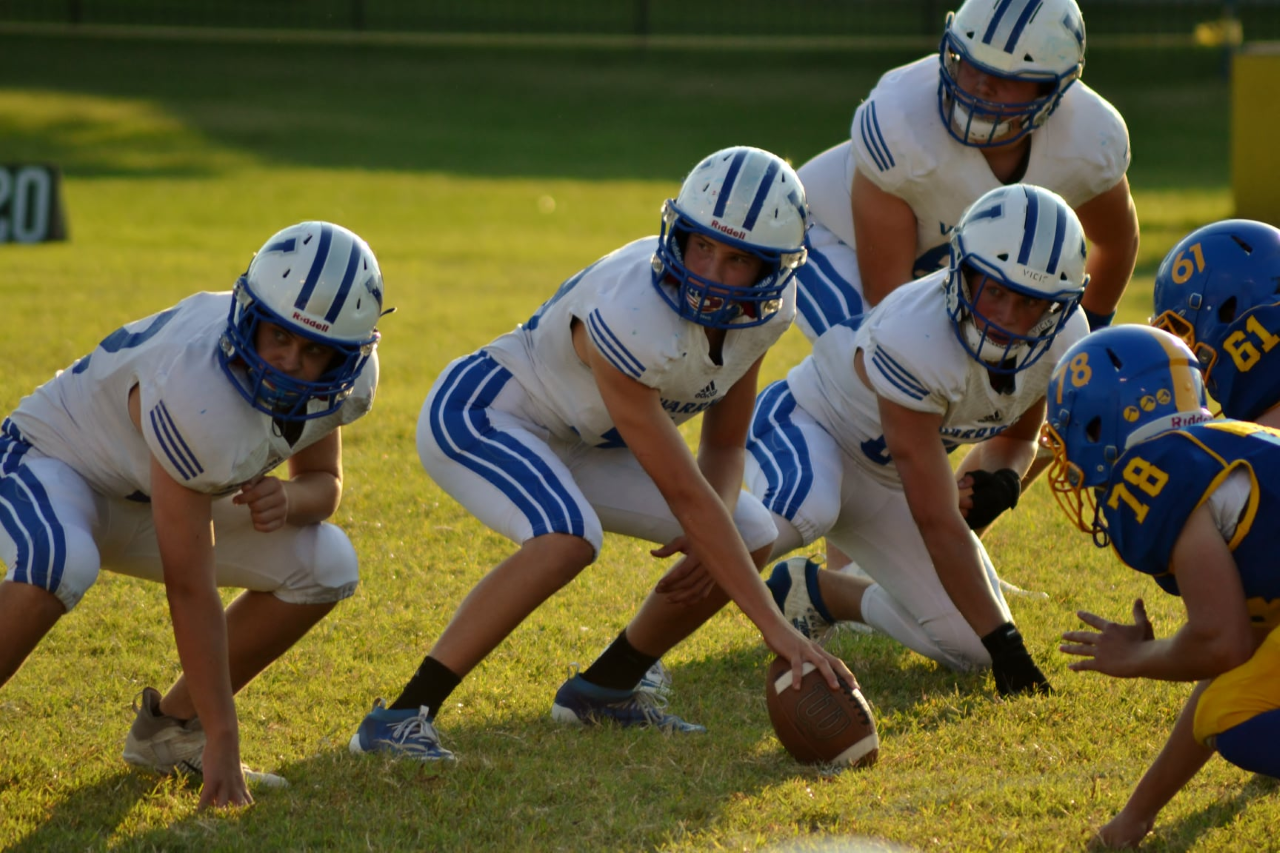 The Valle Catholic Warriors JV Football team take down the St. Vincent Indians in style with a shutout for their second win of the season.

In week one, the Valle Catholic Warriors JV Football team stuck mostly to the ground to defeat their crosstown rival Ste. Genevieve.  In week two, they showed their diversity by mostly utilizing their passing attack to defeat their rival to the south, St. Vincent.  Wildcat quarterback Alex Viox got the Warriors on the board with a five-yard run at the 5:04 mark in the first.  Will Kuehn then converted his first of five extra points to give the Warriors a 7-0 lead.  Connor Clanton hit Cohen Gibbs on a beautifully executed 34-yard corner route to make the score 14-0 with 2:50 left in the first.  A third Warrior quarterback Wyatt Fallert hit AJ Basler on a 32-yard fade with 9:01 to go in the second.  Basler made an incredible catch to chase down a great ball by W. Fallert.

Rylan Fallert got the defense involved with a pick-six with 4:14 to go in the half.  Then the Wyatt Fallert to Basler connection continued with a 51-yard touchdown pass with just 39 seconds left in the half.  The Warriors scoring came to an end with a fourth Warrior quarterback getting into the action as Carter Grass made a great read to hit Colin Henderson with a 10-yard touchdown pass with 2:48 to go in the third.

The Warriors were once again led on defense by Gibbs who had three tackles for loss.  This is the second straight shut-out for the Warriors defense.  Josh Fallert led the team in tackles with eight total, followed closely by Basler who had seven.  In addition to Fallert’s pick-six, Isaac Basler hauled in a one-handed interception as well.