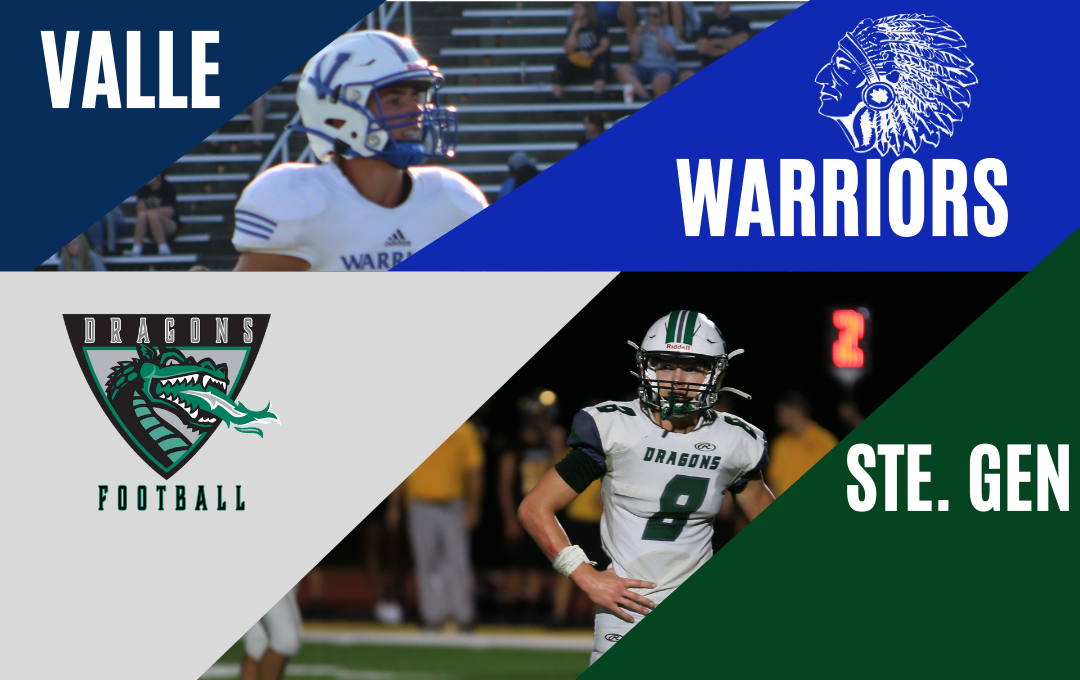 Week two of the High School football season presents us with one of the oldest rivalries in the state of Missouri. The Valle Catholic Warriors will walk a few blocks up the hill to take on the Ste. Genevieve Dragons on Friday, September 3rd.

These two teams have been playing football against each other for longer than most of the people reading this have been alive. This is always a highly anticipated matchup that provides one team bragging rights until they meet again.

Valle has controlled the rivalry in recent years. They have won seven of the last eight matchups with St. Gen including the last two in a row. However, Ste. Gen is coming off of a hard-fought 36-33 win over Festus in week one. Zach Boyer had himself a night. He ran for 115 yards and a touchdown. He also caught five passes for 54 yards and a touchdown. Aiden Boyer passed for three touchdowns and racked up 171 total yards. The Dragons’ new Head Coach, Jay Pope, has this group as motivated as ever. Not to mention, Pope is a former Valle player and coach.

Valle is coming off of a week one slaughter over Skyline. The Warriors won 50-14 and ran the ball up and down the field at will. They ran for 579 yards, 415 of which came in the first half. Bryce Giesler carried the ball seven times for over 200 yards. Chase Fallert carried the ball six times and racked up over 150 yards.

The last few meetings leaned heavily towards Valle including last season when the Warriors crushed the Dragons 42-7. The Dragons are out for revenge, and Valle would like to keep the rivalry in their control. Who will be deemed Ste. Genevieve, Missouri’s top dog? Stay tuned Friday, September 3rd at 7 pm to find out.

Good luck out there boys!