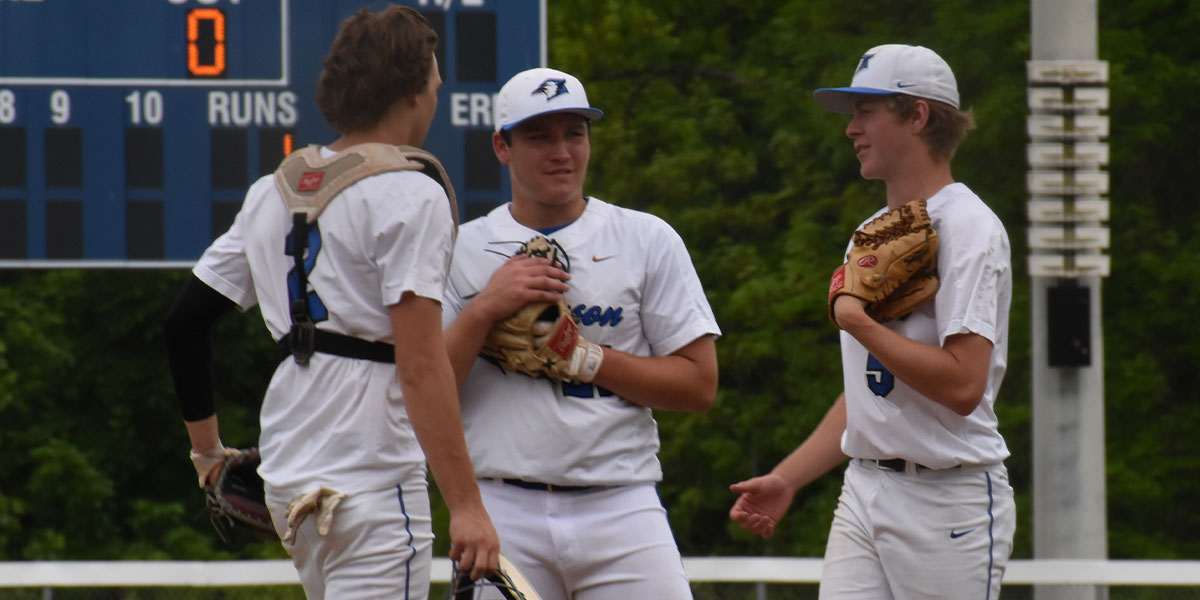 The Jefferson R7 Blue Jays Varsity Baseball squad beat the Cuba Wildcats 4-3 off of Dawson Jakoubek’s RBI double in the bottom of the ninth inning. The Blue Jays move on to the State Quarterfinals against Kelly on Thursday, May 27th.

Dawson Jakoubek’s walk-off RBI double led the Jefferson Blue Jays Varsity Baseball team past the Cuba Wildcats 4-3 and into the next round of the Class Three State Playoffs.

This was a tightly contested game all the way until the last pitch was thrown. The first runs of the game weren’t scored until the top of the third. Jefferson committed an error and walked two batters, which loaded the bases. Cuba then smoked a bases-clearing double and put themselves ahead 3-0.

The Blue Jays struck back in the bottom of the fourth. Will Schnitzler started the inning with a leadoff double. Colton Richardson then hit an RBI single to center field that allowed Schnitzler to score. Jack Hueter followed that with an RBI single of his own that brought Richardson home. Two batters later, Daylen Whitener hit a sacrifice fly to right field and tied the game at three.

From there it was about who was going to slip up first. Both sides’ pitching and defense executed well. Unfortunately for Cuba, one team had to move on.

The game was forced into extra innings and it wasn’t until the bottom of the ninth that the game was decided. The team stayed confident as the game headed past the seventh inning.

“We were focused on putting the ball in play and getting guys into scoring position,” Ethan Boyer said. “We had to keep the energy up in the dugout and make sure everyone was up and ready to go.”

Whitener led off the inning with a single and advanced to second base on a passed ball. Jakoubek came to the plate and sent the Wildcats packing. He drove a double into left field, and Whitener came around to score. The Blue Jays won 4-3 and live to see another day.

“We just believed we were going to win the game all day,” Colby Ott said. “We never once thought we might lose and I think that’s why we ended up sticking it out for the win.”

Schnitzler, Richardson and Jakoubek led the team with two hits each. Richardson was 2-4 with one run scored and one RBI. Hueter was 1-4 with an RBI and scored a run. Whitener was 1-2 with one RBI and one run scored. Jakoubek was 2-5 and had the most important RBI of the game. They outhit Cuba 10-4.

Dylan Schnitzler started the game on the mound. He pitched five innings, allowed three runs on three hits and struck out five batters. Whitener pitched the final four innings. He allowed only one hit and struck out six batters.

The Blue Jays took down sectionals and are ready for the next challenge. They are 16-8 and are playing their best baseball of the year. Next they take on Kelly on Thursday, May 27th in the State Quarterfinals.