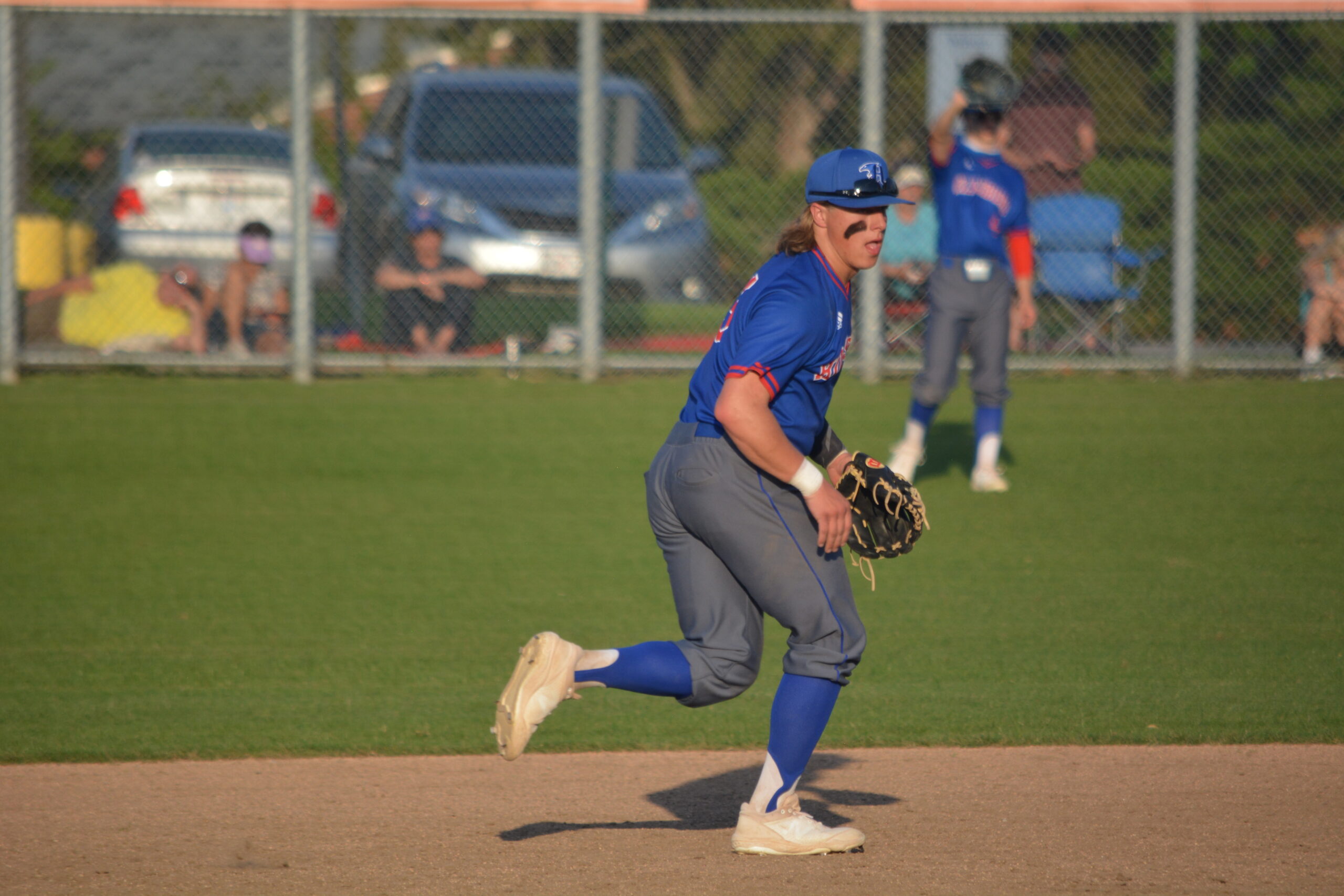 The surge continues as the Hillsboro Hawks Varsity Baseball takes down Perryville 5-1 for their fourth straight win on Wednesday May 5th.

The Hillsboro Hawks Varsity Baseball earned their fourth win in a row on Wednesday May 5th with a 5-1 victory over the Perryville Pirates. The Hawks had a much tougher time with the Pirates this go-around than they did last week with their 18-3 three-inning shutdown.

The Hawks started the scoring in the second inning when Andrew Brody drew a walk and moved to third on a Jase Stewart single. Cruz Valencia then scored Brody on a productive out, and the Hawks were on the board, ending the inning up 1-0. Arnold held the Pirates scoreless after getting into a jam with two runners on and two outs, but struck out the final batter to bring Hillsboro back to the plate.

Both teams were held quiet in the third inning but Hillsboro tallied another run in the fourth when Brody drew another walk and then took second on a stolen base. He was scored on another single from Stewart, however the Pirates were able to stop the bleeding and struck out the side. The Hawks ended the inning up 2-0.

Hillsboro got into trouble in the bottom of the fourth with a runner on first and third. A long fly ball hit to deep left field was worrisome, but Valencia made the first out and hosed the runner from third base at the plate to keep the Pirates scoreless. Stewart then threw out a runner trying to steal second and shut down the Perryville offense for the inning.

The Hawks were silenced in the fifth and the Pirates scored their only run of the game when Arnold gave up a walk. It came back to bite him when the runner reached third on an error and scored on a fielder’s choice. Hillsboro kept the sheet clean the rest of the way.

Hillsboro then capitalized on walks of their own in the sixth. Andrew Chaves led off the inning with a four-pitch walk, and then turned around and stole second. The Pirates pitcher balked and Chaves scored on a double from Brody. Unfortunately, Brody was thrown out trying to stretch his double in to a triple. Stewart followed the Chaves plan, and took second after drawing a walk. He made it to third on a passed ball, and then scored on a double stroked to right field by Arnold. The Hawks ended the inning up 4-1.

They scored their final run of the game in the seventh inning when Austin Romaine reched second on an error and then took third on a stolen base. Brody ripped a double to right and Romaine crossed home.

“This wasn’t one of our prettier games,” said Head Coach Kevin Lucas. “But we bared down at some important times. We made a few errors to give them some extra base runners but came up with some big plays to get out of it. Late in the game we added some insurance runs which helped us relax more going into their last at bat. We will need to do better against Windsor, but I’ll take this win any day.”

Hillsboro has a home-and-home against Windsor on Thursday and Friday May 6th and 7th.