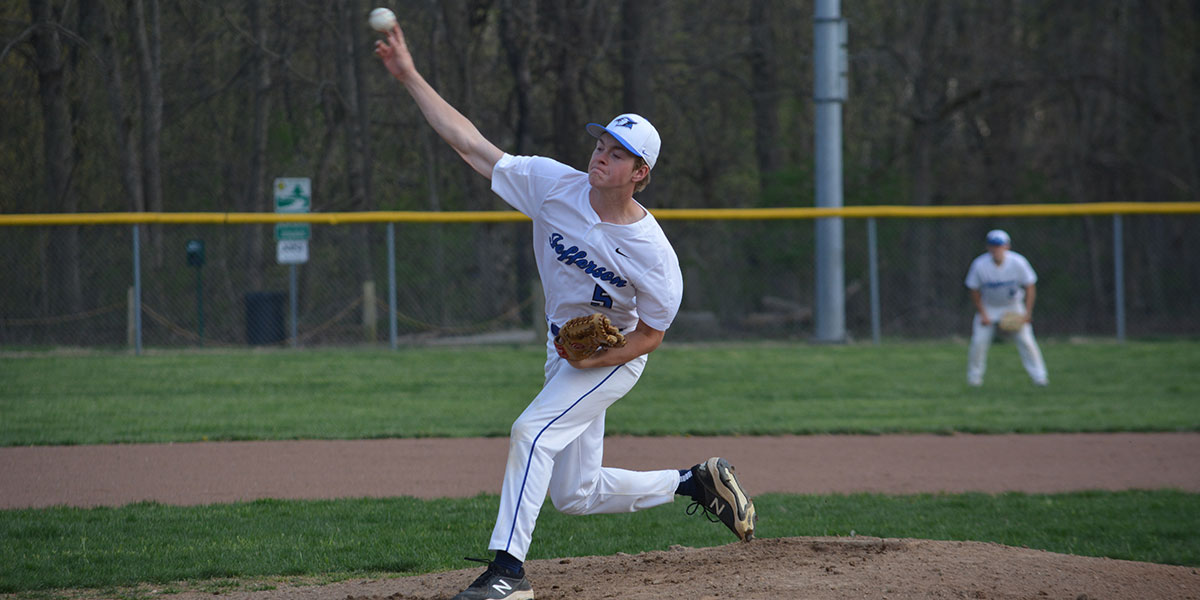 The Jefferson R7 Blue Jays beat the Crystal City Hornets 9-1 for their fifth consecutive win. They look to keep the streak going on Thursday April 29th against St. Vincent.

The Jefferson R7 Blue Jays Varsity Baseball Team rolled over the Crystal City Hornets 9-1 for their fifth win in a row. The Blue Jays have beaten Crystal City five consecutive times dating back to 2016.

The Blue Jays wasted no time lighting up the scoreboard in this one. After they loaded the bases to start the game in the first inning, Colby Ott was hit by a pitch that brought the first run of the game home. Two batters later, Sam Stokes smacked a single into left field that cleared the bases. Stokes later scored on an RBI groundout from Colton Richardson. Jefferson left the first ahead 5-0.

The Blue Jays continued to sprinkle in runs over the course of the game. They scored once in the second inning by way of another Stokes RBI. In the third Daylen Whitener hit a single that brought Richardson around to score. Jefferson led 7-0.

The Hornets scored their only run of the game in the bottom of the fifth off of a homerun. In the top of the sixth, Dawson Jakoubek came around to score off of an Ott double. They put the cherry on top of the blowout with another RBI single from Whitener. Jefferson won 9-1.

Whitener led the team in hits with three. He also had two RBIs. Richardson and Ott each had two hits. Richardson scored a run and picked up an RBI as well, while Stokes had three RBIs to lead the team. Jefferson outhit Crystal City 10-5.

Whitener put together yet another stellar performance on the mound. He threw 89 pitches through all seven innings, allowed one run on five hits and struck out seven batters.

The Blue Jays are buzzing. They have won five in a row and eight of their last ten. They look to keep the streak going on Thursday, April 29th against St. Vincent.