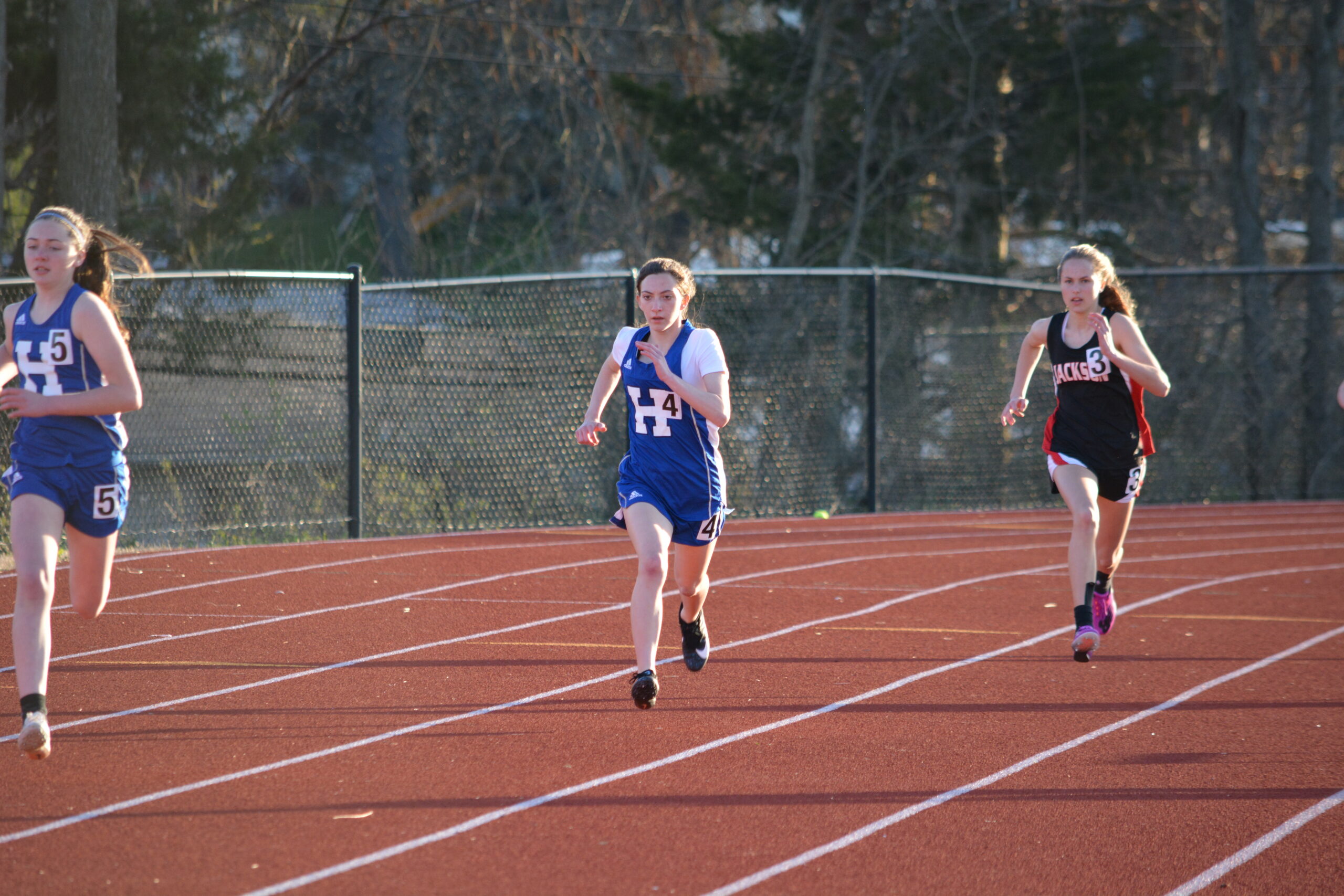 Hillsboro Track and Field hosted Herculaneum and De Soto in a Tri-Meet on Monday April 19th and set several personal records, including one impressive school record. Head Coach Dina Holland praised the schools coming together in the spirit of good competition. “It was a nice event in which we combined a meet to feature our Jr High and our High School teams,” said Holland. “It was a great community event with De Soto and Herculaneum.  We had some great performances and our kids continued to achieve personal bests.”

She also highlighted several personal records set by the Hawks. “Mackenzie Golden came out and threw a personal record of 24.56 in Discus.  Destiny Thomas jumped a personal best in Triple Jump with a leap of 9.49 meters.  Sidney Buettner ran a season’s best in the 400 meters. We also had Maya Wright break a school record from 1996 in the 100 meter hurdles, with a 15.91 seconds.”

Wright has been a force of nature all season for the Hawks. She also took top spot in the 300 Meter Hurdles, dusting the competition with a time of 49.33 seconds, where the next closest competitor was more than three seconds slower. She also earned second place in Long Jump with a 4.58 meter leap.

Cassidy Herget was good for a 9.52 meter Triple Jump which earned her first place. She and VanHorn were first and second in the High Jump, both clearing a distance of 1.42 meters. Herget also took third place in the Long Jump with 4.43 meters.

Finally, Evie Roland had a 32.85 meter Javelin throw which earned her second place.

Hillsboro Track and Field competes in the De Soto Invitational on Friday April 23rd and host the JCAA Conference Meet on Wednesday and Thursday, April 28th and 29th.