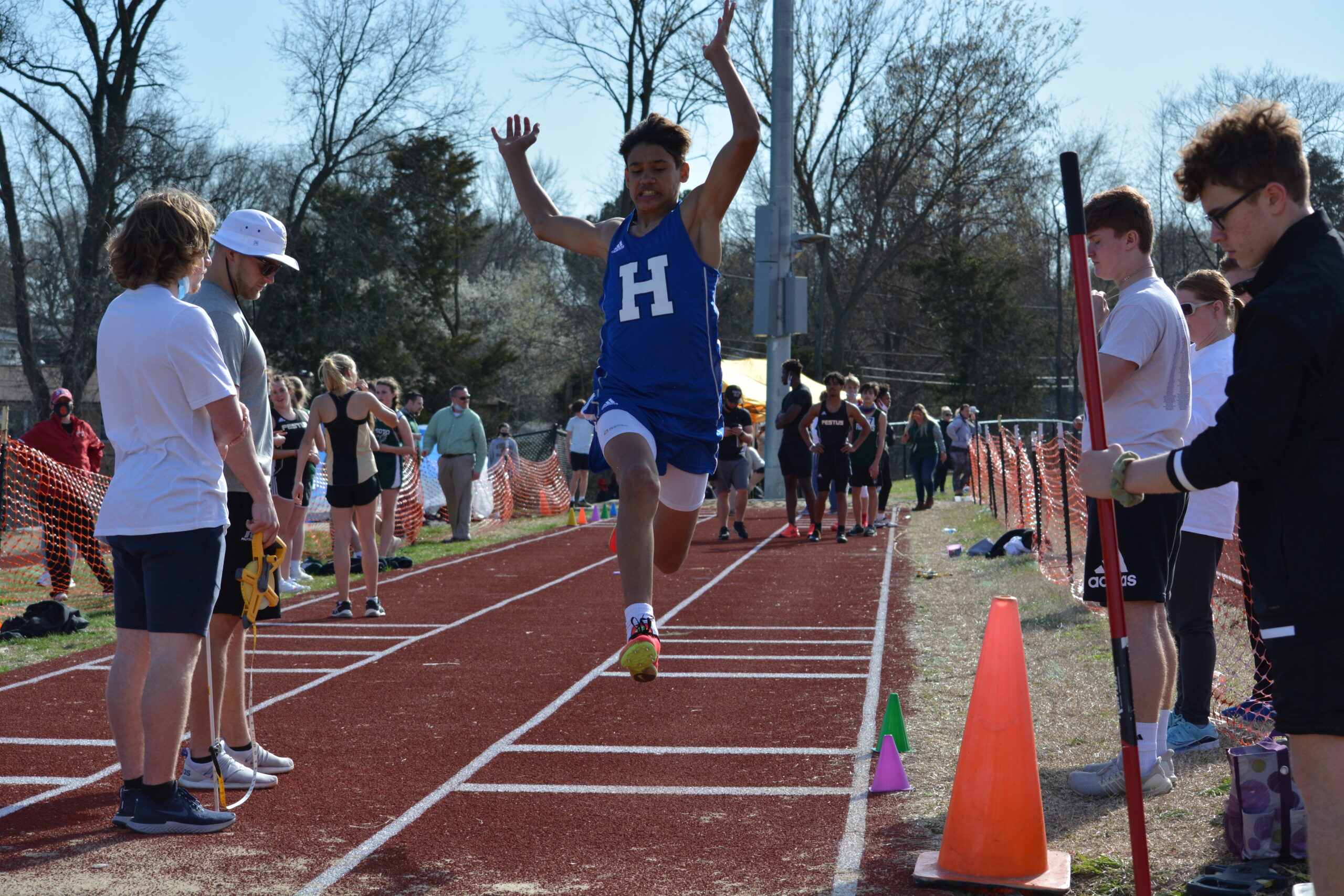 The Hillsboro Boys Track and Field squad battle Herculaneum and De Soto at their home track on Monday April 19th where they fill up the podium in multiple events.

The Hillsboro Boys Track and Field team hosted Herculaneum and De Soto on Monday April 19th. Head Coach Todd Medley said, “It felt like  it was a huge success for our JH kids to get to see the HS kids compete and vice versa. [I am] hoping it goes a long way with establishing a family-like culture. It was an outstanding job by all who helped plan and support the evening and being able to honor and give back to our own Coach Horn.”

Tristan Jones blew away the competition in the Triple Jump, clearing 12.99 meters, more than a meter further than the next closest competitor. He also took first in the Long Jump, sharing the podium with two other Hillsboro athletes (Chase Sucharski and Brown) with heights of 5.92, 5.50, and 5.48.

The Hawks travel to the De Soto Invitationals on Friday April 23rd before hosting the JCAA Conference Meet Wednesday and Thursday, April 28th and 29th.